Windows Azure Pack – Next steps on installation, configuration, and what the portal looks like (#SCOM, #Azure)

The following is a summary of what I’ve found working with the Windows Azure pack so far in an all-in-one Windows Server 2012 R2 system. I was glad to see that the community had already jumped in on this (good stuff Stanislav, and congratulations on your MVP award!). I started my blog post from where Stanislav’s left off at: http://cloudadministrator.wordpress.com/2013/06/30/install-all-system-center-2012-r2-preview-components-and-windows-azure-pack-preview-part-9-windows-azure-pack/.

This blog post will discuss next steps to configure the portal, what’s added, steps when logging into the portal, what the portal looks like, shows how the Windows Azure Pack and the Azure UI compare, and provides some additional reference links on this pack. 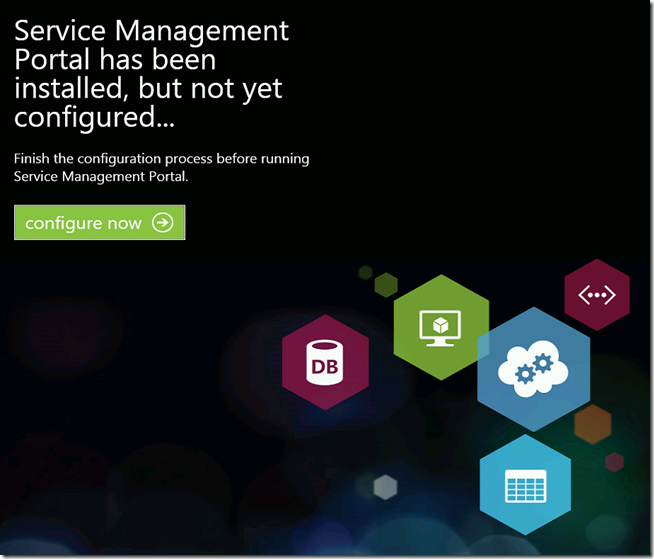 After pressing Configure Now this is what appears: 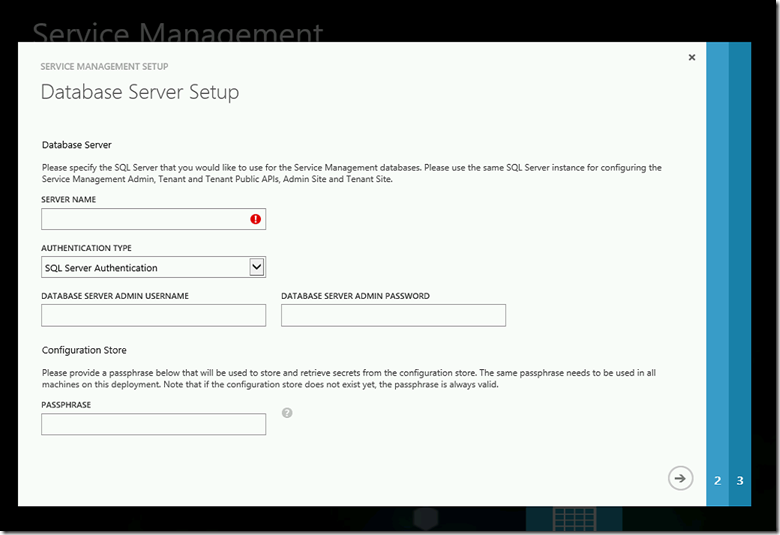 I ran into issues getting the database to setup. I ended up setting SQL for Windows and SQL authentication, restarting services, and trying other items to get past this page. 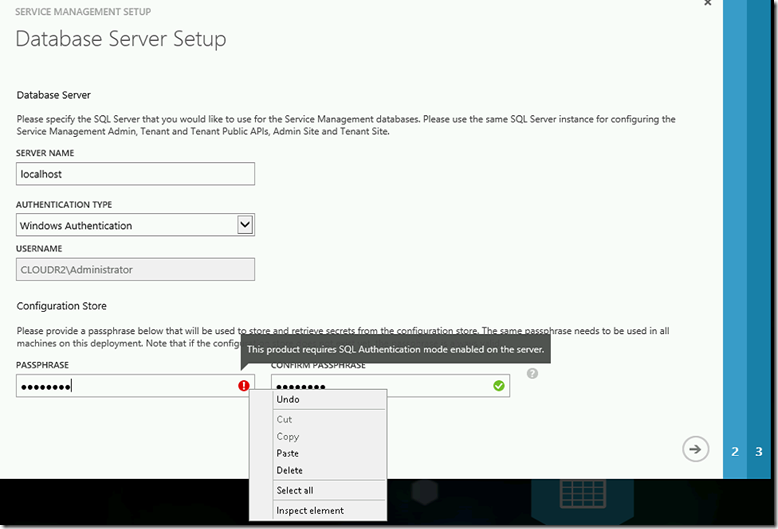 The change to SQL Server and Windows Authentication mode was made on the security tab in SQL Server Management Studio on the properties of the database server. 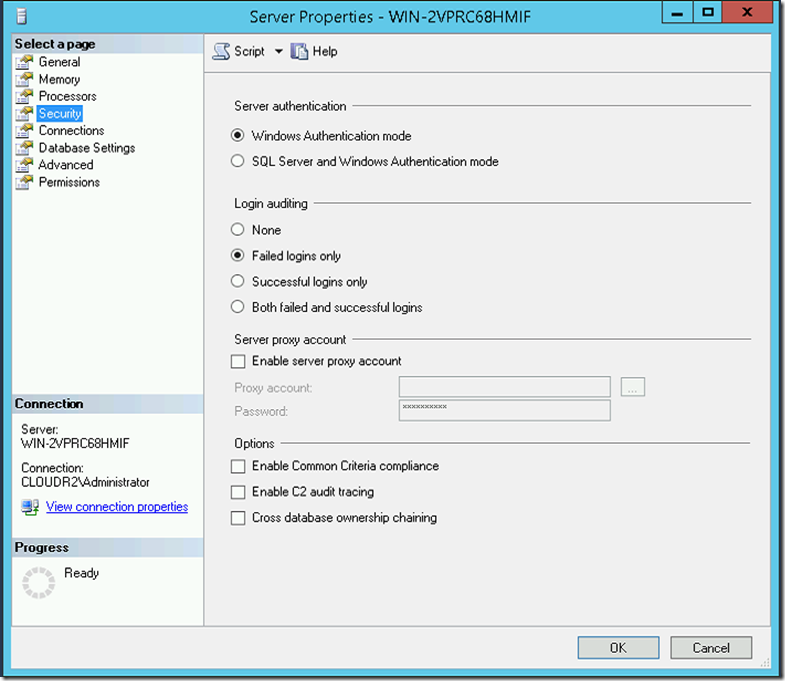 I made the change to “SQL Server and Windows Authentication” mode and restarted the SQL service. I would like to say that I was able to create a SQL account and use that to log in, or that I was able to get logged in via sa but neither of those was true for my lab. Somehow I ended up faking my way through windows auth using the name of the server, windows authentication and a good passphrase. 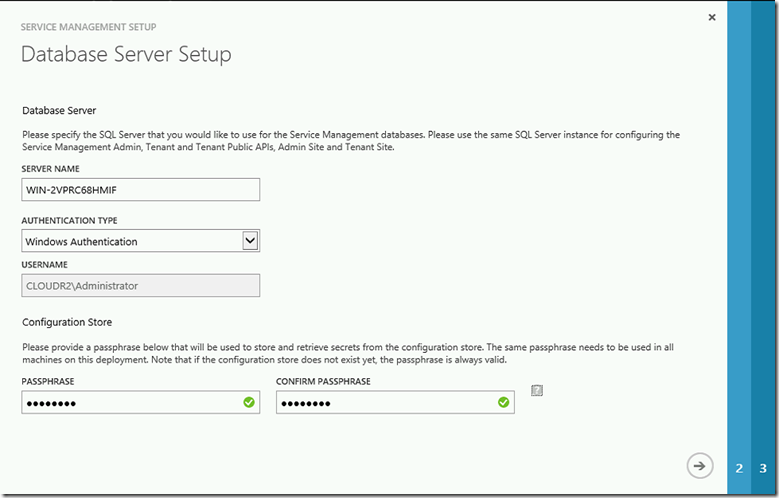 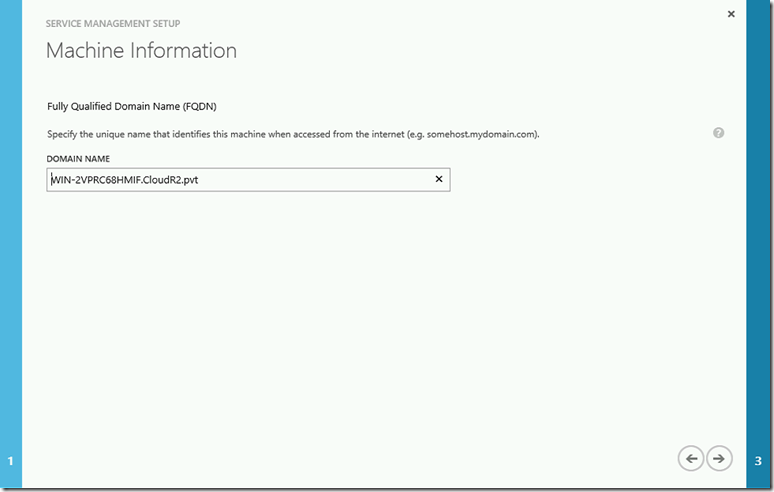 And then the features setup screen appeared: 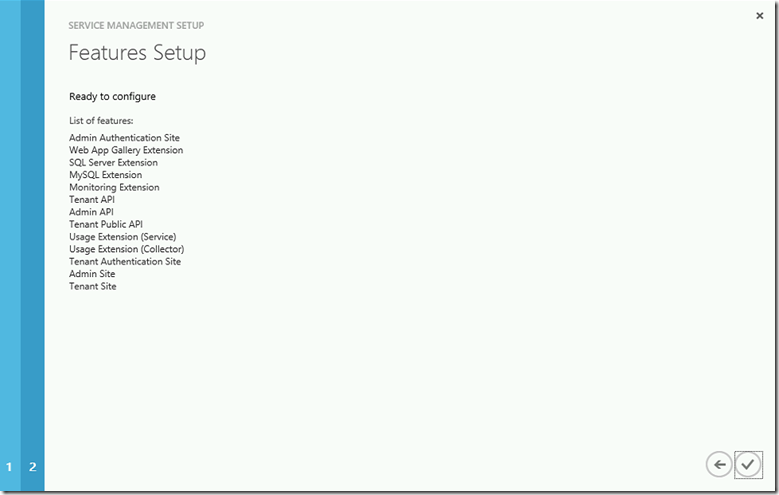 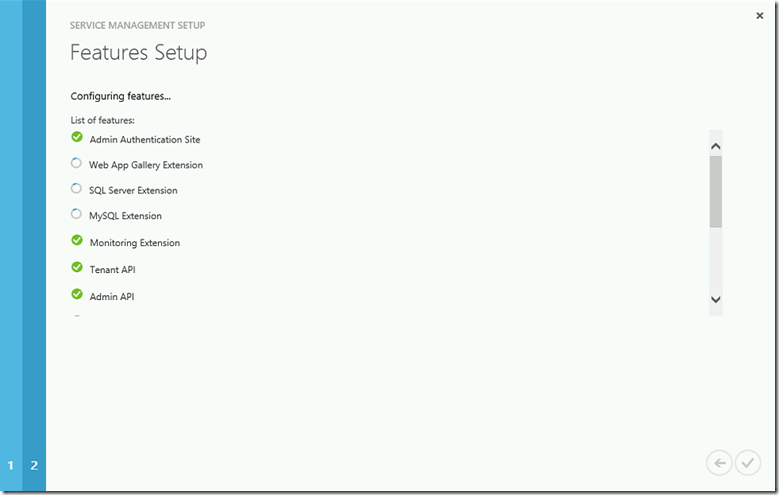 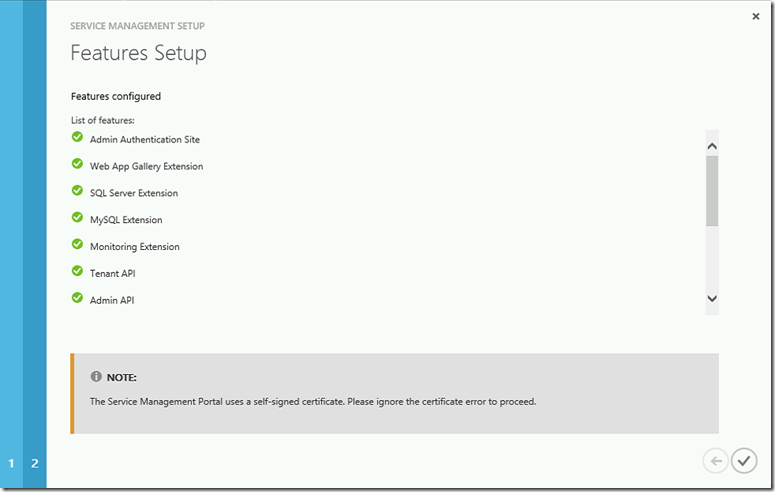 The following databases were created: 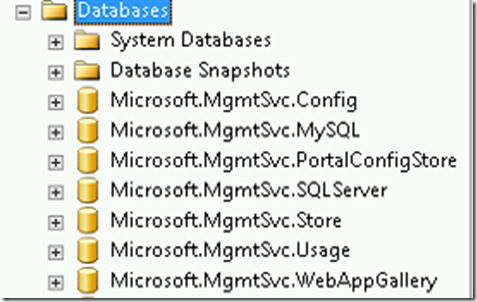 The following websites were added: 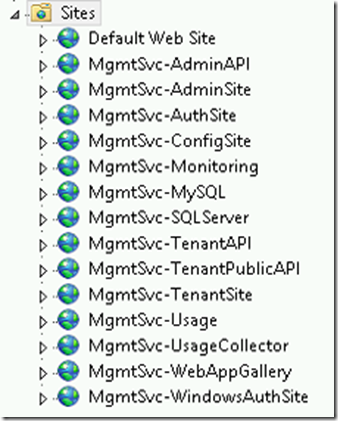 Logging into the portal:

I attempted to access the MgmtSvc-Admin site but it failed due to security issues. The documentation mentioned that you may need to log off and log back in to get access to the site. I rebooted and re-browsed to: http://localhost:30091 which brought up the welcome screen and the management portal tour.

And then the default page was brought up to create something.

Screenshots follow for attempts to create new items for each of the available options. Connect to an existing cloud:

Connect to a SQL server:

Connect to a MySQL server:

Comparing the UI to the Windows Azure UI: 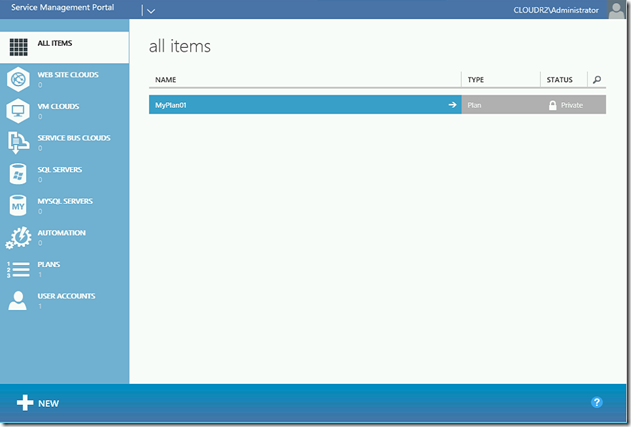 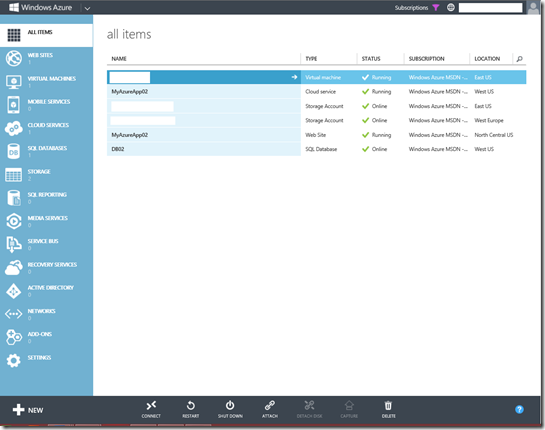 Summary: It looks just like what we would expect – an on-premise version of the Windows Azure portal. Additional hours of work will be required to get it functional in an environment which actually has clouds and other resources which can be leveraged through this portal.