What is in the System Center Operations Manager Technical Preview? #SCOM #SYSCTR

If you are like me you were excited to see that Technical Previews are now available for Windows 10, Windows Server and System Center (details and download links are available at http://blogs.technet.com/b/systemcenter/archive/2014/10/02/announcing-availability-of-the-system-center-technical-preview.aspx). From what I’m seeing this will be an exciting update and I expect lots of good stuff will be shown at TechEd in Europe (http://europe.msteched.com).

This blog post will focus on lessons learned to quickly get to the point that you can test the new System Center components, what’s new in Operations Manager Technical Preview. 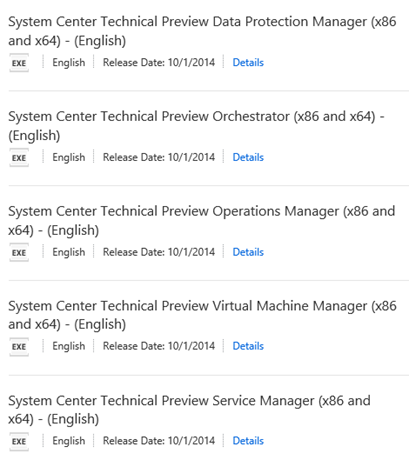 Upgrade? My first thought was to upgrade an existing Operations Manager 2012 R2 environment to check this out (Yes, I know, I should actually read the directions first – I’ll explain why here in a minute).

The first thing I found quickly is that the technical preview is not designed to upgrade an existing lab environment. The screenshot below shows that the existing Operations Manager environment needs to be uninstalled first (I’m sure that this is just a technical preview approach, not an expectation for what will be available in the production release). 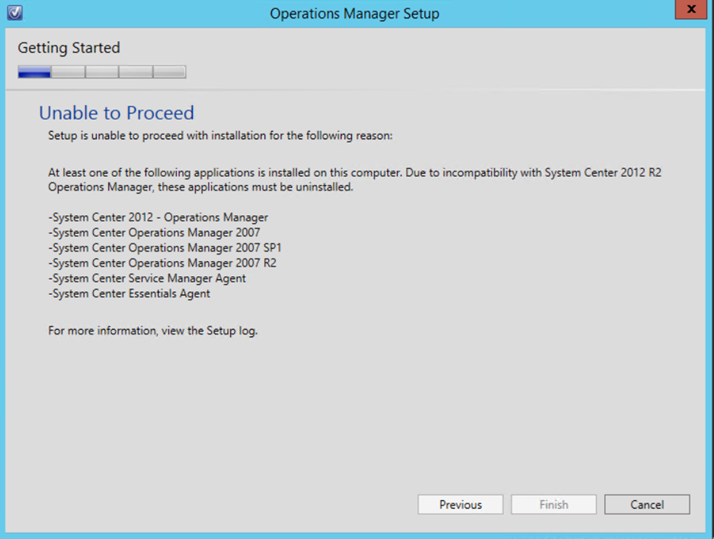 This was also discussed at http://blogs.technet.com/b/systemcenter/archive/2014/10/02/announcing-availability-of-the-system-center-technical-preview.aspx. "Please note that to evaluate System Center Technical Preview, you need to be running Windows Server Technical Preview and Microsoft SQL Server 2014."

Historically to test Operations Manager upcoming release I would build out an All-In-One environment (Domain controller, SQL, Operations Manager, etc). Details on this are available at: https://www.catapultsystems.com/cfuller/archive/2013/06/26/installing-an-all-in-one-system-center-operations-manager-2012-r2-preview-release-on-windows-server-2012-r2-preview-release-scom-sysctr.aspx.

For this installation we are building up a new virtual.

[NOTE: For a quicker way to do this I recommend using Azure and choosing the pre-existing image from the galley as shown below. This approach provides a quicker way to get a Windows Server Technical Preview version online and if your lab is like my lab, it’s probably much faster running on Azure than it is within a lab environment.] 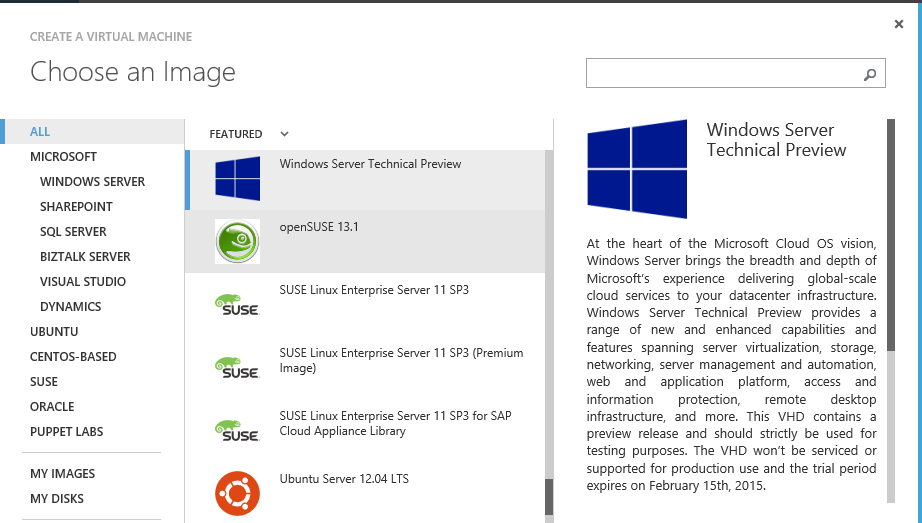 NOTE: For my lab, it was critical to provide a real domain account for the SQL services which would allow it versus using the default accounts provided. In my lab the SQL installation failed repeatedly unless I provided domain credentials for the SQL Server service and other services to run with.

After the pre-requisites are in place (including roles and features required like IIS), the next step is to extract the Technical Preview edition for local installation as shown below. 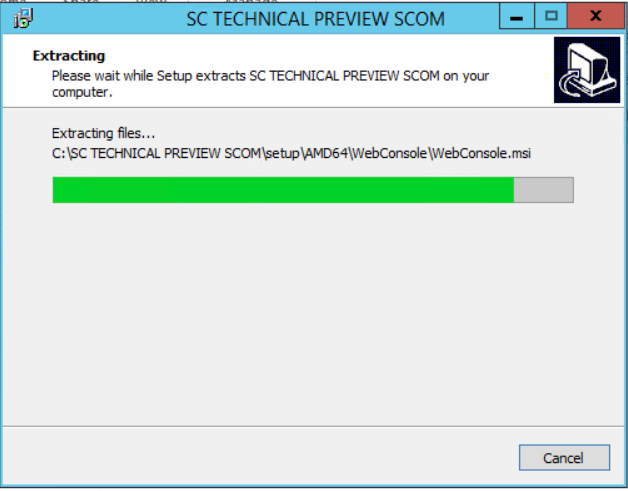 If you run into the following error use: http://support2.microsoft.com/kb/2736284

Widgets: There were also two widgets which appear to have been renamed:

The "Monitors Widget" – was the "Object Health Widget"

A quick check of PowerShell cmdlets for System Center (get-scommanagementpack | select Name, Version) indicates that there are approximately 70 management packs which have been updated as part of the Technical Preview (version 7.2.10015.0 or 7.2.10015.1). This implies that core functions covered by these management packs may have been updated since the Operations Manager 2012 R2 release.

Operations Manager DLL’s appear to be the same between the two versions.

Connecting to the Management Group using the SDK, the number of members is also the same between versions (as expected because the assemblies are the same):

A first glance at the health explorer indicates that the Health model is fully in place: 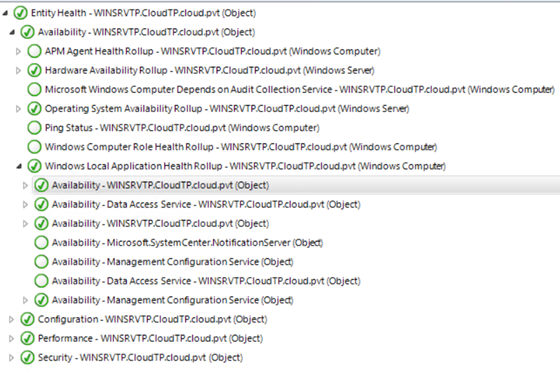 And Operating System performance counters are appearing as expected:

I expect that there are also other bug fixes and enhancements (both in the Technical Preview and in the final released version) that I have not identified.

Features: The focus of the new functionality in the Operations Manager Technical Preview appears to be focused on making sure that when Windows Server Technical Preview releases that it will be able to be fully monitored by Operations Manager. It’s good to see these teams working together so that when the new Operating System launches it will be able to be monitored effectively when it has been released.