I’ve been excited to see how Windows Server 2012 Hyper-V will work in my lab since I heard about some of the new functionality so I spent a good portion of my weekend going through the process to upgrade my HyperV labs from Server 2008 R2 to Server 2012. Please note, SCVMM 2012 SP1 CPT2 is not a production released product and should not be used in production environments, this process was only used in a lab environment. The steps involved in the process were:

The following were the key lessons learned during this process: 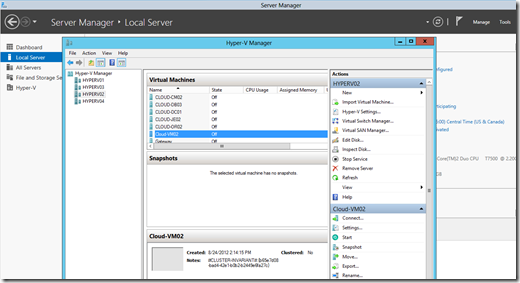 And after all Hyper-V servers have been upgraded below: