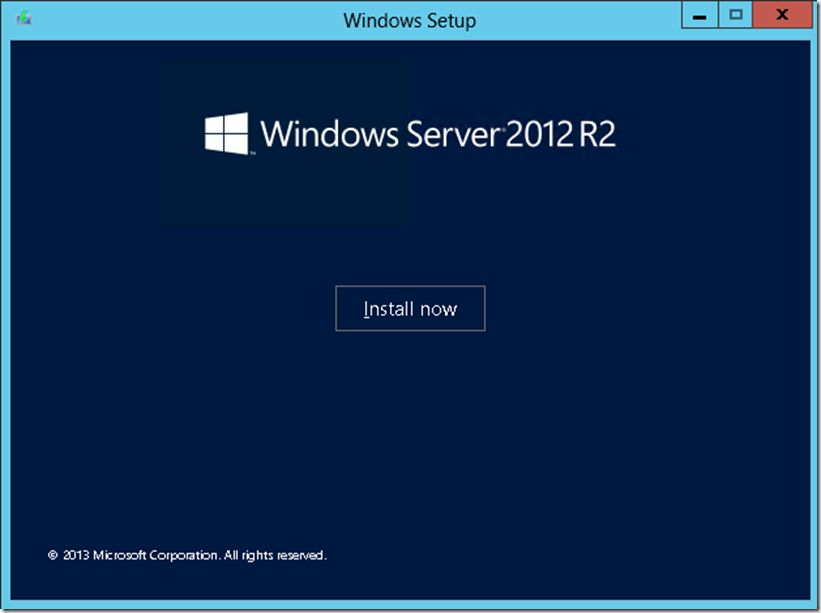 It started by copying temporary files 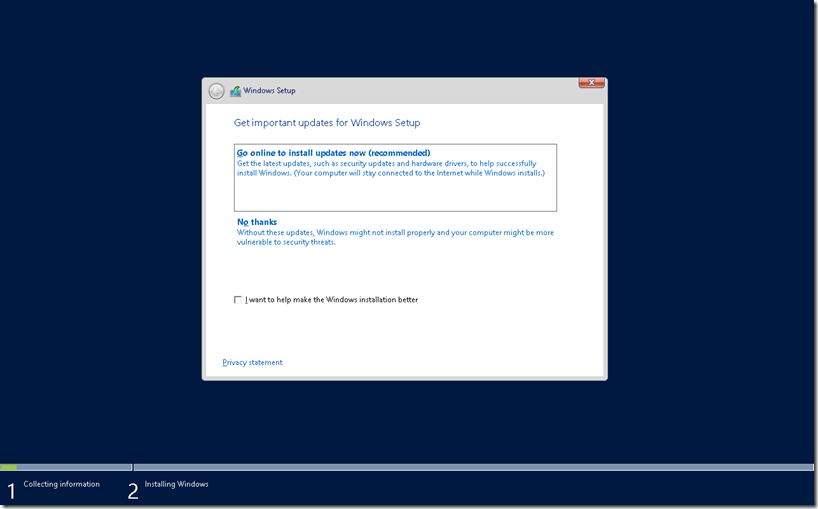 Updates were added next 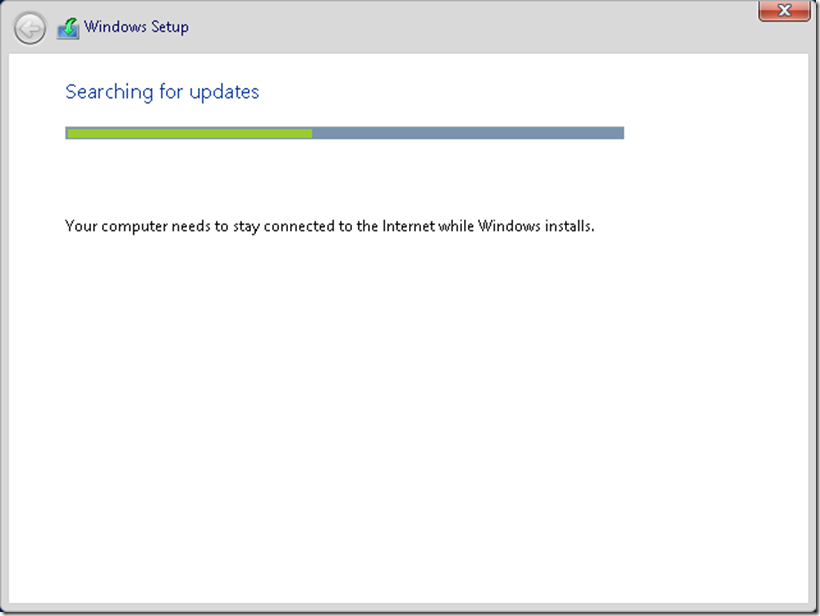 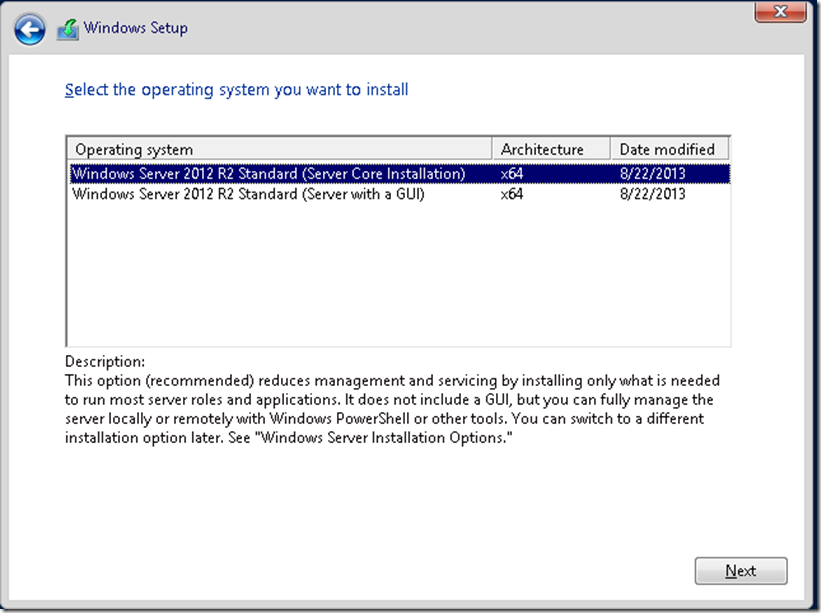 The licensing agreement requirements were next. 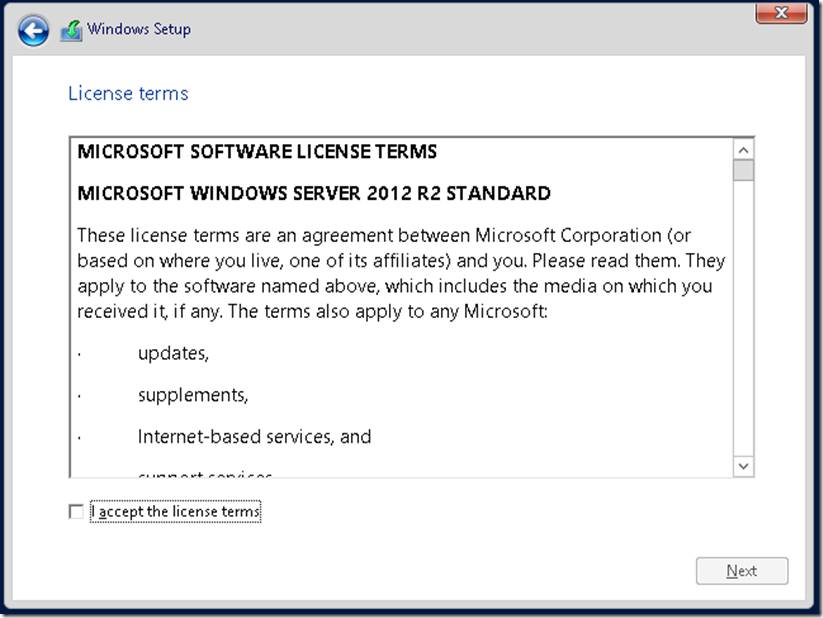 And then the product key was required. 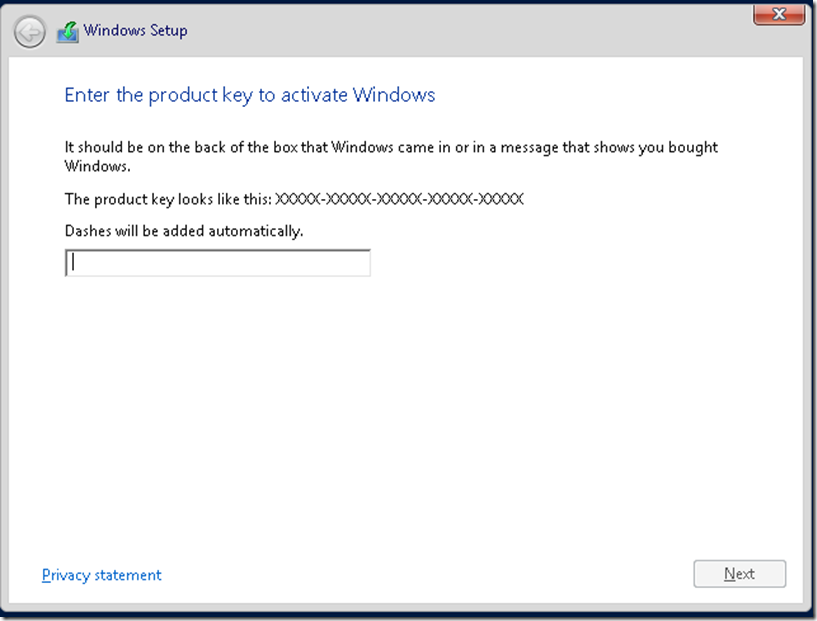 For my environment I wanted to do an upgrade to retain my existing configurations which I had for this Hyper-V server in my lab so I chose the upgrade option. 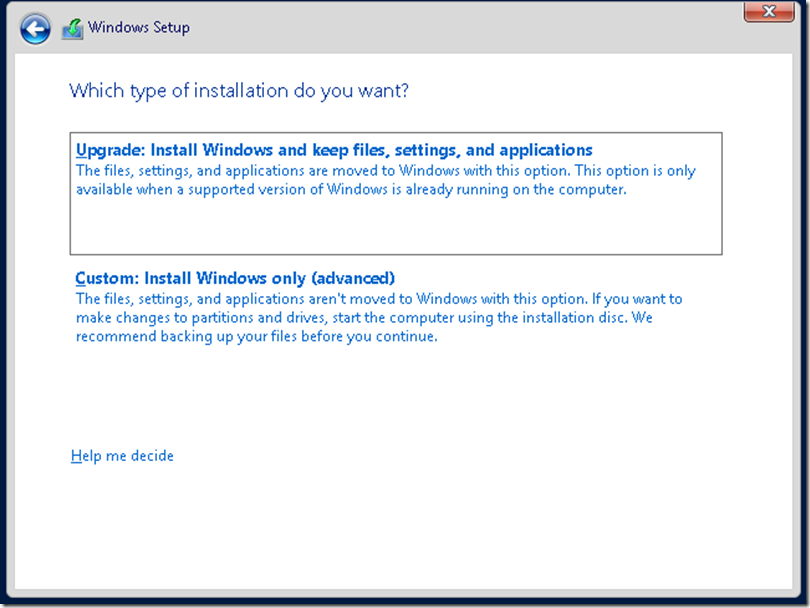 The compatibility report points out some key items including a required system reboot, and shutting down all virtuals on the system prior to upgrading. 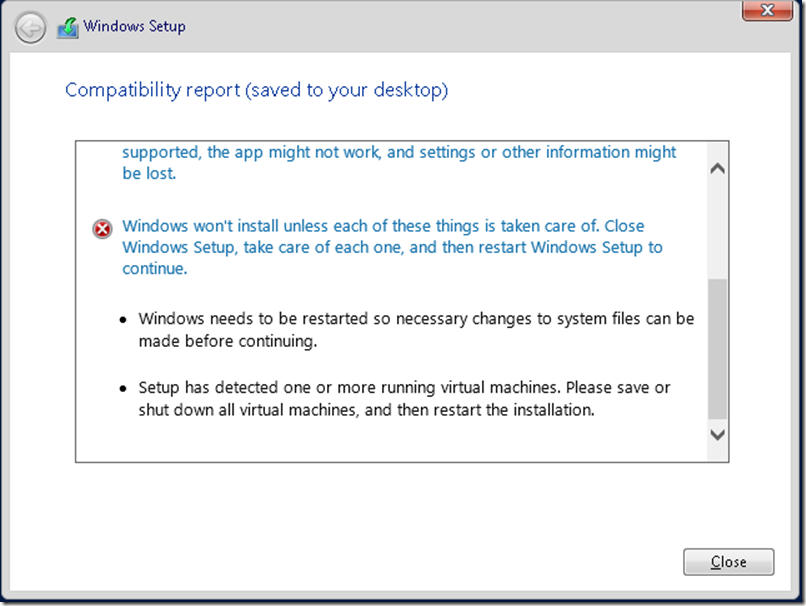 After the reboot I saved the state for all running virtuals and re-ran setup. If I was doing this again I would have done a shutdown or preferably migrated off of each virtual and configured each virtual to not auto-restart on server reboot. 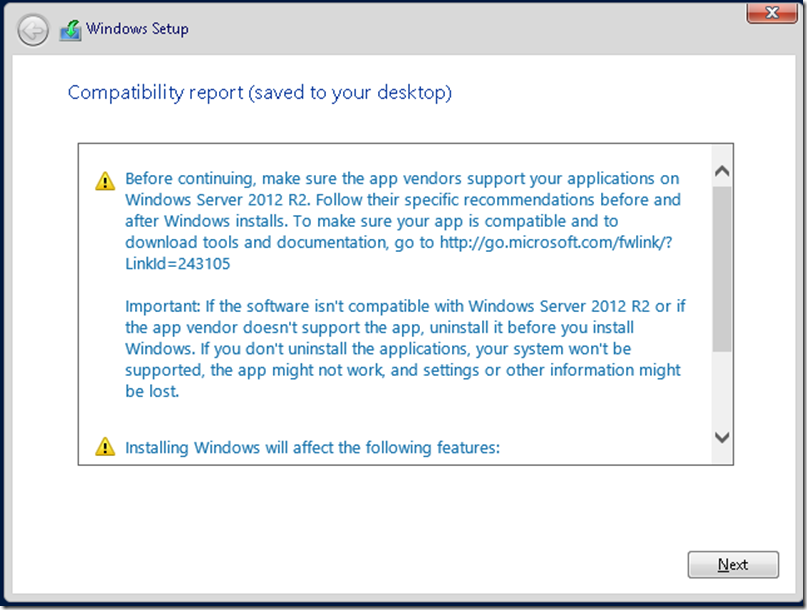 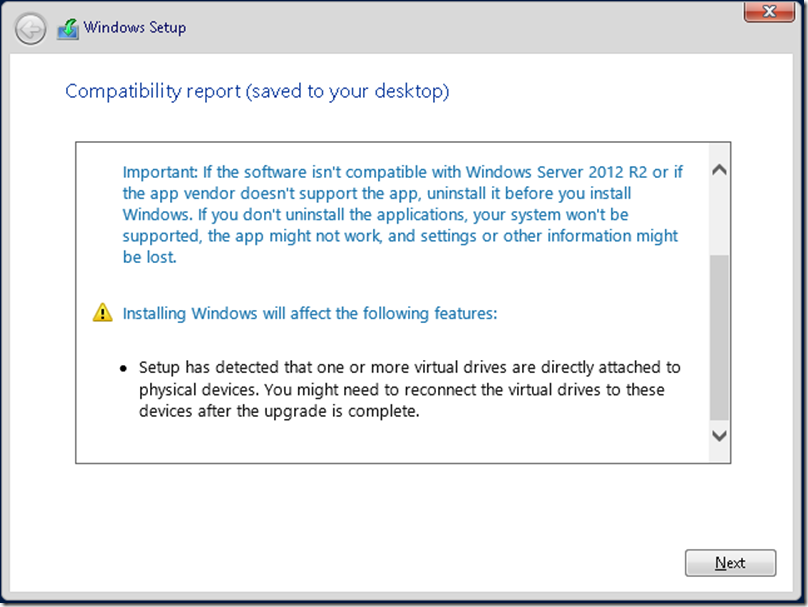 After the reboot and saving virtuals there were a few warnings: check for application compatibility, and virtual drive configuration. 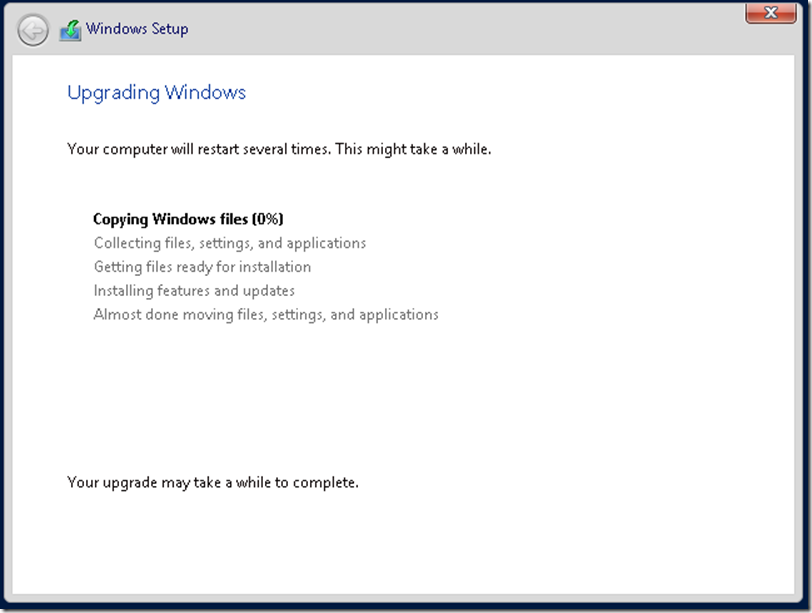 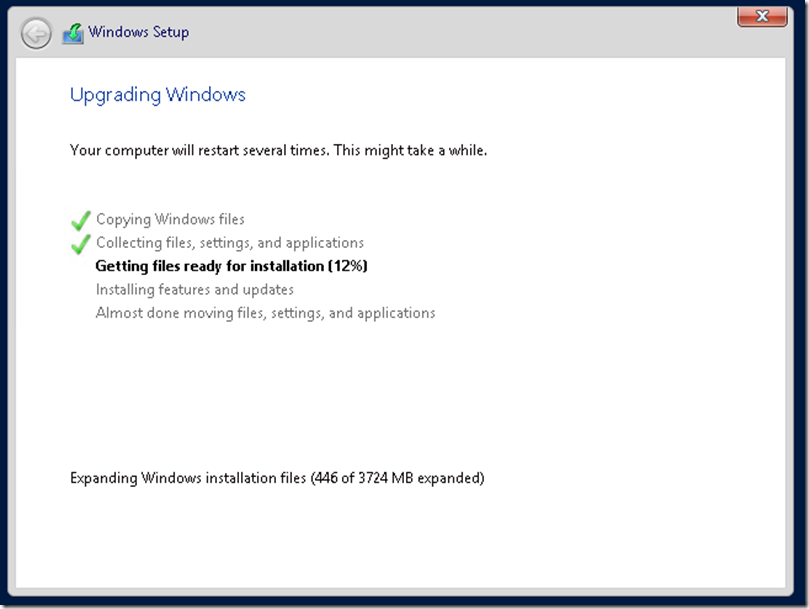 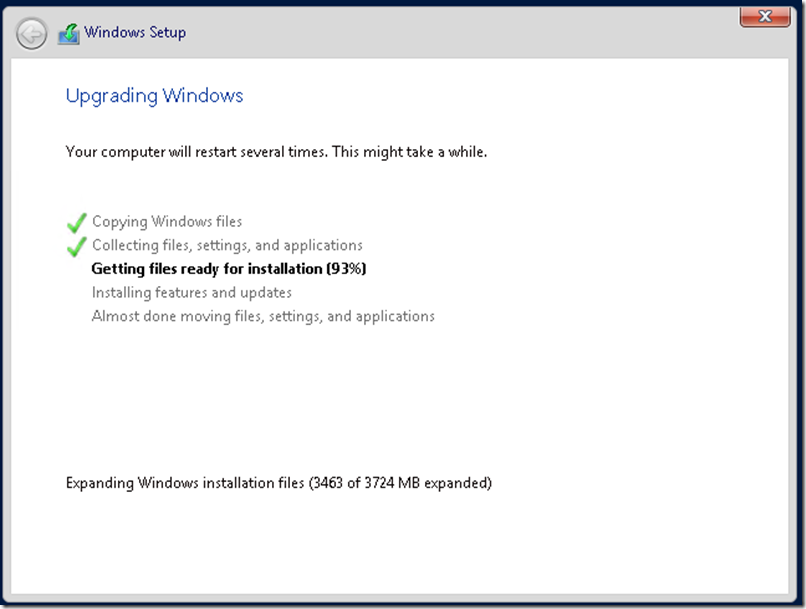 During the installation as expected I lost connectivity during this timeframe via RDP setup screen was running when viewing the host system directly. After those portions of the installation were completed I was able to RDP back to the Hyper-V system which was upgraded.

The following shows the Hyper-V manager after successful upgrade to Windows 2012 R2!

Storage spaces and drives on the system were all still all in place and functional as expected after the upgrade.

I had problems which occurred when I attempted to re-start the virtuals (as referenced earlier I should have shut them down instead of saving them in their current state). 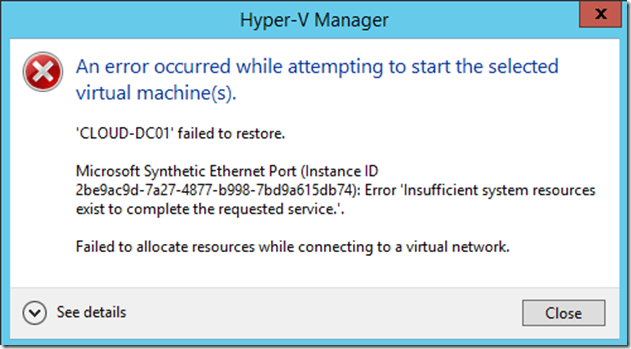 The virtual showed a configuration error related to the virtual switch on the virtual which gave me a hint as to the underlying issue. 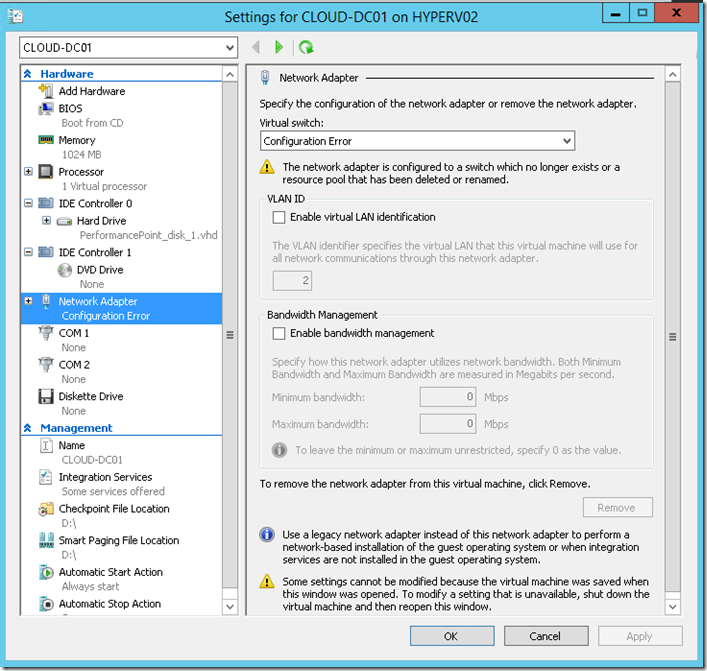 The upgrade removed all of the virtual switch configurations which had been set on the Hyper-V host.

Summary: The upgrade from Windows Server 2012 to Windows Server 2012 R2 ran well in my environment with the one exception of the Hyper-V virtual switch configuration. These settings will need to be repopulated back over from SCVMM to the Hyper-V host and I hope to write a follow-up blog post on those steps. Additionally, I would recommend moving all virtuals from the host prior to upgrading the host.