The rise of the next generation of community leaders

Over the last decade I have been blessed to get to know a lot of the community leaders around the System Center and now Cloud and Datacenter management space (many of these were people who I met before they were recognized as MVP’s by Microsoft). Today as I look forward I am seeing people who may well be the next generation of community leaders – this blog post is a chance to introduce you to them!

Let’s start with a stroll down memory lane…

My big introduction to the System Center community occurred just over one decade ago at an airlift event on the 22nd of January of 2007 at the Hyatt Regency Bellevue (as a side note, it’s amazing what you can find when you keep most of your emails and you have been with the same employer for over a decade). It was at this airlift that System Center was announced.  A group of us (including John Joyner, Maarten Goet, Bob Cornelissen and many others) were all sitting in the back row trying to absorb information as fast as it was provided (in one case they were sharing it with the world at the same rate 🙂 ). 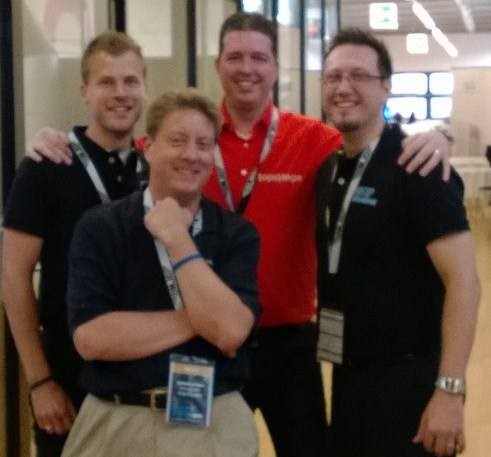 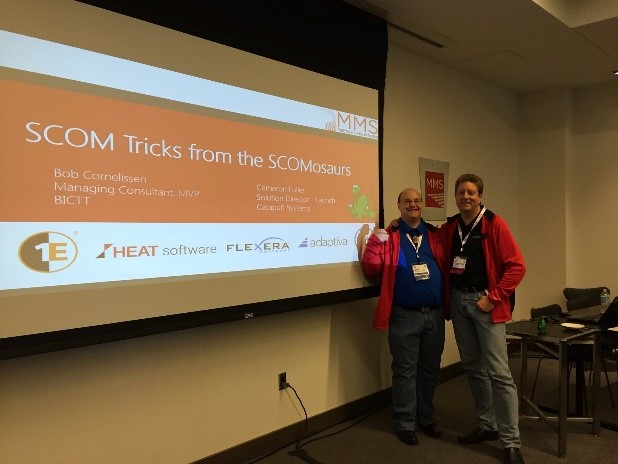 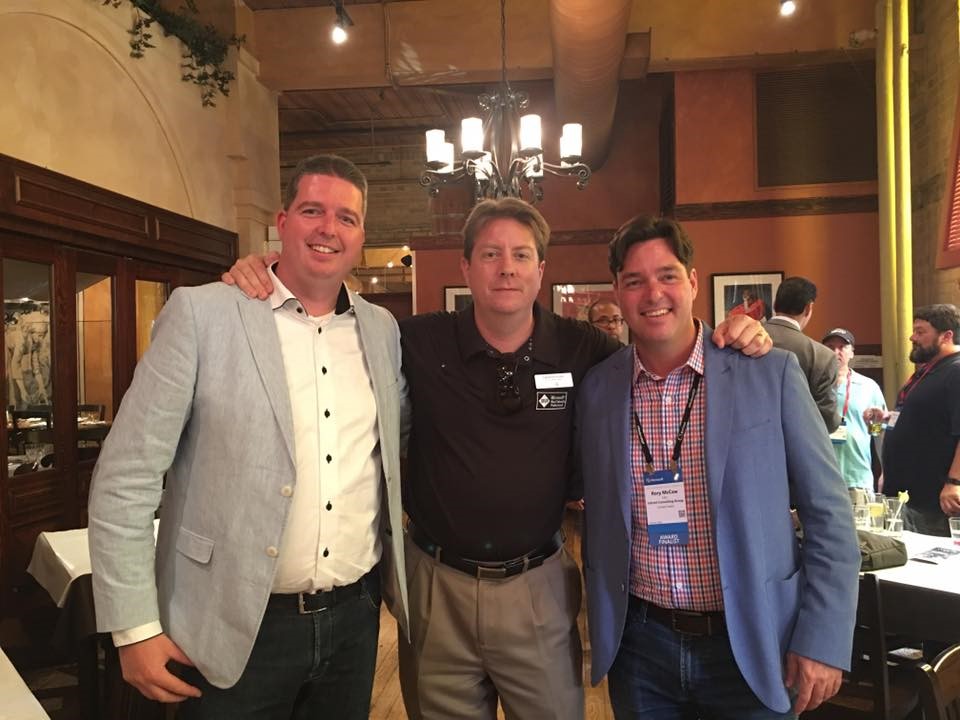 John Joyner and I were among the team who had been working on “The next SCOM book” and we would continue to work together until our last co-authoring experience with the SCOM 2012 R2 Unleashed book. We also ran into some greats in the community including Pete Zerger, Gordon Mckenna, and Rory Mccaw. Little did I know that a decade later many of those folks who came from around the world for this event would be counted among my closest friends.

My first communication with Marnix Wolf was in February of 2009 when he reached out to the Unleashed authors team with a technical question. In May of 2009 Marnix reached out to me to see what he could do differently to achieve MVP status and I told him the truth: “If you keep on blogging and helping that’s definitely the major things to be doing” and I was really happy to hear when Microsoft saw Marnix’s contributions and recognized him as an MVP. When I reached out to Marnix on this blog post his wrap-up though really brings it all together: “thanks to SCOM I’ve gotten a whole bunch of new geek friends, which still makes me happy, even today”. If we fast forward several years after we met, and here’s Marnix and I sitting together after we wrapped up an ask-the-experts session. 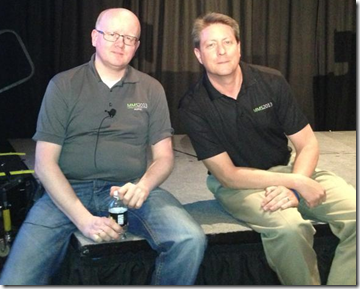 I met Natascia Heil at the Microsoft Management Summit in 2012. Her company and mine were going to be working together and since she is from Germany and I’m in the United States I had specifically made a note to locate her during MMS and get a chance to meet her. I was in the registration line with Anders Bengtsson discussing that I was keeping an eye out for Natascia to meet her this week when… 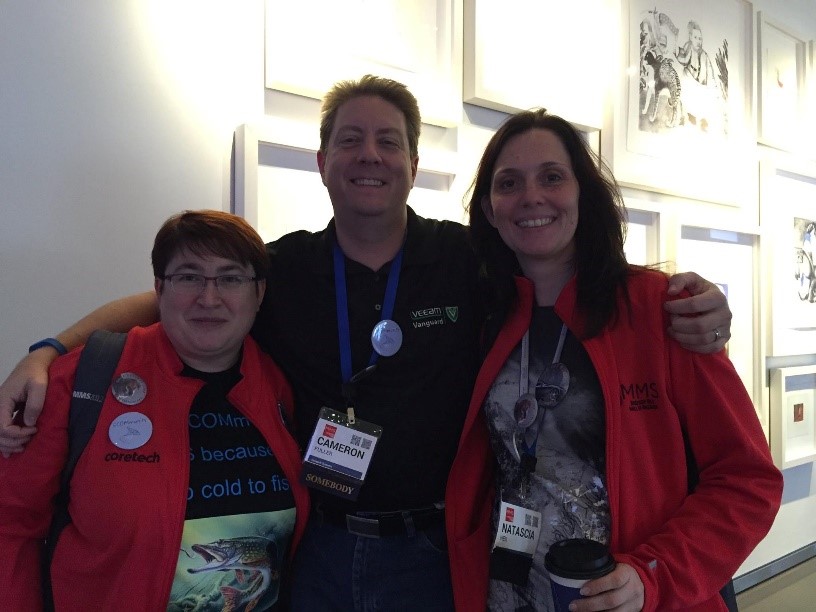 Natascia: “I was standing in queue behind you and Anders before registration. I recognized you both (from your blogs) but you were talking and I did not want to disturb you. My plan was to introduce myself latest after we both had registered. But then I heard you tell Anders that you will need to look for me and I decided to call your attention and introduced myself. It was so funny as there were 5000 people that days registering for the conference and we met at the queue. I told you also afterwards that I was so excited as I was directly behind two of my SCOM idols, I felt like a groupie ;-).” The picture above is Nat (and Nat) after one of their presentations at the Midwest Management Summit.

I met the infamous Samuel Erskine at the Midwest Management Summit three years ago. Sam: “I believe we met properly 3 years ago at MMS. My favorite recollection is, in my opinion you and John J set the standard for true community leadership. Humble, helpful and above all ‘super’ human in your effort to lead by example. My favorite compliment from you is when you shared that my happy crazy side got you out of karaoke retirement 🙂” And yep, it was Sam who got me out of karaoke retirement 🙂 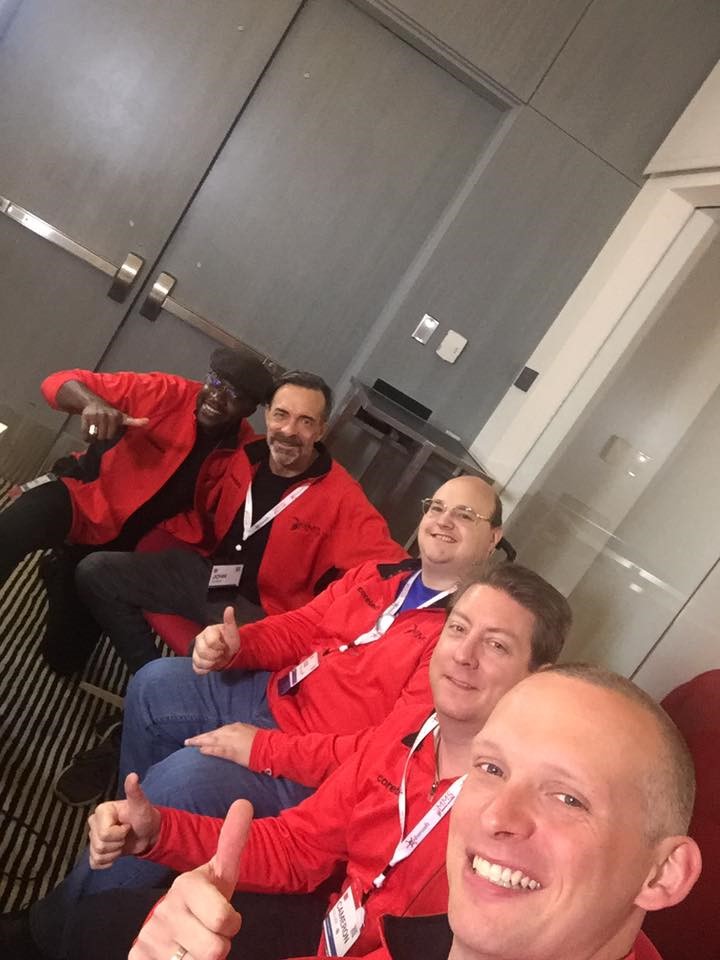 [There can be only one (bad highlander reference here). For Jedi’s there are supposed to be 2…]

Dieter Wijckmans (shown above demonstrating his mutant mile-long selfie-arm), and I first met in SCU Europe in Bern Germany in 2013. Dieter later won the SCU Jedi contest in 2014. Dieter recently reminded me that he is still the only SCU Jedi winner so he is still the reigning champ!

If you look at the list of folks above it is a veritable who’s who of many technologies which span the cloud and datacenter world! Each of them I am proud to count among from friends. With that said, there are a whole lot of additional people that I should have included in the blog post above so if I missed you send me a quick summary of when we met and a picture and I’ll see about adding it to this blog post and I’ll leave this section behind with a brief collection of some of my other favorite photos with other Cloud and Datacenter community members. 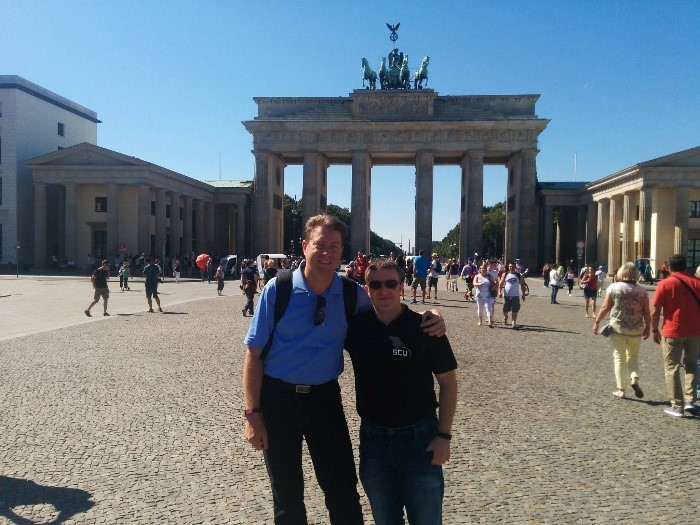 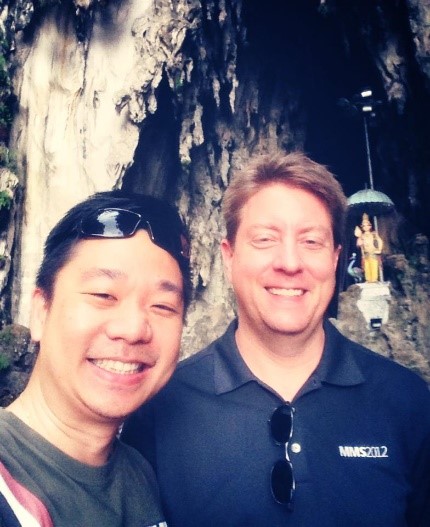 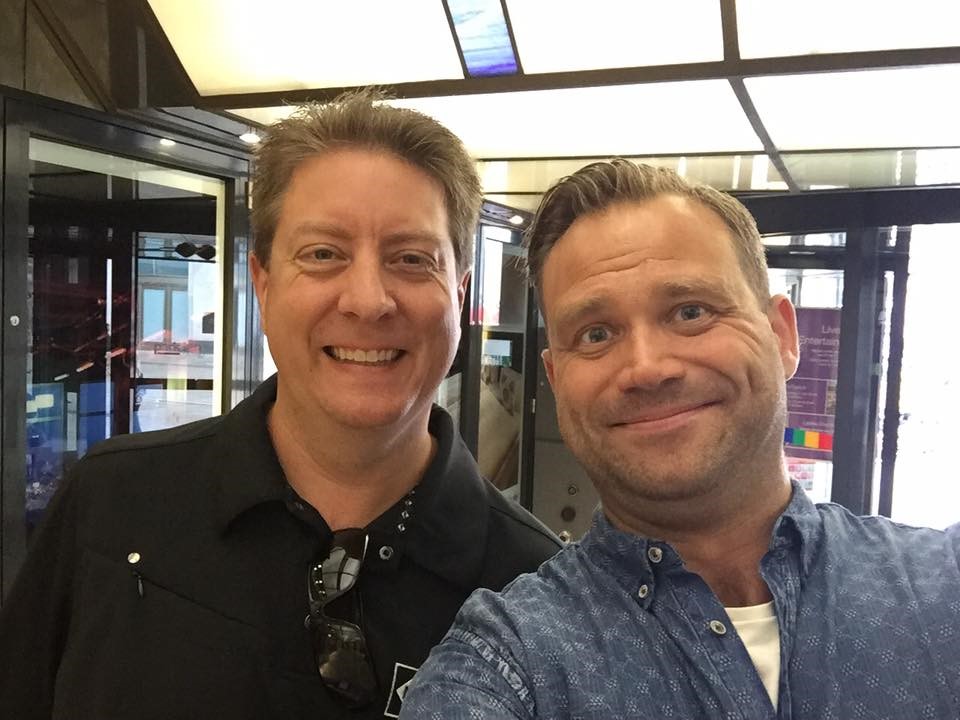 So, who should we (and Microsoft) be keeping our eyes on that are rising stars in the CDM community?

Communities are constantly changing and part of the fun of my job and free time is to seek out rising stars in the community who have not yet been recognized by Microsoft as MVP’s. These are the folks that I recommend checking out for their contributions: (The below list is in alphabetic order)

Summary: The Cloud and Datacenter community is alive and growing. Hopefully this blog post gave you some insights into the some of the community leaders within it and pointed you to some rising stars to keep an eye on. If you are new to the monitoring and automation focused parts of the cloud and datacenter community don’t forget to follow many of the cornerstones of the community including Kevin Holman, Tao Yang, Kevin Greene, Daniele Grandini, Wei H Lim and the bloggers listed throughout this blog post!