In my environment, we have a top level dashboard which rolls up the health of other live maps as shown below.

Linked under this top level dashboard is a live map which shows the health of My Web Site.

This approach was modeling the application as I wanted to, but when we have our first website go to a red state on the live map below it also rolls up a red state for the map which in my case is not what I am looking for. I only want the top level dashboard to show My Web Site as red if the application is red, not if an entity on the map is red.

After thinking this through, it makes a lot of sense because the default behavior of a map is to go to red on worst state. In the Operations Console if we open the Monitoring pane, in the Live Maps folder we can open right-click and open Health Explorer for our entity (which in this case the entity is a live map).

Our default health rollup is shown below. 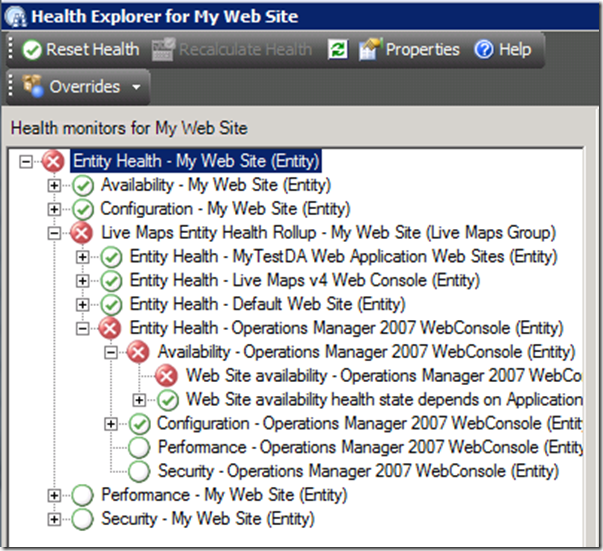 We want to change the behavior so that the “Live Maps Entity Health Rollup” more accurately reflects how we want rollup to work, so we create an override as shown below using the Worst State of a Percentage Option and a Percentage value of 75. 75 was chosen because on this map we have five items. For 4 items, each item equals 25% of the total. So if three items on the map have gone red we will have 75% will exist on the map which matches the threshold of 75%. 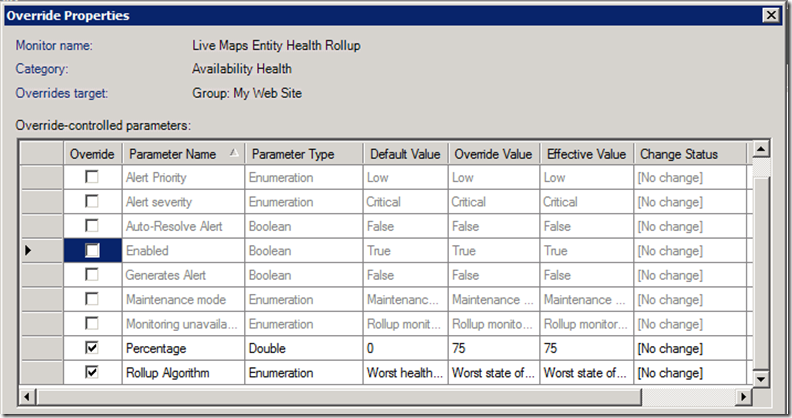 After making our override change, the image below shows how the health rollup looks with a single website offline (note that the Live Maps Entity Health Rollup is green even though a single entity below it is red). 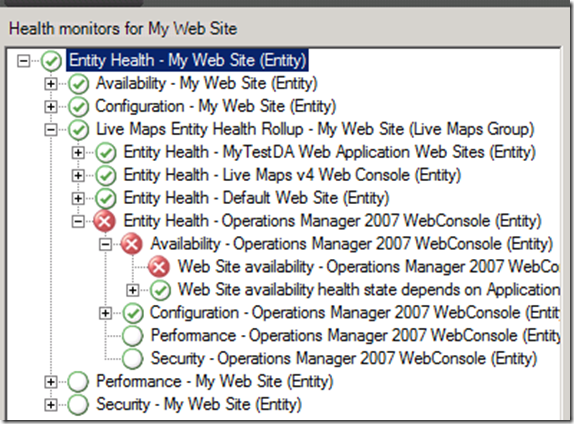 With this change in place and a single web site off line our live map displays correctly, and rolls up correctly to our top level map.

With this change in place when we take a second  web site off line our live map displays as red, and rolls up as red to our top level map.

Summary: Live maps are just entities from an Operations Manager perspective which means they have properties and can rollup health and their default behavior can be changed through the use of overrides.