The vision for System Center Universe was built from an idea to bring the best-of-the-best presenters on System Center and related technologies, and to synchronize the user group communities into a one day world-wide event for System Center. This vision was accomplished with SCU 2012. However, there were challenges…

As most folks who attended SCU last year were aware, we had some significant video issues which caused viewing in remote locations to be the number one problem with SCU 2012. With SCU 2013, the goal has been to make sure that no such problem will occur this year. If you have been following the three pre-video’s that we’ve had on the SystemCenterUniverse website they discussed a lot of stuff including making some fun of ourselves and the video issues which occurred. The underlying goal was to let people know that the video feed quality will not be a concern at SCU 2013. So what’s different this year at SCU 2013?

Check out the screenshots from the LIVE video tests which were done today on the website (www.systemcenteruniverse.com) as part of the streaming tests for this event!

The top left section shows the live feed tests with the rest of the website functioning as it will including live Twitter feed information: 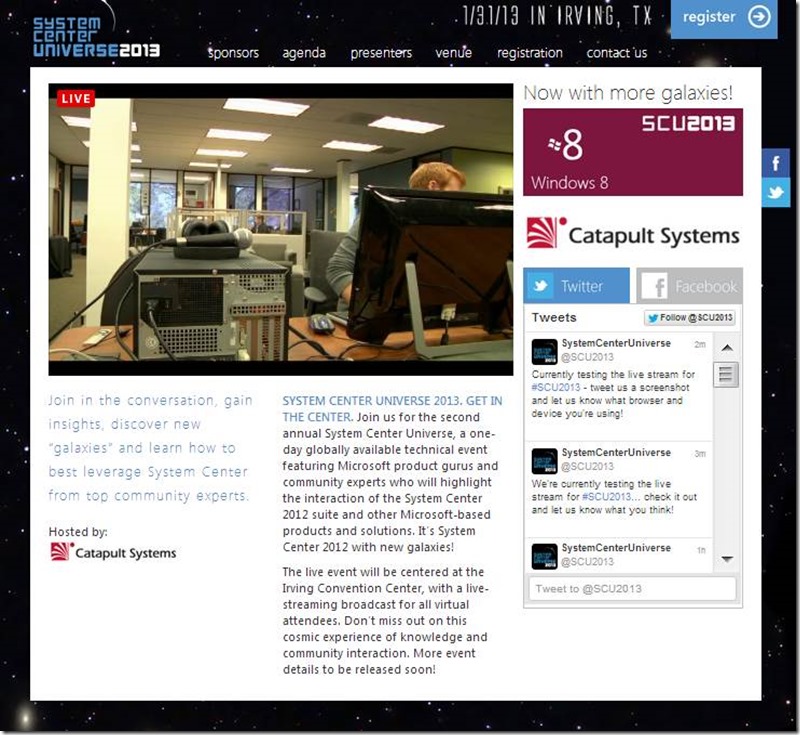 Multiple items can be displayed at the same time such as in the example below where both a PowerPoint presentation and the live video feed were displayed: 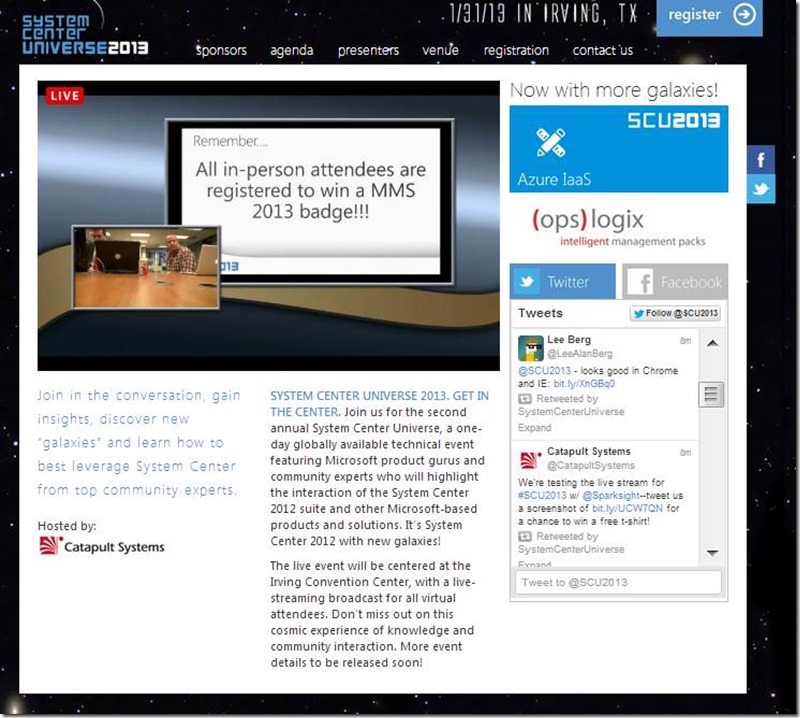 Or three items can be shown as in the example below with the live feed, PowerPoint and a third graphical area. 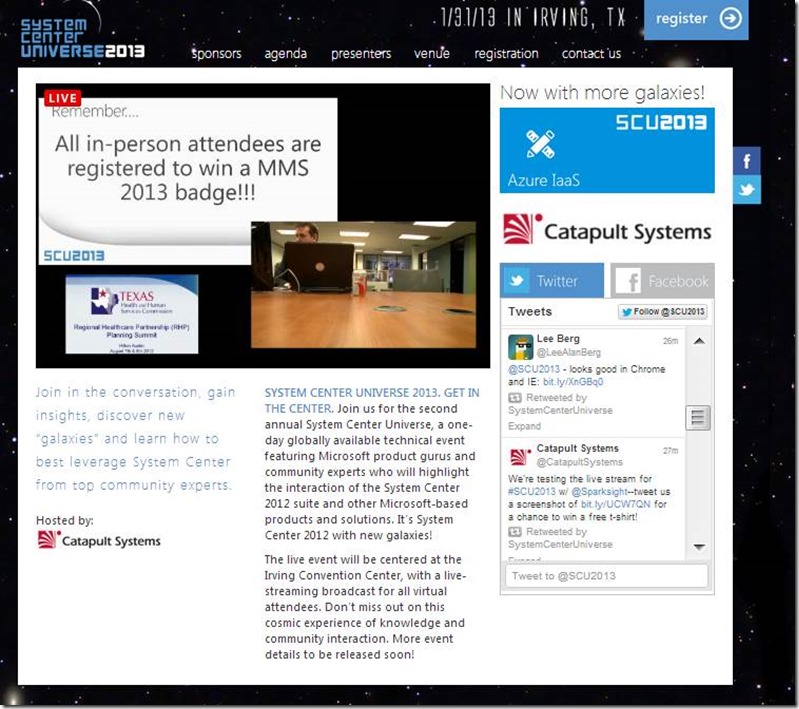 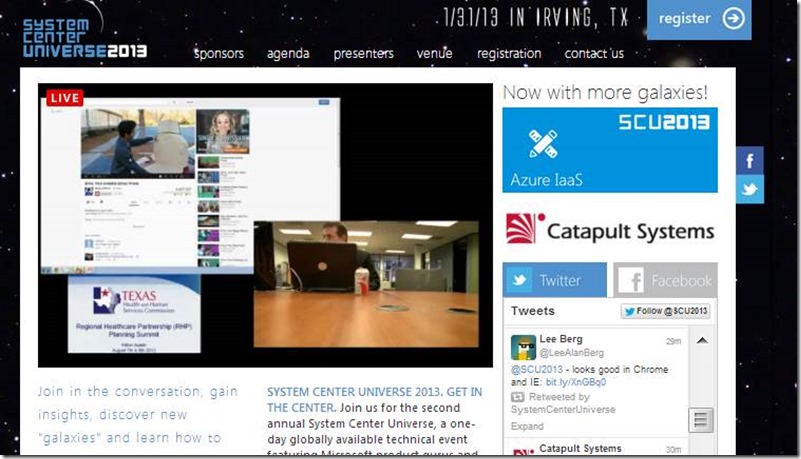 The event is available in person in Irving Texas (early bird registration ends 1/15), at any of our virtual locations below or online at www.systemcenteruniverse.com.