Sometimes the setup program for System Center 2012 – Virtual Machine Manager (VMM) 2012 SP1 just disappears, and I’ve even seen it do this with previous versions. One cause might be if the user account that launches setup.exe has special characters in the name. I like to follow best practice and use two accounts, one that is a normal user account and another that is a member of Domain Admins. Sometimes user accounts have names like MList, and admin accounts have names like MList! or MList$ or something similar. But every once in a while using non-alphanumeric characters in the user account name can cause issues, even though they are valid names in Active Directory. For example, the Operations Manager console will not show some of the graphics when viewing Alerts, it just shows picture place holders with a red X.

Recently I’ve seen the setup for VMM 2012 SP1 disappearing, it just silently fails with no errors or log files. After clicking the Install link on the splash screen, a dialog would appear that said "Please wait while Setup prepares to install Virtual Machine Manager" and then close. During this time the Visual C++ 2010 x64 Redistributable package is installed (without any warnings or prompts). 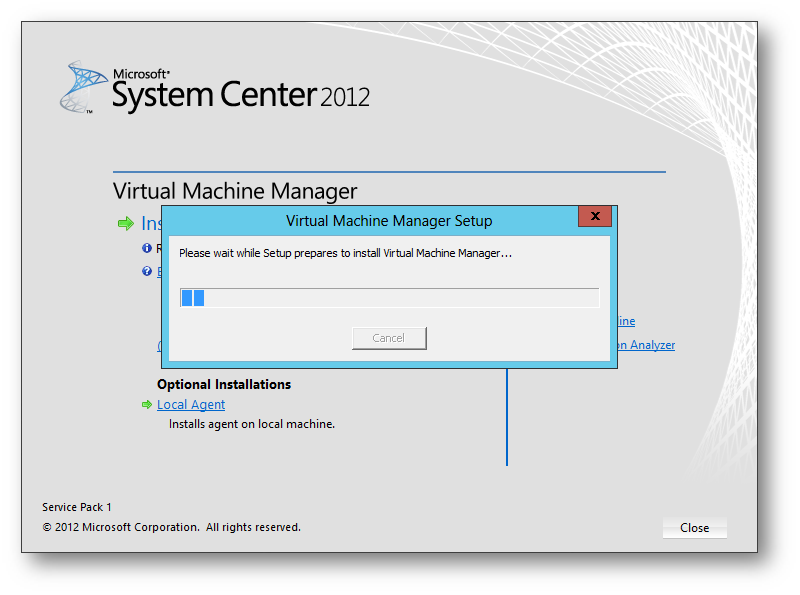 After that, the dialog would just disappear and the program would never show the first page of the wizard. There were no error messages and nothing in the event logs. The normal setup logs (errlevel.log, SetupWizard.log, SetupWizardAdditional.log) were not created, the folder "C:\ProgramData\VMMLogs" did not exist. Using the indispensable SysInternals Process Monitor, the only logs I could see were from the C++ redistributable (\Prerequisites\VCRedist\amd64\vcredist_x64.exe):

I tried many things including rebooting, installing the prerequisites manually, and creating the folder "C:\ProgramData\VMMLogs" with my account explicitly granted full control. But without any errors or logs, it’s a little difficult to troubleshoot, you’re stuck with just "try this, try that" and then reversing each change that didn’t work. Since I’ve seen similar inexplicable problems in the past, I started to suspect the problem was with the file path to my user profile having an exclamation point in it:

After changing the path of my user profile to something without any special characters ("C:\Users\MList") and logging on again, the install proceeded normally: 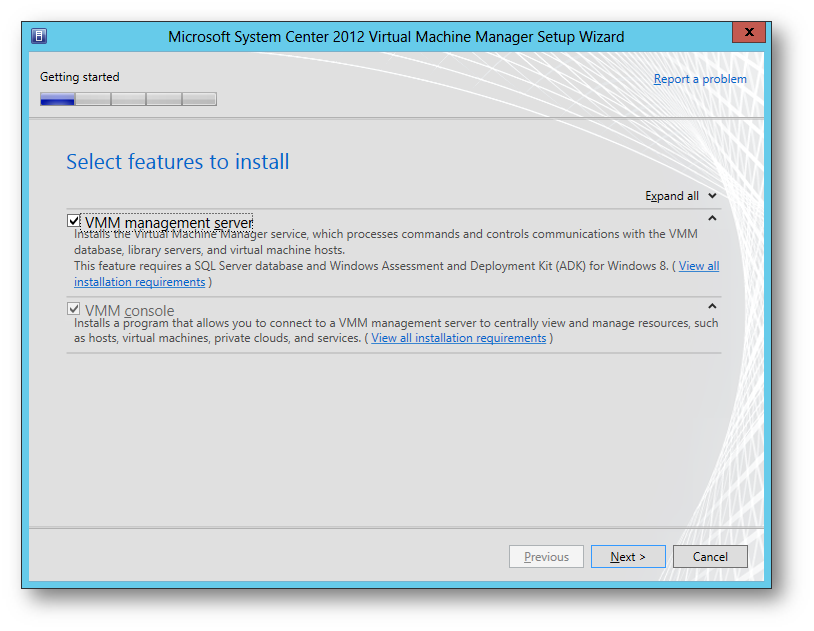 I don’t know why the setup program crashes / exits when there are special characters in the user profile, but I suspect the code is doing some kind of parsing on a string and is not expecting non-alpha numeric characters. Apparently the developers put global error handling in place to keep it from crashing when it fails to create the log file, but that error handler code doesn’t do anything useful like write to the event log or display a message.

I will report this to Microsoft and hopefully it will get fixed in a future service pack, but until then here are a few ideas to work around the problem:

If you plan to leave it that way, I recommend searching the registry for the old folder name, like "\MList!" and "MList!\". Update any references you find (such as "HKCU\Software\Microsoft\Windows\CurrentVersion\Explorer\Shell Folders") and then logon again.