I had a client who is running OpsMgr 2012 and hasn’t applied an update rollup yet and they were asking if it makes sense to apply UR2 or to wait until SP1 is available.

The following is my thoughts on the topic:

1) If you haven’t deployed OpsMgr 2012 yet, it’s best to install the latest and greatest including the latest update rollup packs.

2) I have NO idea what the fascination is with both cat pictures and hello-kitty pictures and OpsMgr as of late. I am more of  a dog person but I will admit but this one was too cute to pass on (thank you to my colleague who passed this to me when they really really wanted the answer to a question a while back – I offered this to Kevin Holman for his next UR post but he hasn’t seen fit to use this one yet!).

3) If you have deployed OpsMgr 2012 that’s the focus of this blog post. 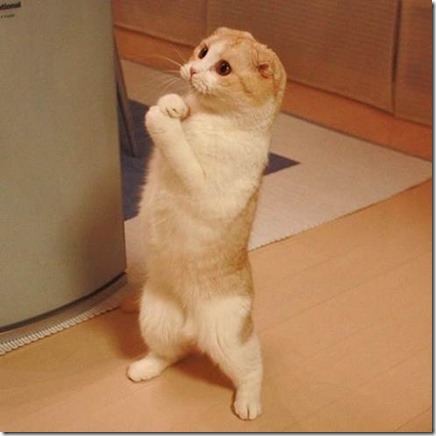 There are four big considerations on this decision from my perspective:

1) Application of Update Rollups requires updates to agents which means that lots of systems will need to be updated and if you have a significant number of manually installed agents this represents a significant amount of work.

2) When will SP1 release for Operations Manager 2012? With the Beta for SP1 already shipping it seems reasonable that SP1 would ship at latest sometime this year.

3) Are there issues introduced by UR1 or UR2? At this point I’m only aware of one issue which is related to resource pool membership and the inability to remove a management server from a resource pool. This is discussed at https://www.catapultsystems.com/cfuller/archive/2012/09/12/opsmgr-resource-pools–issue-once-ur2-has-been-applied-scom.aspx. [This may or may not be an issue, I am in discussions with a product team member on this topic and I will update the original blog post accordingly.]

4) What is included in the two update rollups and whether what they fix is or isn’t relevant to your environment is the other big factor.  See the list below which details what is in UR1 and UR2:

The following is the list of items addressed in in UR2: (taken as a subset from Kevin Holman’s article at http://blogs.technet.com/b/kevinholman/archive/2012/07/31/opsmgr-2012-update-rollup-2-ships-and-my-experience-installing-it.aspx)

· The Set-SCOMLicense cmdlet fails if the management group evaluation expiration time-out has expired.

· The System Center Operations Manager agent may crash on Oracle Solaris root zones that are configured to use a range of dedicated CPUs.

· The UNIX/Linux agent process provider may not enumerate running processes if a process has arguments that include non-ASCII characters. This prevents process/daemon monitoring.

· The .rpm specification file for the agent for Red Hat Enterprise Linux does not specify the distribution.

The following is the list of items addressed in in UR2: (taken as a subset from Kevin Holman’s article at http://blogs.technet.com/b/kevinholman/archive/2012/05/08/opsmgr-2012-cumulative-update-release-1-ur1-ships-and-my-experience-installing-it.aspx)

· Environment crashes in Operations Manager due to RoleInstanceStatusProbe module in AzureMP.

· When multiple (2-3) consoles are running on the same computer under the same user account the consoles may crash.

· Cannot start or stop tracing for Reporting and Web Console if they were installed to a standalone IIS server.

· Connected Group alert viewing is not working but no error is given in console.

· Task result – CompletedWithInfo not supported with the SDK2007 assemblies.

· SeriesFactory and Microsoft.SystemCenter.Visualization.DatatoSeriesController need to be public to allow the controls extensibility and reuse.

· WebConsole is not FIPS compliant out of the box.

· Dashboards: Group picker does not show all groups in large environment.

· Performance Counters do not show up in Application list view of AppDiagnostics.

· Agent install fails on Win8 Core due to dependency on .Net framework 2.0.

In summary, my recommendation is to bite the bullet and apply UR2 if any of the items identified will be relevant to your environment. If not, it’s reasonable to hold off and just apply SP1 when it is available.