So yesterday I was creating a new Web Application in my SharePoint 2013 development environment only to see the page had timed out during it’s creation. When I refreshed the page I could see the new Web App in the list via Central Admin but when I checked IIS there was no corresponding site.  It seems this wasn’t the worst part, now all of my pre-existing Web Apps were acting very strangely. Two of the Web Apps were giving a consistent HTTP 404 error, another wasn’t able to load jQuery, another would load the page but every image was replaced with a black X, and all of the pages that would pull up had randomly broken deep links. 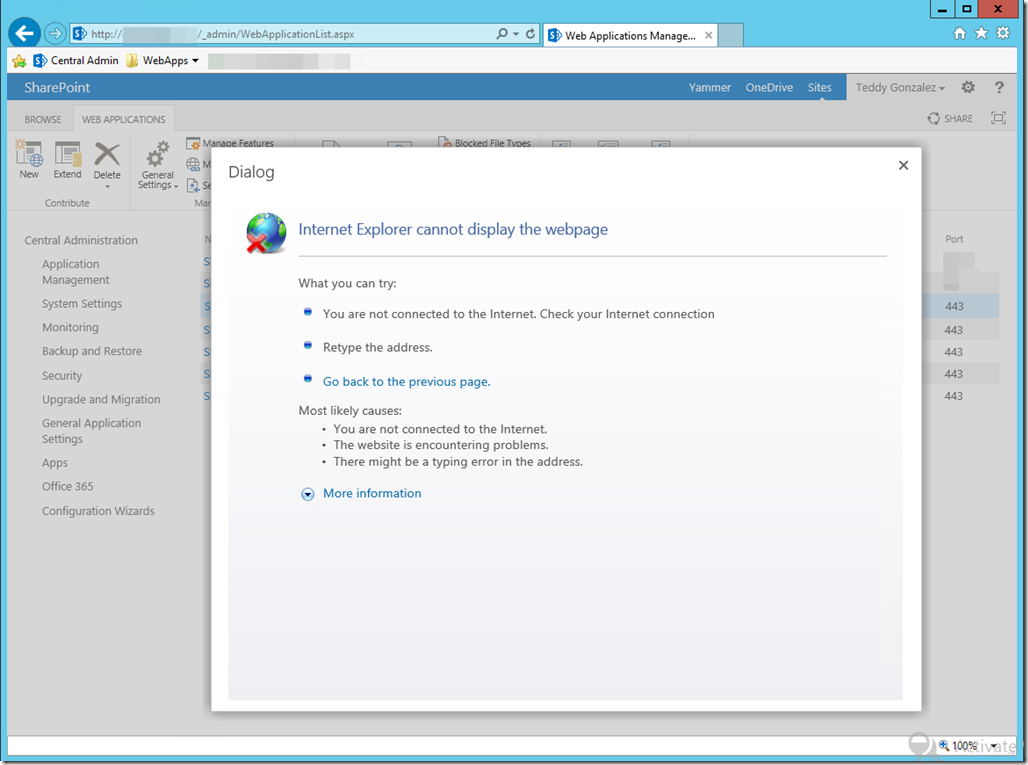 I immediately ran Remove-SPWebApplication on the new Web App that had failed thinking this would remedy the issues I was seeing but that didn’t work.   Since I noticed the 404s before any of the other symptoms I troubleshooted it like it was isolated to a single Web App:

In between these steps multiple IISRESETs and rebooting the server didn’t help either.  I was at a loss so I started back at square one.  I tried to create a new Web App, which failed again but now was at least giving me a correlation ID.   Here was the ULS exception:

Around the same time I realized the other Web Apps were also displaying strange issues. 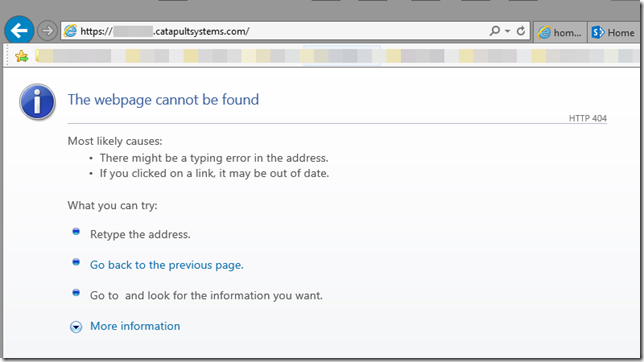 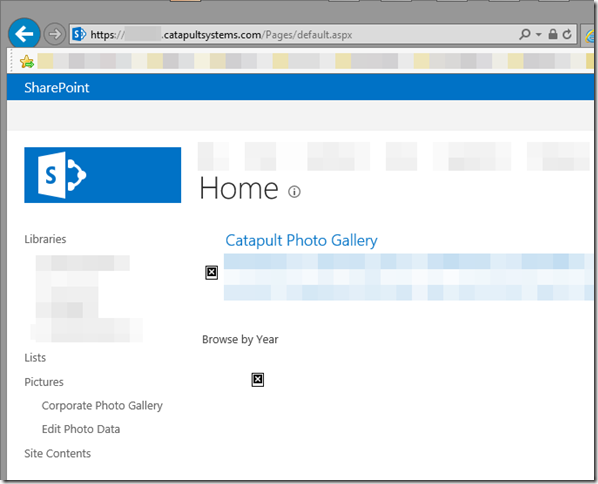 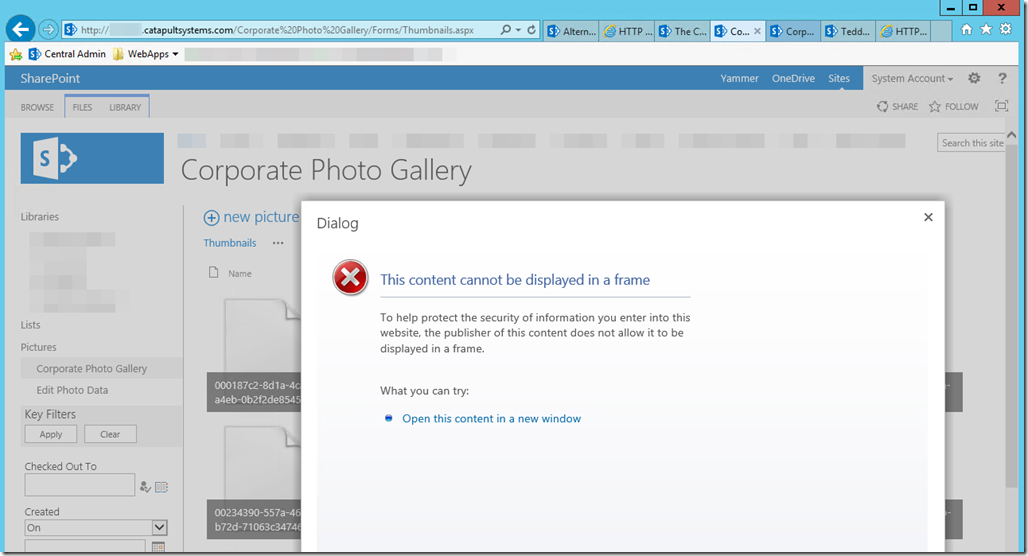 After seeing this my focus shifted to IIS as the culprit.  Rather than troubleshoot each site separately I just ran the following stsadm command to reprovision all of the SharePoint IIS sites:

Voilà, 15 mins later everything was back to normal!