This tool replaces the previous release of the Configuration Analyzer that required separate Best Practice Analyzers for each of the System Center components.

To use the Configuration Analyzer, you will need the following:

The first thing I did in my lab is created a new Hyper-V VM running Windows 2012. To create the VM, I used a simple RunBook I created in SCO, takes about 10 sec for inputs then I wait for the new VM to be created. (good time to grab some ice cream 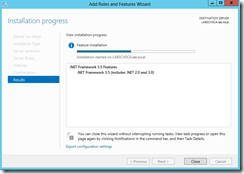 Installation of the MBCA is pretty simple, just run MBCA_Setup64_Win8.msi and accept all the defaults. 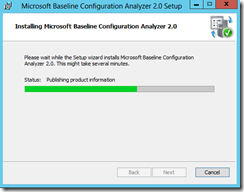 Next install the System Center 2012 SP1 Configuration Analyzer, just run SC2012SP1CA.msi and accept all the defaults. 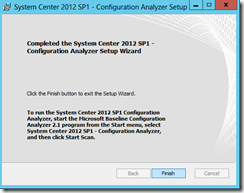 When setup is complete, run the MBCA and select System Center 2012 SP1 –Configuration Analyzer under "Select a Product", then Start Scan. 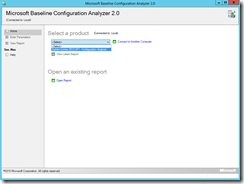 On the Enter Parameters screen, enter the server name of the server you want to run the the Configuration Analyzer against. The first System Center server I will be checking  is my SC 2012 SP1 VMM Server, run under my logon account. 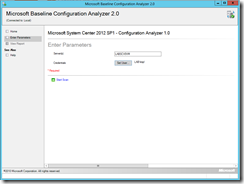 When finished, I only had one issue with my VMM server with SPNs, instructions provided on how to correct within the tool.

Everything else was OK

On to my Operation Manager Server

For Operations Manager, the Configuration Analyzer came back with errors right away.

The analyzer said I needed had to run the following commands on the servers;

On my Operations Manager Server, from a PowerShell administrative shell –

On my Configuration Analyzer Server, from a PowerShell administrative shell – 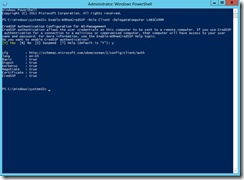 After running the PowerShell commands, I started the scan again. This time the scan ran successfully. Only issue was for an un-supported SQL version. I am running SQL 2012 CU3, the tool is looking for CU2.

On to my Orchestrator Server

For Orchestrator, I received a warning on the BPA log purge results is set to the default value which could affect performance.

On to Configuration Manager, here is where things start to get weird, not sure what is going on but there is not much being checked with Configuration Manger. I would expect more checks to be performed but only Cube-processing jobs were successful. No issues found with this check but there is not anything else being checked like WSUS, SQL, etc. The tool seems kind of weak on ConfigMgr.

· Configuration was pretty straight forward and easy to setup

· If there is an issue, instructions on how to correct are provided

· Can only export reports within the tool to XML

I like the idea of Microsoft providing a quick and simple tool to check basic configuration issues with System Center 2012 SP1. I think the ConfigMgr check is a little weak; however, most of the other checks seem to provide enough information that if something was wrong, they could be corrected using the information provided in the tool. I don’t have DPM nor Service Manger installed so I was not able to evaluate the checks.

Hope you get a chance to use it in you next System Center 2012 SP1 deployment!