From the Server manager, I accessed the manage option and chose to Remove Roles and Features. 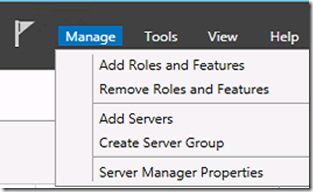 This resulted in an error but brought me where I needed to be to demote the domain controller as shown below: 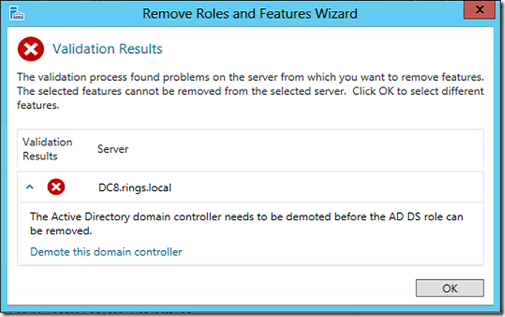 The demotion process was intuitive / each of the screens involved are shown below. 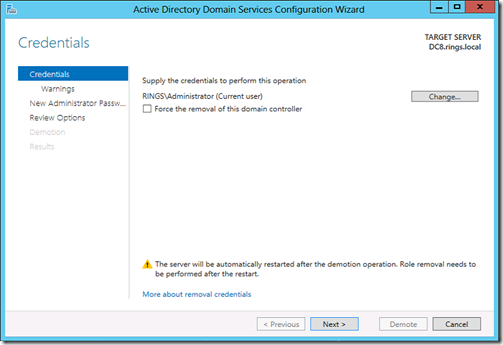 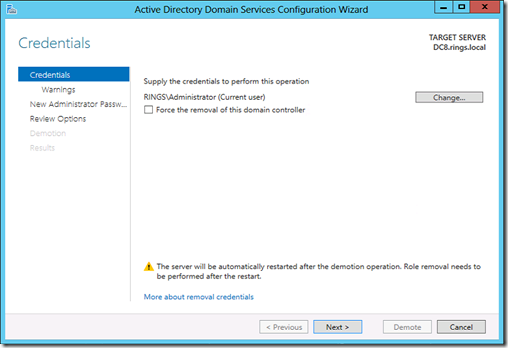 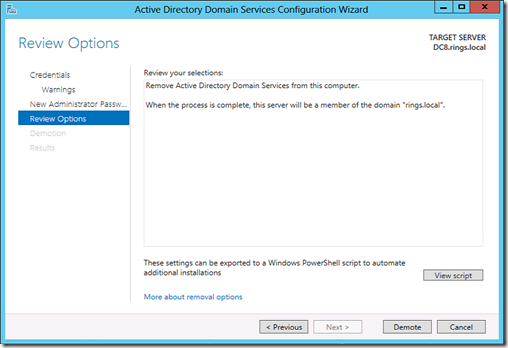 After the process completed, it was rebooted to complete the process. 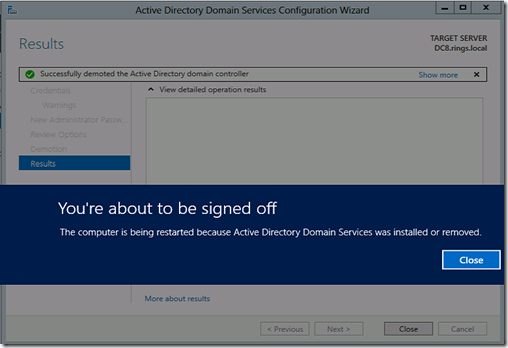 I validated the membership for domain controllers in AD users and computers and validate that the DC was no longer listed.

After a reboot the Active Directory Domain Services and DNS Server roles can now be removed. 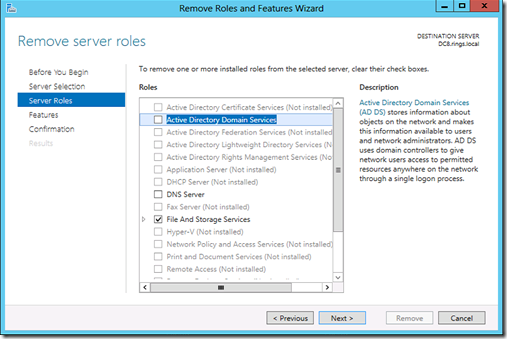 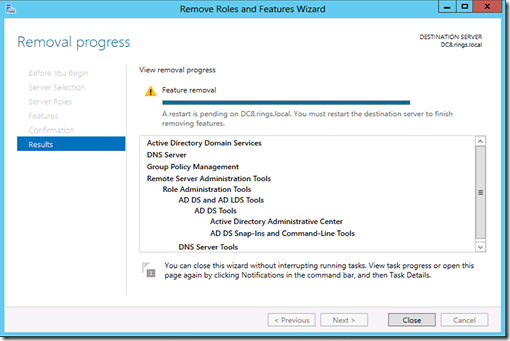 Another reboot completed the removal of the features.