QuickTricks: Removing Images from the Topology and Image Widgets

With the release of UR2 for Operations Manager Microsoft has provided 11 new widgets which have some really cool abilities! (For details see here and here). Two of the new widgets are the Image widget and the Topology widget. For both of these you can upload your own images and use them in the widget. The example below is my adding an image to the image widget and to the topology widget: (needless to say, pictures of Marnix Wolf and myself / maps of Ultima Online are not included in the product by default so you can tell these were images which were added J ) 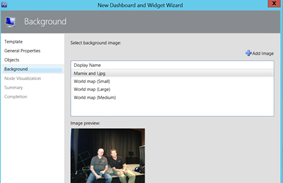 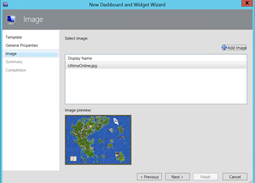 The example below shows the topology widget and the image widget populated with these graphics. 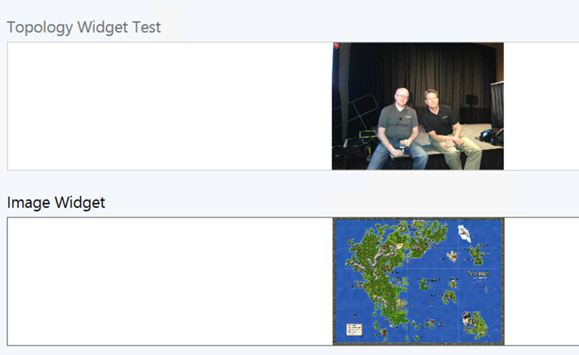 So, that’s a cool addition eh? However there is a problem. How do you remove an image which you provided to one of these two widgets? If you look closely there is an add image button but there is not a remove image button. After spending way too much time digging into a solution on this (to be detailed in a later blog) I found that you can remove all graphics which were added by removing a single management pack: "Microsoft.SystemCenter.Visualization.Component.Library.Resources". This is the only visualization MP which exists in Operations Manager which is unsealed. It appears to be created when you upload a graphic into either of these widgets.

Summary: Do you need to remove a graphic that you uploaded to the image or topology widgets? Remove the "Microsoft.SystemCenter.Visualization.Component.Library.Resources" management pack and then re-upload any graphics that you need to have added to these widgets. Once the first graphic is uploaded it will re-create the management pack that you removed.