Play your Windows Media Center files anywhere on any device!

I have been a long time Windows Media Center user and have been seeing how to take this forward and utilize it in new ways (for background see the blog posts below).

The following are some of the key benefits which I have found from integrating these two technologies:

1) Use Plex on any device you want: I have leveraged Plex on multiple Android Phones, iPad/iPhone, Amazon Firestick, a Smart TV, and a Windows 10 laptop with excellent results. A full list of players for Plex is available here.

(Android is shown below) 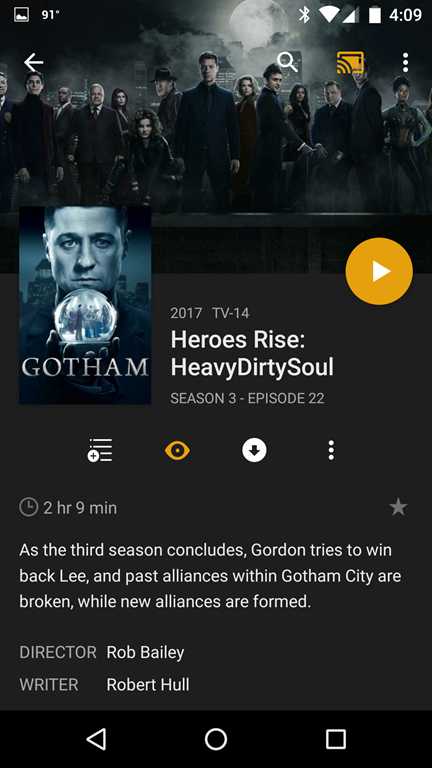 (iPad is shown below) 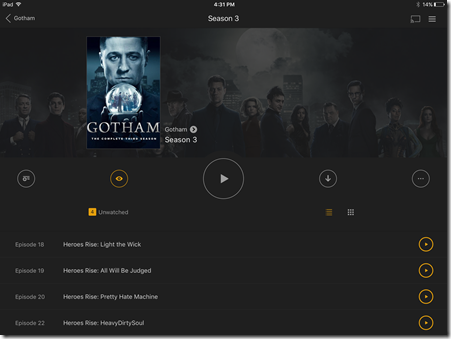 2) Play any media you have: The Plex Media Player can provide Movies, Music, Photos and TV shows from a variety of sources. I recently added all of our family photos the the library which Plex makes available by folder and by timeline of when the pictures were taken.

3) Maintain separate profiles: You can create multiple profiles in Plex which keep track of what you have and haven’t watched in the various profiles. This logically mapped to the same profiles which we use in Netflix (one for each member of the family) plus one for guest and one for the administrator. Each profile keeps track of how many recordings there are which that profile has not seen yet. The example below shows two TV shows (the 100 and 24 Legacy) each which indicates that number of shows which have not been seen from that profile. 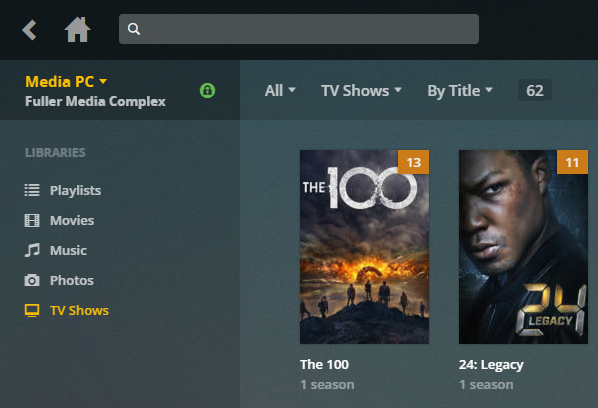 4) Content is easy to make available offline: Once your Windows Media Center recordings are available Plex makes it simple to download a local copy of your shows to take with for when you have no internet connectivity. 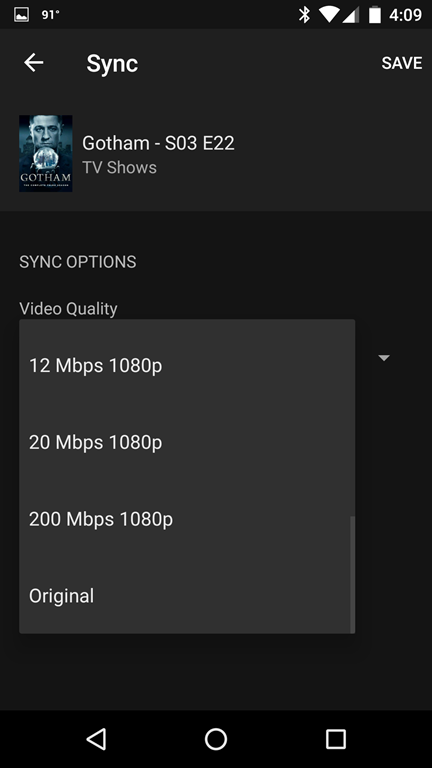 5) Intuitive user experience: Plex feels a lot like a combination of Windows Media Center and Netflix in terms of how is visualizes it’s media. The screenshot below shows an example of a show recorded by Media Center which Plex has multiple recordings available for a season.

A challenge of Plex with Windows Media Center:

I did run into one challenge which I ran into with Plex and integrating it with Windows Media Center. By default Plex does not like the folder structure where Media Center stores it’s files. Plex assumes that a recording will be stored in the name of the series instead of a single folder with all recordings (as Media Center stores them by default). To address this I took two steps:

1) I created a script which moves the Windows Media Center files into the appropriate folders (or creates them if they do not exist).

2) I scheduled the script to run on an hourly basis in task manager.

The following script will need to be changed to reflect where your recordings are (e:Recorded TV in my example below).

I used Windows task scheduler to run the PowerShell script which is shown above. I run it every hour at 15 minutes past the hour (so most likely just after a recording has completed in Media Center). 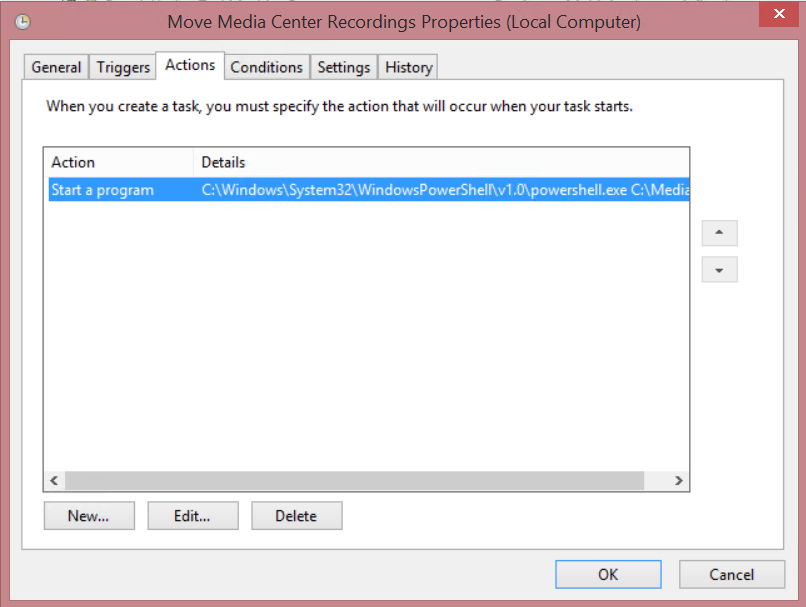