What should have been a straight forward P2V (Physical to Virtual Conversion) using System Center Virtual Machine Manager 2008 of a Windows 2003 system to a Hyper-V host turned about to be a lot more difficult because the operating system was installed with OEM media & product key.

This was a problem because after the P2V finished, I was greeted with an Windows Activation. And, it would not allow me to change the product key to a volume license key, and it would not accept the customer’s original OEM key. 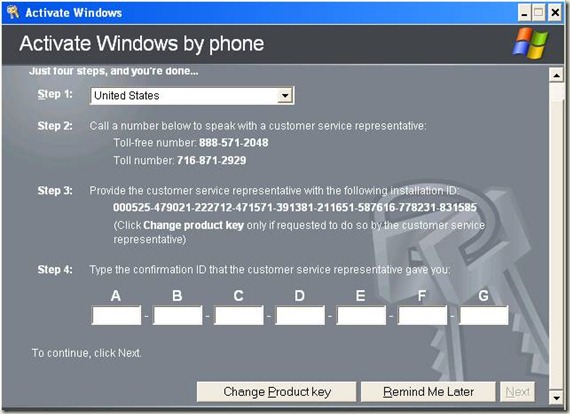 According to MSFT Support, “If the original Windows installation was done using OEM media, then you’ll be unable to activate the P2V conversation. This is because  OEMs have the ability to lock a product key to a particular system using a method called SLP (System Locked Pre-installation) preventing it from being  installed on any other hardware. This can be done in the BIOS and if the  (SLP) is unable to verify the OEM installation after a change such as replacing motherboard, update BIOS etc, you may be prompted to activate the installation.

You can always contact the OEM vendor to see what assistance they might be able to provide, but other than that the other two options are:

*run an in-place upgrade on the system using a VL media and when prompted for the product key,  use a Volume License key” 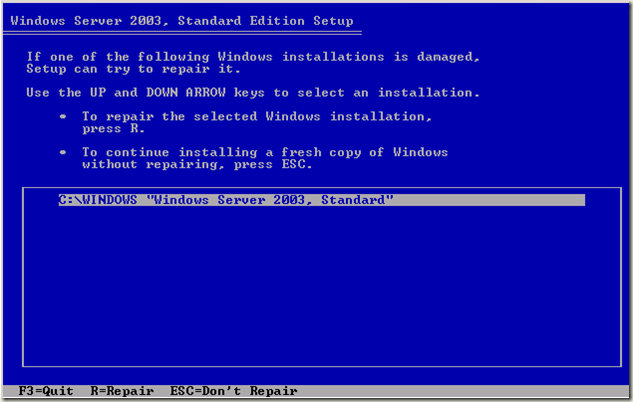 We were hesitant to perform this repair because it was a domain controller, but the operation went smooth and the server allowed us to enter a volume license key and boot up successfully as a VM.

Other tips that made this a successful P2V:

1. For very large file servers, ex: where the D:\ drive is > 1TB, you can skip those drives during the P2V process and only convert the C:\ drive. The trick is to create a placeholder VHD on another Virtual Machine and then xcopy/robocopy the contents. Then when the P2V finishes, you swing the VHD over to the new VM. That way, you eliminate the chance that the P2V fails during the BITS transfer. It also reduces the downtime of the P2V itself, because you can xcopy the contents over several days while the server is online, going back each time with the /D switch to just get the changes only.

So, how can you tell whether or not you are running an OEM version of Windows before you attempt a P2V?

To find your current PID:

2. On the General tab, the PID appears in the Registered to box.