The VMM 2012 R2 installation screen is shown below: 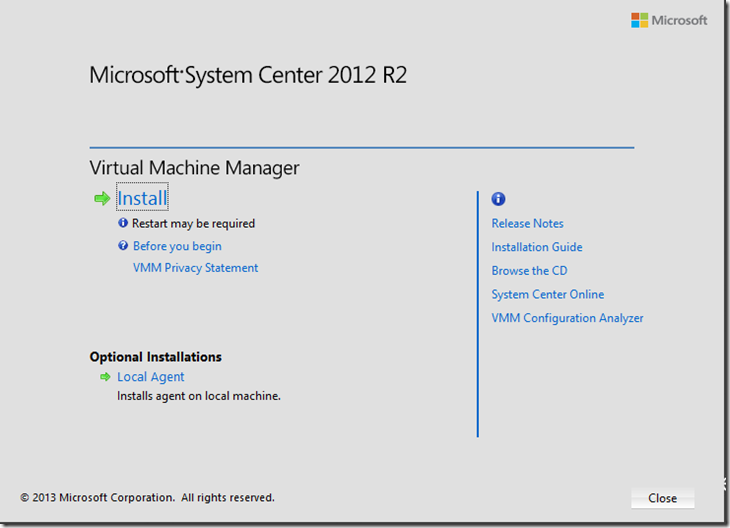 During the attempted upgrade it was apparent there is no upgrade option (also backed up by looks http://www.systemcentercentral.com/some-tips-on-upgrading-system-center-2012-sp1-to-r2-preview/) …

VMM also does not support in-place upgrade. You have to uninstall VMM and retain the database. (remove the existing VMM components through control panel/add remove programs). 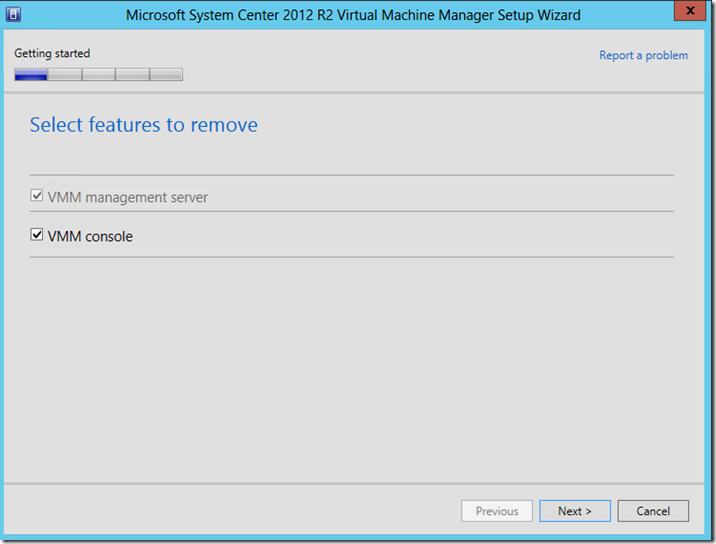 Retain the database as you will want that later during the re-installation with VMM 2012 R2. 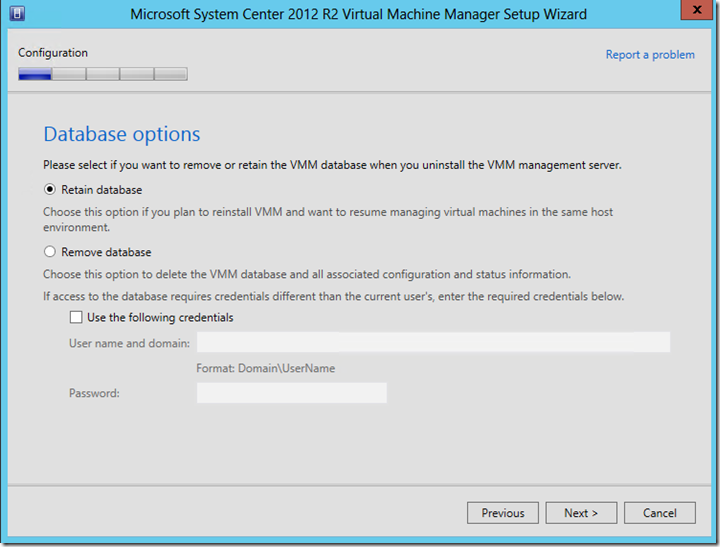 Successful component removal is shown below. 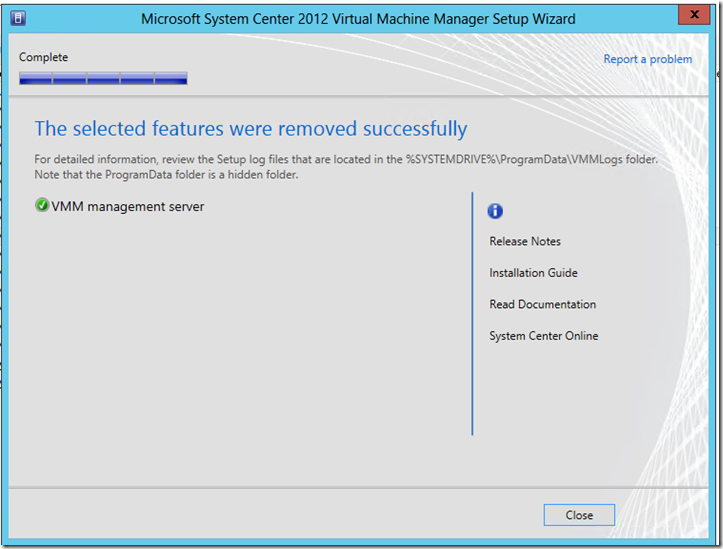 On the getting started screen provide the name, organization and product key. 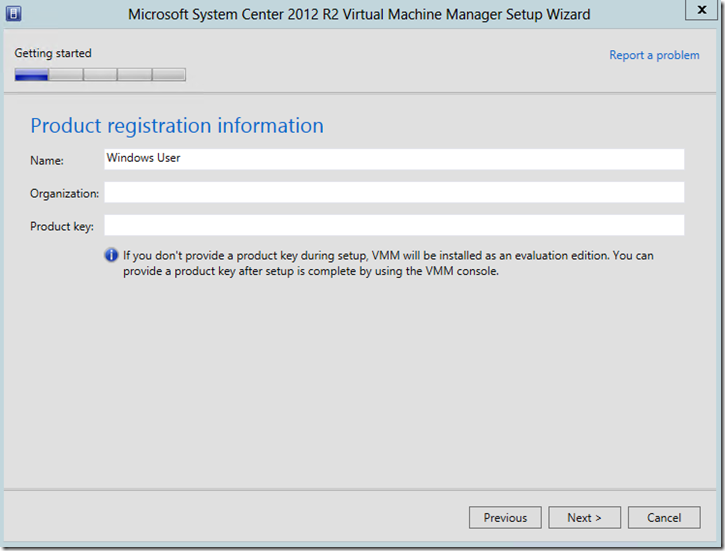 You next need to accept the license agreement. 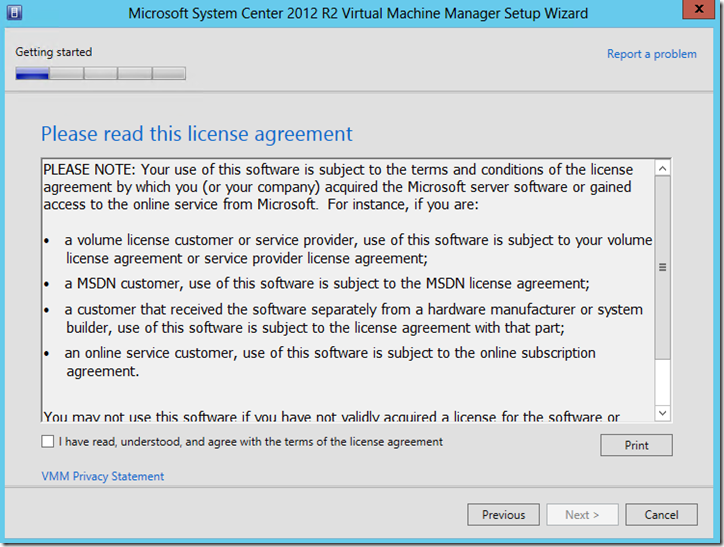 Next choose either to or not to participate in the CEIP. 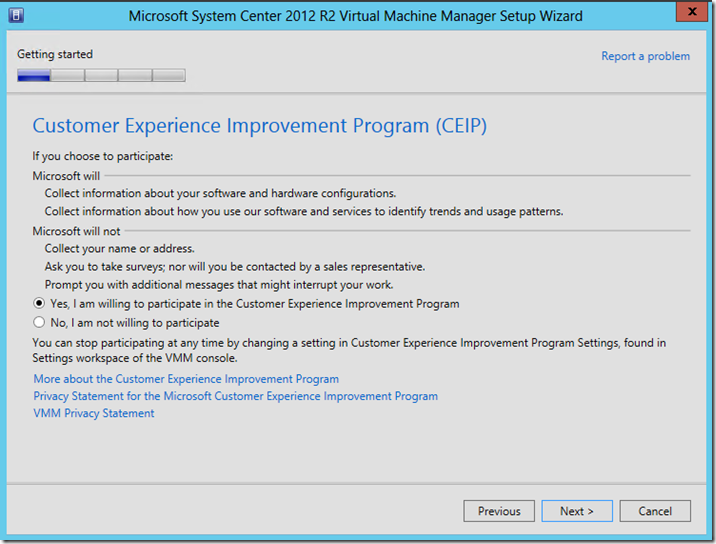 And either accept the default path or change it to the path that you prefer for your environment. 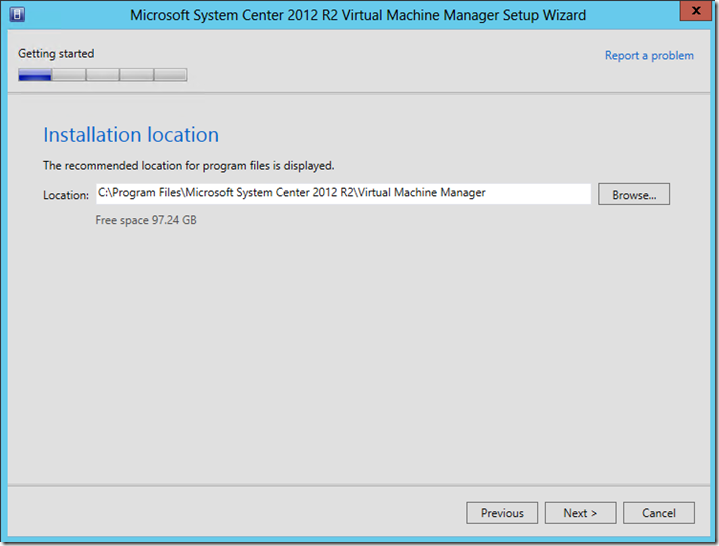 There is a pre-requisite to download and install the Windows Assessment and Deployment Kit which causes a critical failure. 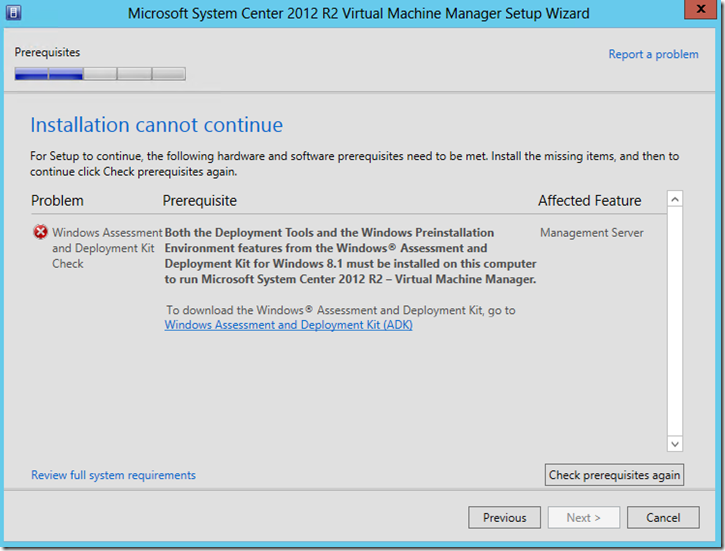 When I attempted to download and deploy the missing prerequisite it reminded me that this was already installed and needed to be uninstalled first.

Back to the control panel add/remove programs and uninstall the existing deployment kit. 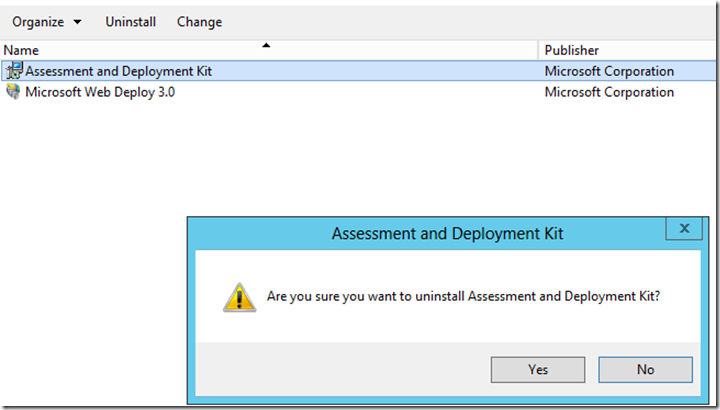 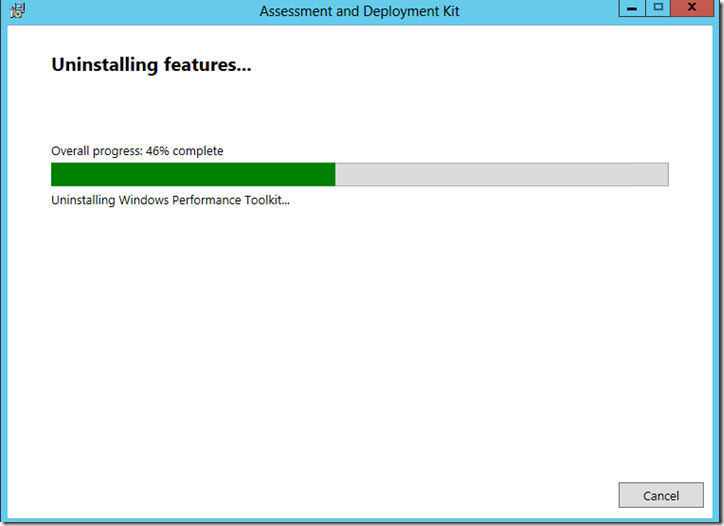 Install after removing the older version the new version can be installed as shown below. 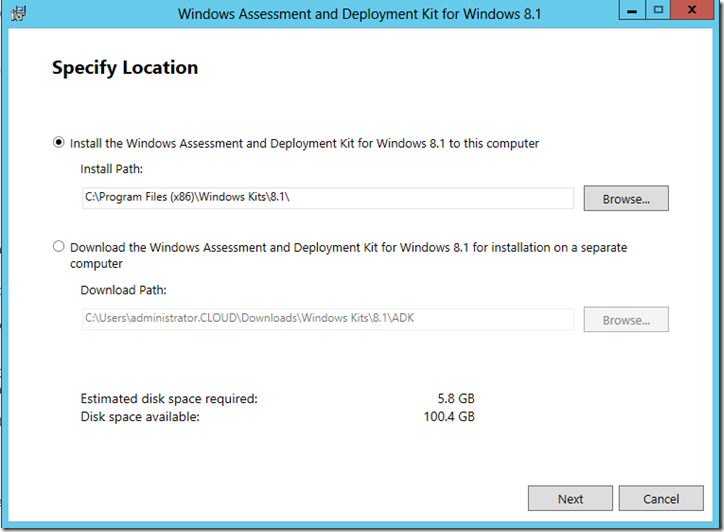 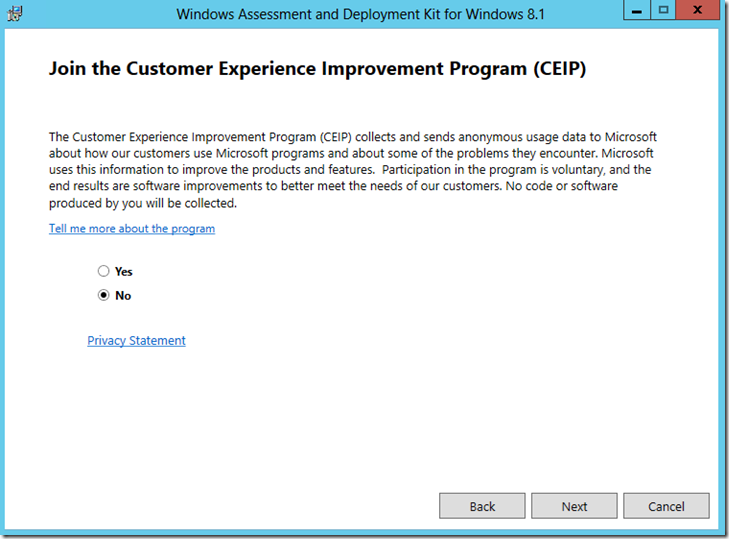 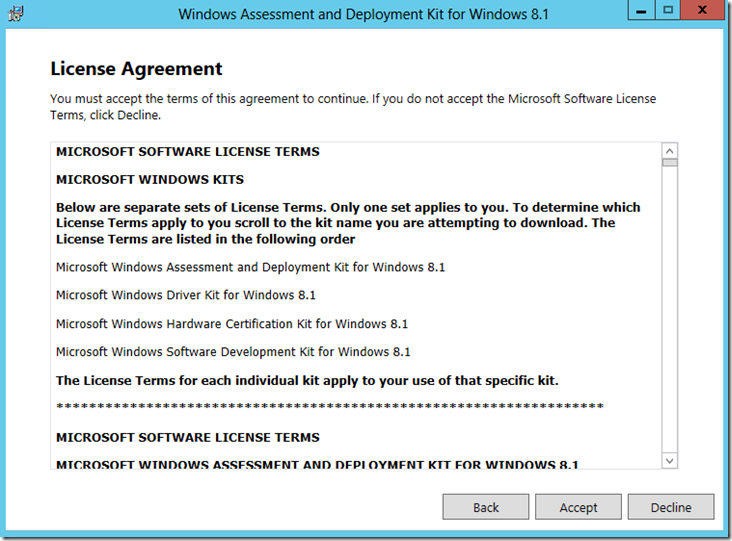 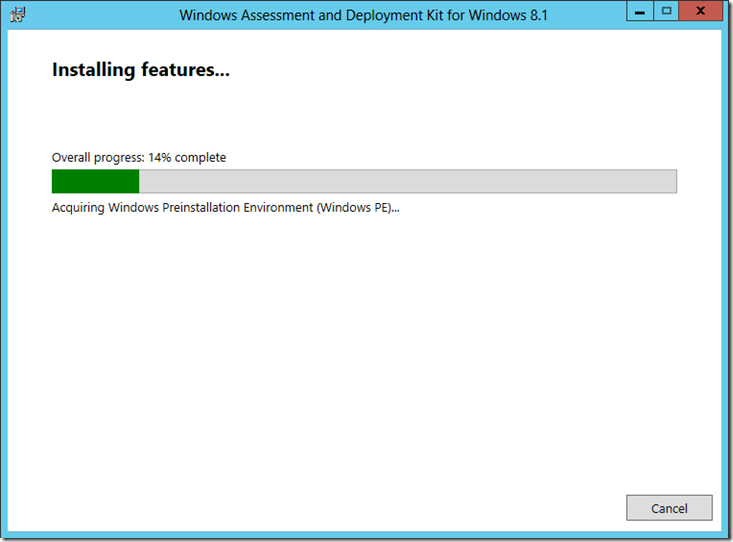 This took a while to complete (longer than most of the rest of the VMM installation process), but the completion is shown below. 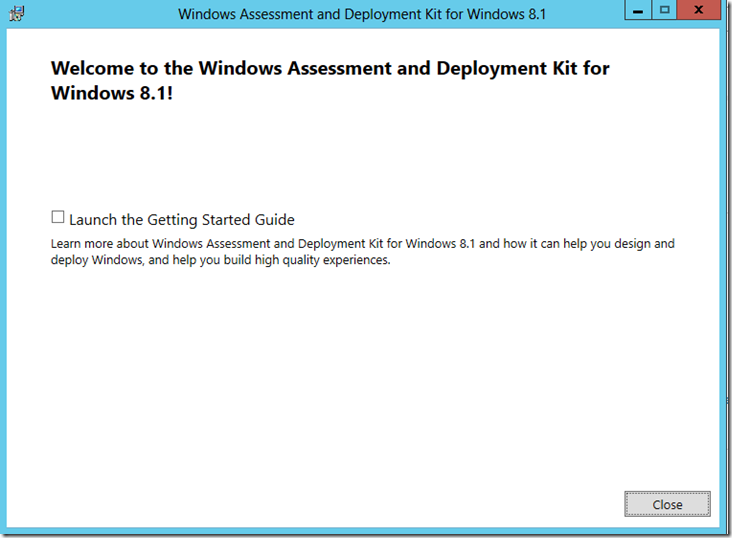 Now it’s back to the VMM installation now that the one missing pre-requisite has been dealt with. 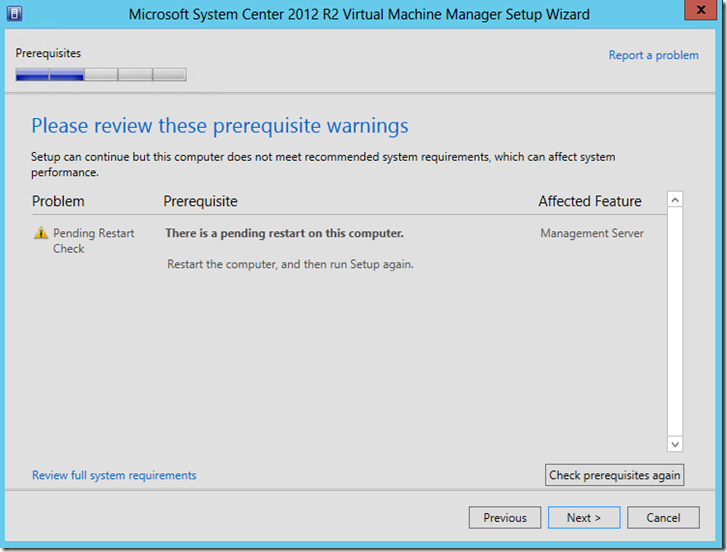 So, it’s time to reboot! After reboot and re-run the installation. It reminded me that I should have more memory by this system has dynamic memory configured to go beyond the four GB level so I continued past this warning. 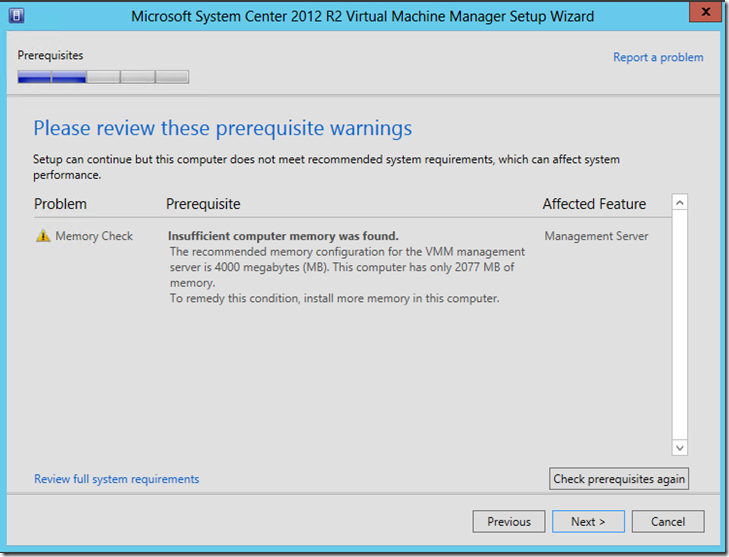 Go find the database that you had before the installation of 2012 R2 (the default name for the database name would be "VirtualManagerDB”). 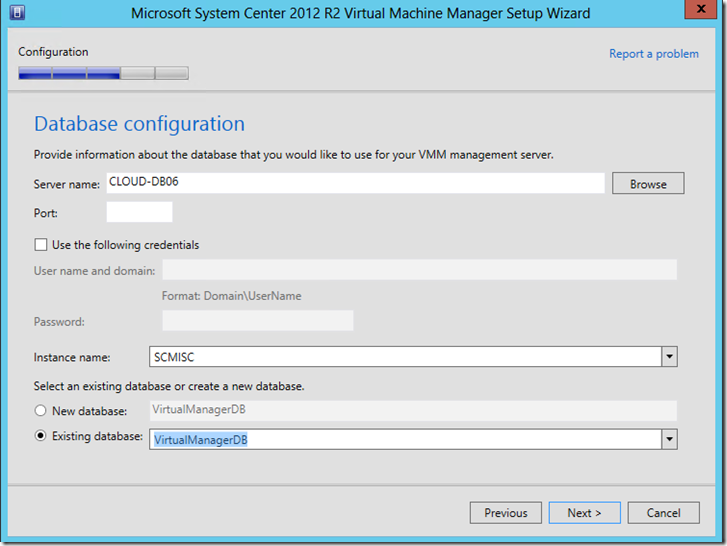 And it lets me know that this database is from an older version and asks me to upgrade it!

Next I needed to configure the service account and distributed key management. 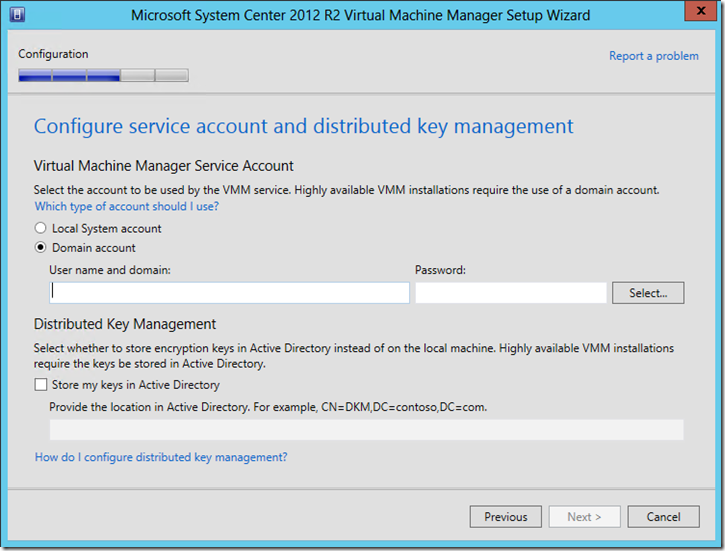 And specify which library server to use (I retained my existing one as shown below). 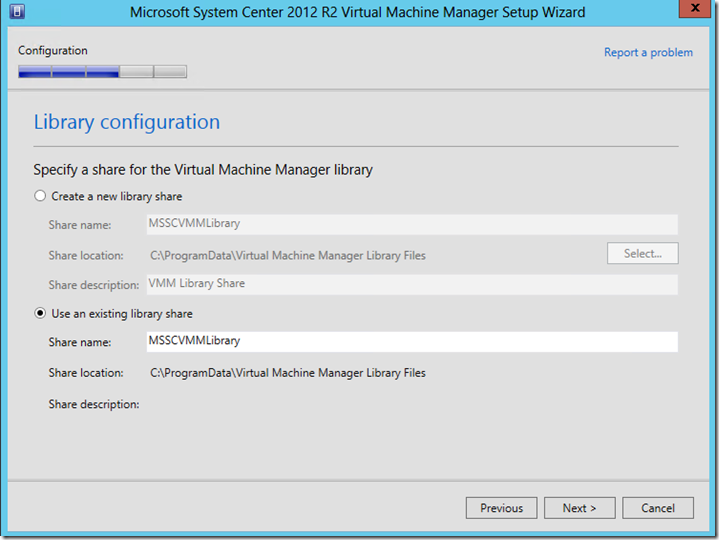 The installation generated an upgrade compatibility report warning me of potential issues. So I’ll need to re-attach to my Operations Manager environment and check the upgrade documentation at http://go.microsoft.com/fwlink/?LinkdID=214130. 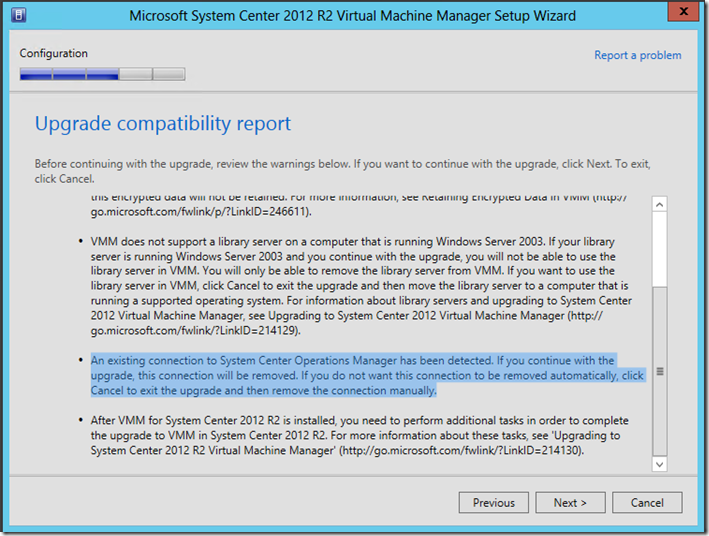 The installation summary is shown below. 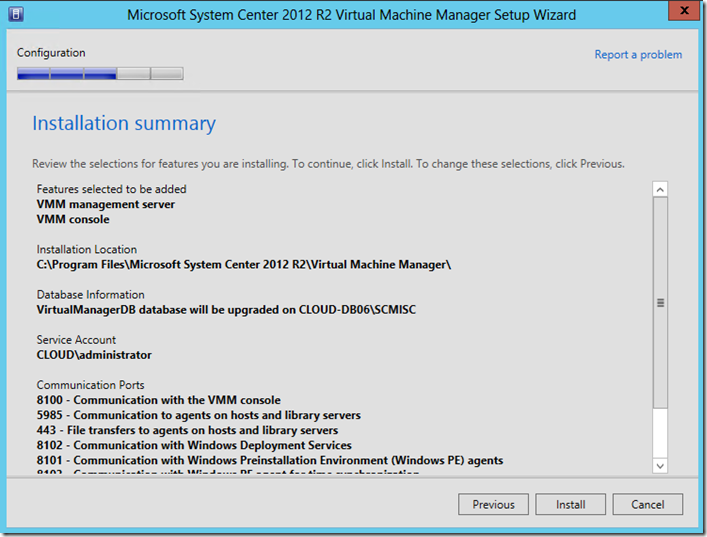 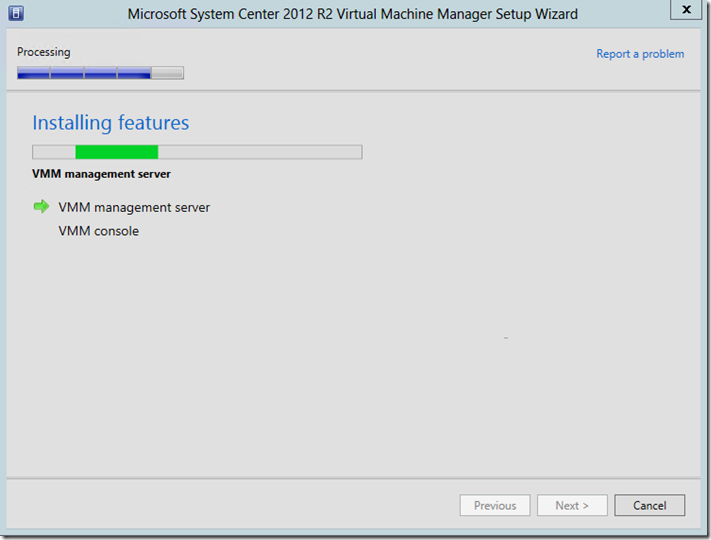 Successful completion is shown below. 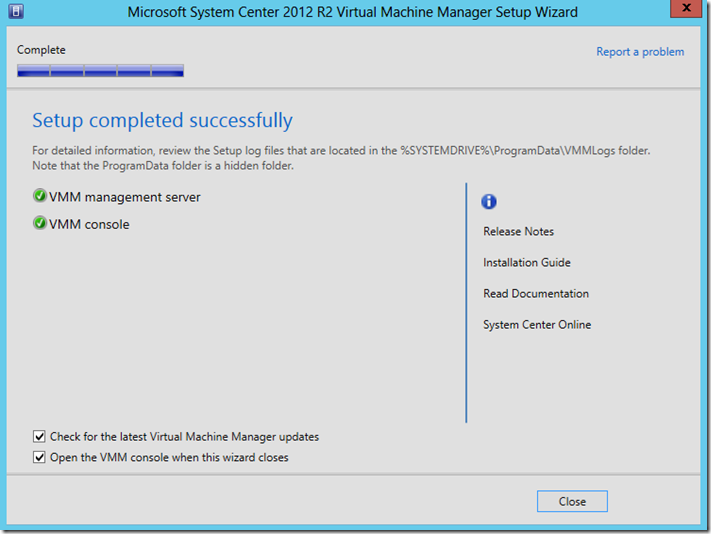 And here we go! 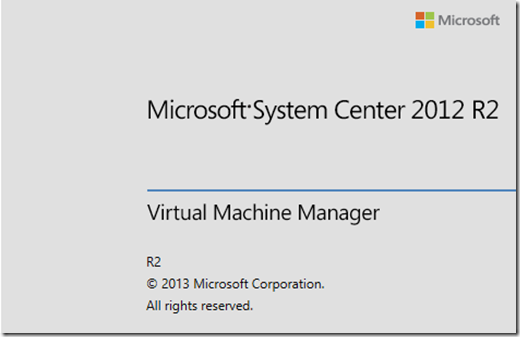 The upgrade was successful, as evidenced by the new Generation 1 and Generation 2 options shown below! 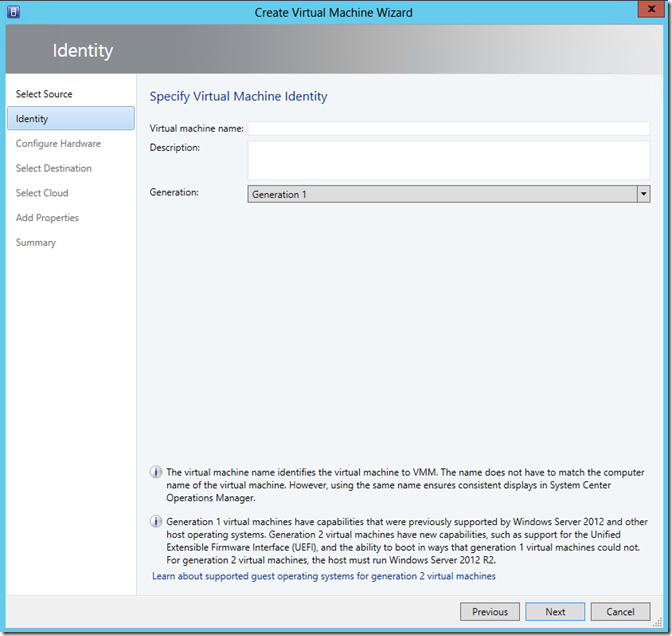 And my existing hosts continued to report correctly into VMM.