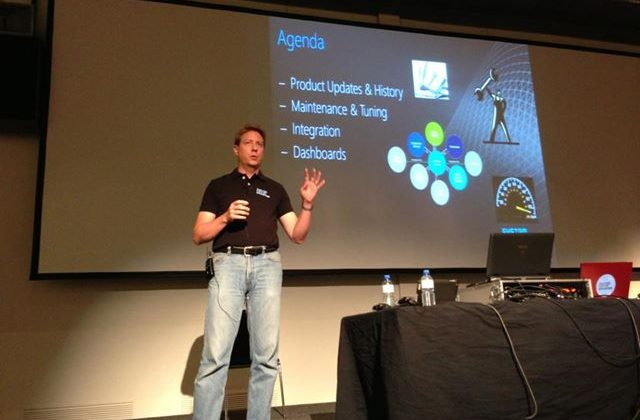 Welcome to the “Introducing Series”!

Who am I? My name is Cameron Fuller, I have been in IT for nearly 30 years and I have been a Cloud and Datacenter Management MVP for 13 years and I work for Catapult Systems as a Director for Automation Solutions. I have co-authored several books, written technical articles, spoken on technical podcasts and have presented at conferences around the world. I started with computers when I was 8 years old and I cannot imagine where my life would be today if not for Information Technology.

How did I get where I am at today? I entered the IT workforce in 1992 (28 years ago for the mathematically challenged such as myself). I started as an intern working for a company where I was programming in C++. I got my opportunity to join the IT workforce while I was in college. The first company I worked for had already recruited a friend of mine at college (Shawn W) and I was lucky enough that she was so talented that they told her to “find two more like her” (which I wasn’t by the way, she was far better in programming than I ever was/will be). I developed some great friendships and mentors during that timeframe (Andy B, Parmod A and Rob B among others). During that first job I got my start in IT and I moved on when they went out of business. When they went out of business, with the help of another friend from the first company I worked for I was lucky enough to land a job in consulting where I have been for the majority of my career.

Being mentored: Throughout my career I have been blessed to have worked with many people who have invested in me to mentor me forward in my career. I would be remiss if I specifically didn’t mention Pete W, Kevin O, two of my favorite PM’s (both named Jim), John S, David M, Gary F, David F, Maarten G, Christian B, Justin I and DC C. I’m sure I’m missing plenty of folks who truly deserve a shout-out but I’ll keep it brief. In summary – I wouldn’t be where I am today in my career without people who invested in me like they did.

Today/this series: I was recently approached by a friend of the family who is currently working in a non-IT related field. He is considering shifting his career to focus on IT. In his case he is specifically interested in Microsoft’s cloud solutions – specifically Azure. What I started to quickly realize is how difficult it would be in today’s world to explain the state of technology to someone who is not currently in technology. You can’t just say – go out and get an Azure cert as a first step. You really need to start with what is Azure, or even before that what are the Microsoft Clouds. To engage in this effort, I am starting this series with the hope that this will not only help the friend of the family I am hoping to help but also to assist people who aren’t familiar with technology to give them a starting point.

Summary: If you want to learn about what IT is from a Microsoft perspective, without a bunch of technical jargon this series should give you a place to start. To keep up with this blog post series watch for it regularly at: https://www.catapultsystems.com/blogs/

The posts in this series are available below: