This is my first of hopefully many posts involving the latest and greatest server operating system Windows Server 2012. This post will walk you through the installation,(which really hasn’t changed much) and what you will see after the desktop appears for the first time.

Download the  Windows Server 2012 Release Candidate (RC) and create a bootable disk, USB or boot from the ISO in your virtualization environment,(I went with the last choice).

Boot into Windows Server 2012 WinPE and start the installation 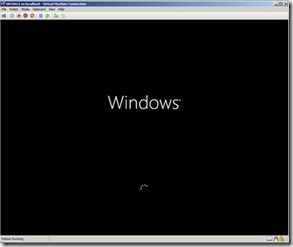 Select your Language, Time and Currency and Keyboard > Click Next 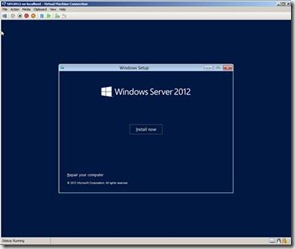 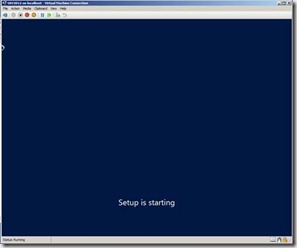 Here is the only real change in the installation routine. Windows 2012 Server defaults to a Server Core installation. I chose to install the GUI so the new Metro features and the changes in the overall navigation can be reviewed later in this post.

The really cool difference is that you can roll this installation back to either the Windows 2012 Server Core only installation or the best of both worlds the “Minimal Server Interface” after you install the full GUI version of Windows Server 2012. This ability to scale down,(or scale up) to the GUI is a major change from Windows Server 2008 R2.

The Minimal Server Interface will allow you to use Server Manager and the traditional tools such as Control Panel and Device Manager to perform your Windows administration tasks on a “Core”installation of Windows Server 2012. More on that in later posts! 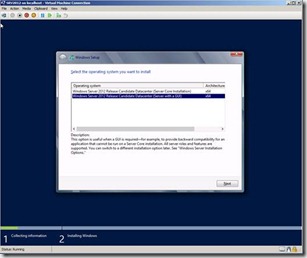 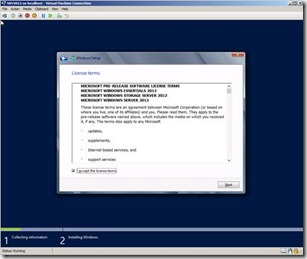 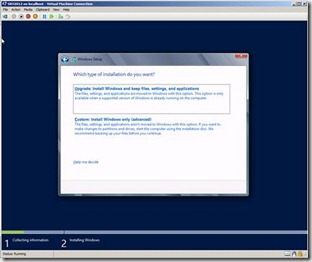 For this install I accepted the defaults Drive 0 > Click Next 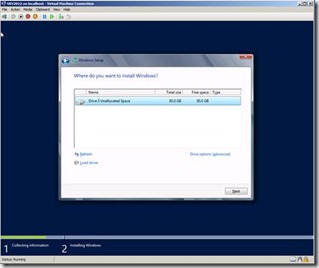 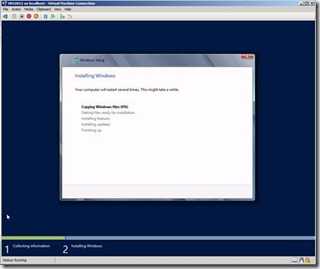 After the reboot Windows 2012 finishes installing 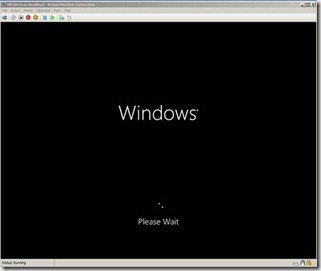 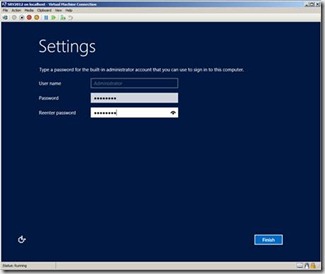 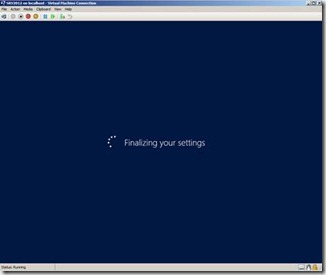 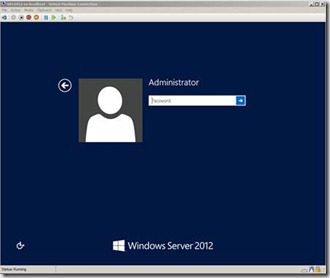 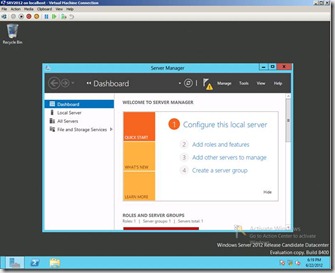 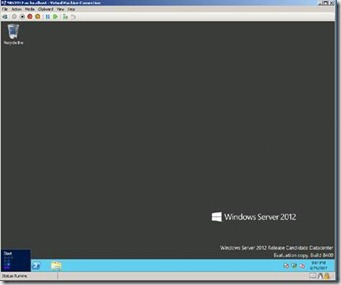 The Start Menu Metro tiles appear on the Desktop. Use these Metro tiles to navigate the GUI of the Windows Server 2012 desktop 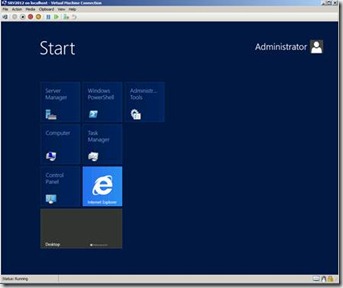 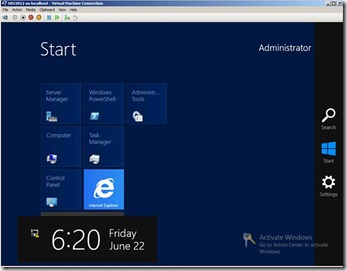 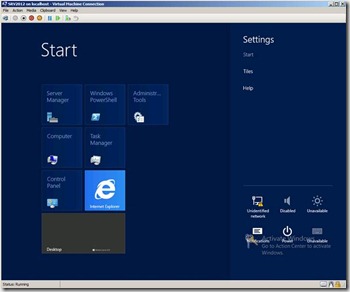 The Search applet will show the Apps view 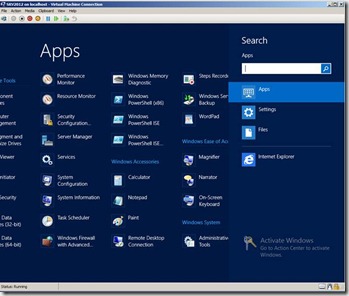 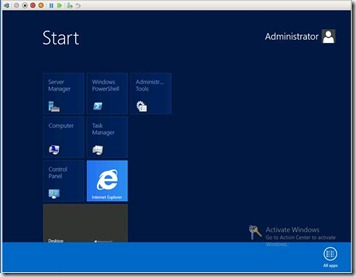 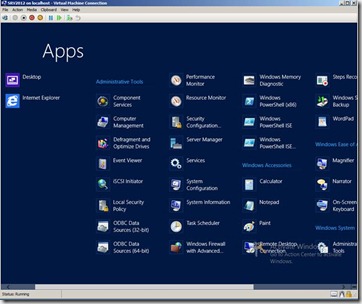 "The postings on this site are my own and don’t necessarily represent my employer’s positions, strategies or opinions”