From a high level these were the steps required (identified by Pete Zerger in http://www.systemcentercentral.com/BlogDetails/tabid/143/IndexID/87781/Default.aspx):

(1) find out what the correct class name is for the network device.

(2) import the management pack that contains that class definition into SM.

(3) use the powershell cmdlet to add the class to the whitelist.

(4) edit the properties of the CI connector and put a checkmark in the box before your MP name so it will sync it and then hit "Sync Now".

For this one, Oskar Landman to the rescue at: http://www.systemcentercentral.com/BlogDetails/tabid/143/IndexID/81851/Default.aspx

Oskar’s article was written about Service Manager 2010 and Operations Manager 2007 R2 but the ideas almost all still apply.

Finding the class name for network devices: using the Discovered Inventory view in the Monitoring pane showed the results below from my home lab. (My network devices are emulated using the Jalasoft product which Kevin Holman recommended in http://blogs.technet.com/b/kevinholman/archive/2012/02/17/test-demo-opsmgr-2012-network-monitoring-with-jalasoft-s-network-device-simulator.aspx). This shows that “Network Device” is what I care about for these network devices in Operations Manager. 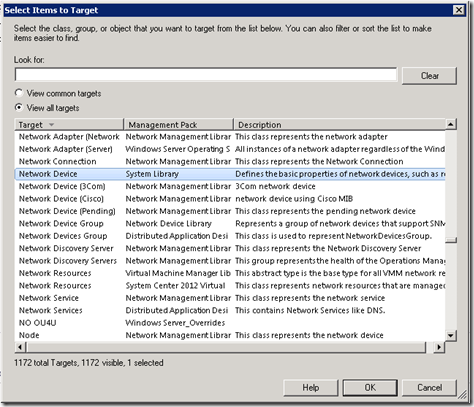 Indicates that I need to add the class for System.NetworkDevice and it’s included in the System.Library management pack.

(2) import the management pack that contains that class definition into SM.

From a variety of trial and error I found that I needed the following management packs to get my lab environment to synchronize these network devices as CI’s:

During my testing I also ended up adding:

Not all of these may be required, but for this blog post I was not able to test further restricting the required list of management packs. The management packs which were required were added from the OpsMgr 2012 RTM media in the ManagementPacks folder.

The Network Management Library dependencies in Service Manager are shown below: 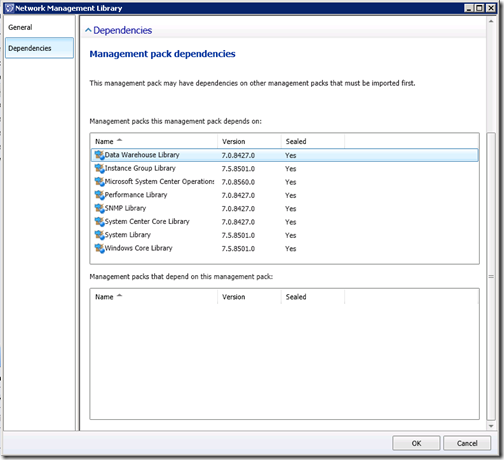 (3) use the powershell cmdlet to add the class to the whitelist.

This is part of where things got interesting. For an OpsMgr guy, understanding how to launch the Service Manager Shell and load the required cmdlets was non-intuitive. here’s the process I ended up using. Additionally, the cmdlets and syntax has changed since Service Manager 2010.

To display what’s currently on the allow list in Service Manager 2012:

To add to the allow list in Service Manager 2012:

Once this was added the list had the System.NetworkDevice as shown below:

(4) edit the properties of the CI connector and put a checkmark in the box before your MP name so it will sync it and then hit "Sync Now".

In Service Manager, changed the connector for Operations Manager CI’s: 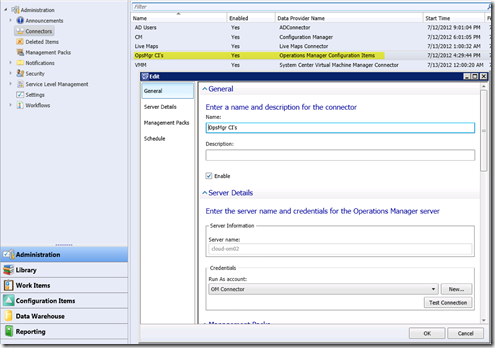 To include the new management pack: 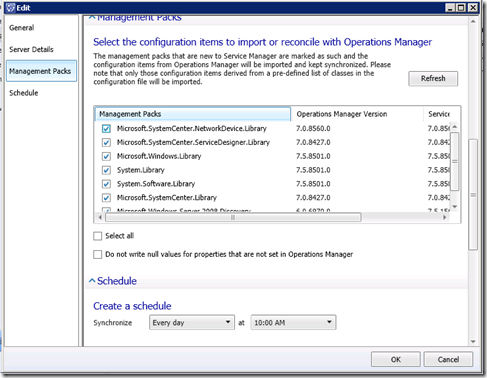 In Service Manager in the Configuration Items view, I created a folder called “Network Devices”. Within this I created two views – the first containing all CI’s to see what existed in the Service Manager CI list and a second designed to only show the appropriate network devices. The All CI’s view looks like the following below: 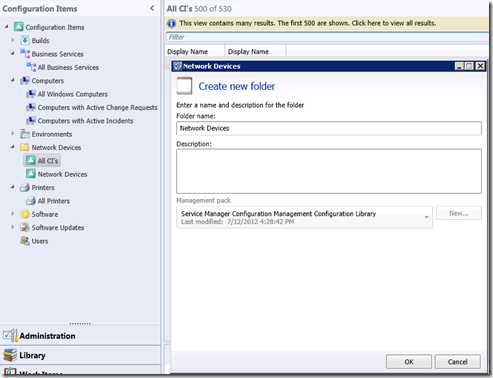 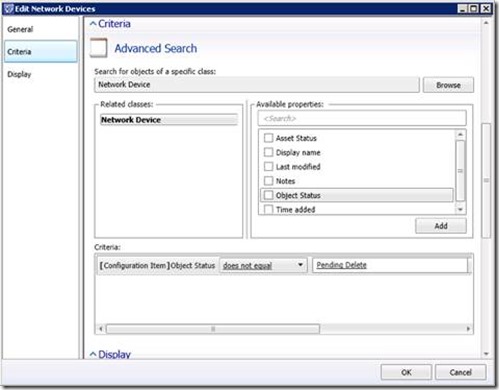 The results of this view are shown below where the same three network devices from Operations Manager are now appearing as CI’s in Service Manager: 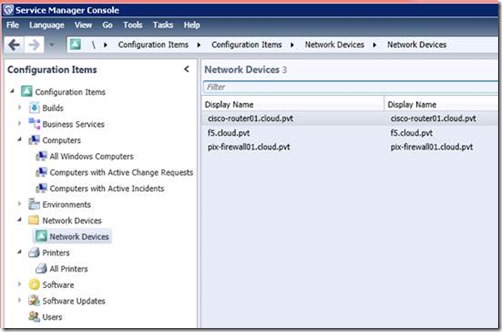 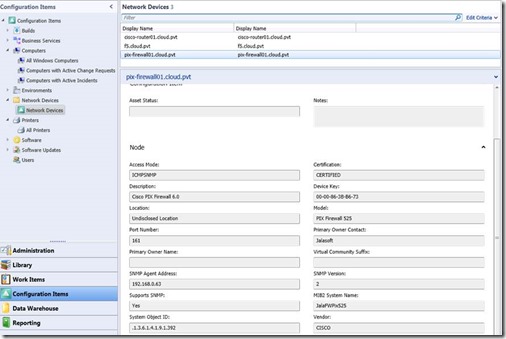 As expected these network devices also integrated correctly into Service Manager such as in the example below where a network device is being added to an emergency change request. 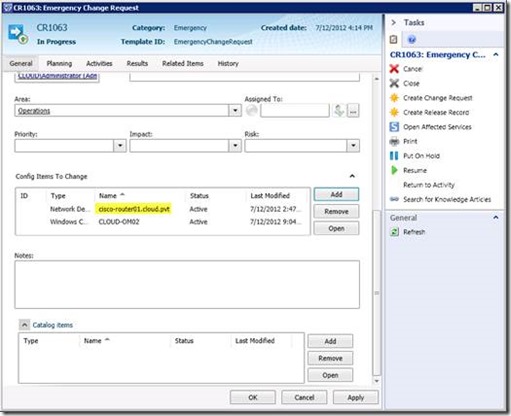 I owe huge thanks to both Chris Ross for his insights on this topic and to Pete Zerger and Oskar Landman for blazing the trail required to build the foundation to making this feasible for an OpsMgr geek such as myself!

Additional recommended reading on this topic:

Pete Zerger’s article on including non-Windows devices from Operations Manager into the Service Manager CMDB: http://www.systemcentercentral.com/BlogDetails/tabid/143/IndexID/87781/Default.aspx)

UPDATE on 2/14/2013: I had an incorrect piece in here that Oskar pointed out to me and I have updated. I originally listed Add-SCSMAllowClassList but the correct one is actually Add-SCSMAllowListClass. Thank you Oskar for pointing this out!