Recently I spent some time installing my first 2012 DC into an existing Active Directory environment. I installed the server, logged in and ran dcpromo.

And pretty quickly I felt the sinking feeling that “this is no longer your father’s domain controller installation”.

So, how do we install a domain controller on Windows Server 2012? Add roles and features as part of Server Manager. 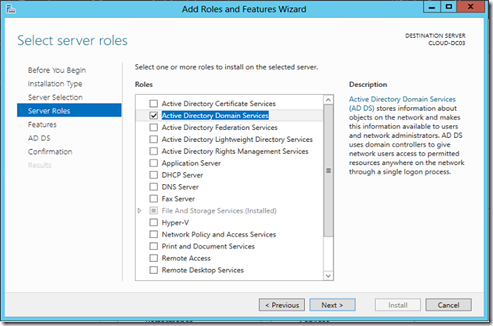 Once the feature is installed a flag appears that there are additional post-deployment configuration steps which need to occur to promote this server to a domain controller.

For my environment I was adding a domain controller to an existing domain. 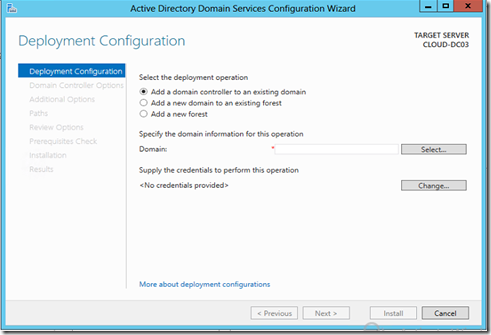 I specified the configuration including the site to add the DC to and the DSRM password as shown below. 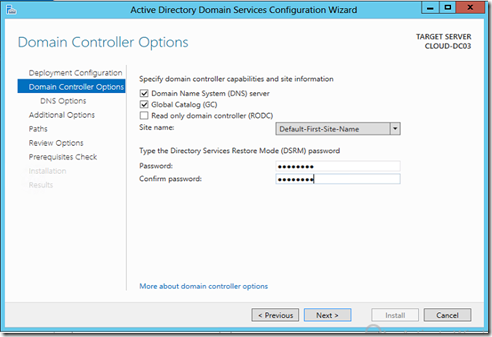 Additional options were available to install from media or to specify the server to replicate from. 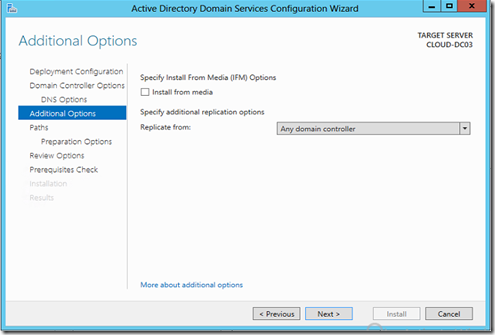 Since this is only a lab environment the installation was done to the default locations shown below. 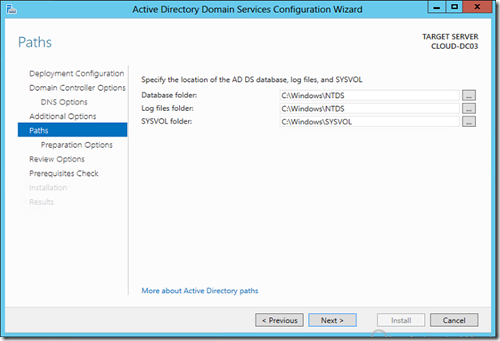 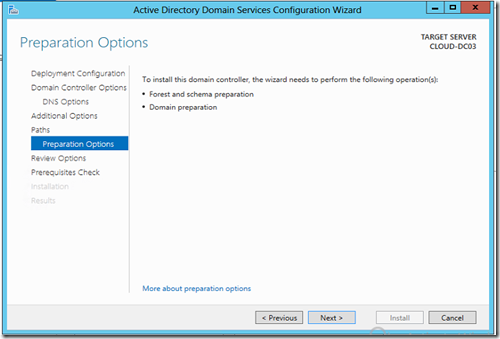 My first attempt to install failed due to issues with my domain. 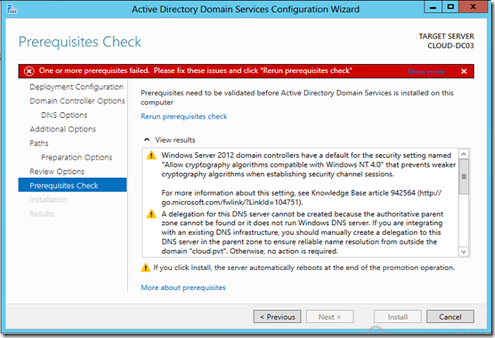 To fix this I had to remove a defunct domain controller in my environment. After I removed the DC through active directory users and computers and re-tried the test things moved along as expected. 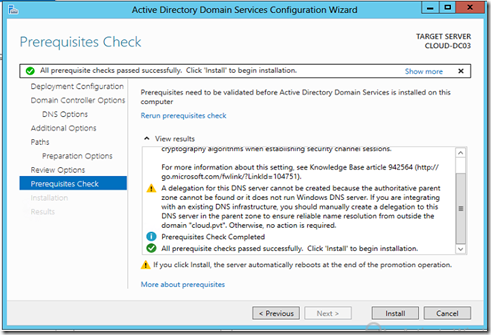 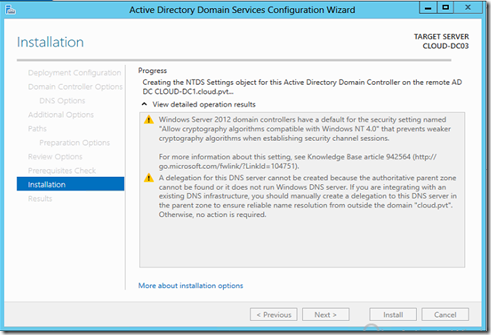 After the installation completed and the server was rebooted the domain controller after the promotion process was completed.

Summary: Wanting to install a domain controller and looking for the good-ole-dcpromo? It’s now part of Server Manager and is added as part of the “Active Directory Domain Services” role.

Additional readings on this: