After upgrading my SMB3 based file server from Windows 2012 to Windows 2012 R2 I missed that the file server was now in an Unknown status in VMM within the Fabric pane, Storage, File Server section. While the file server continued to function correctly, I was unable to add any other file shares on the server due to an error refreshing the Windows file server storage. 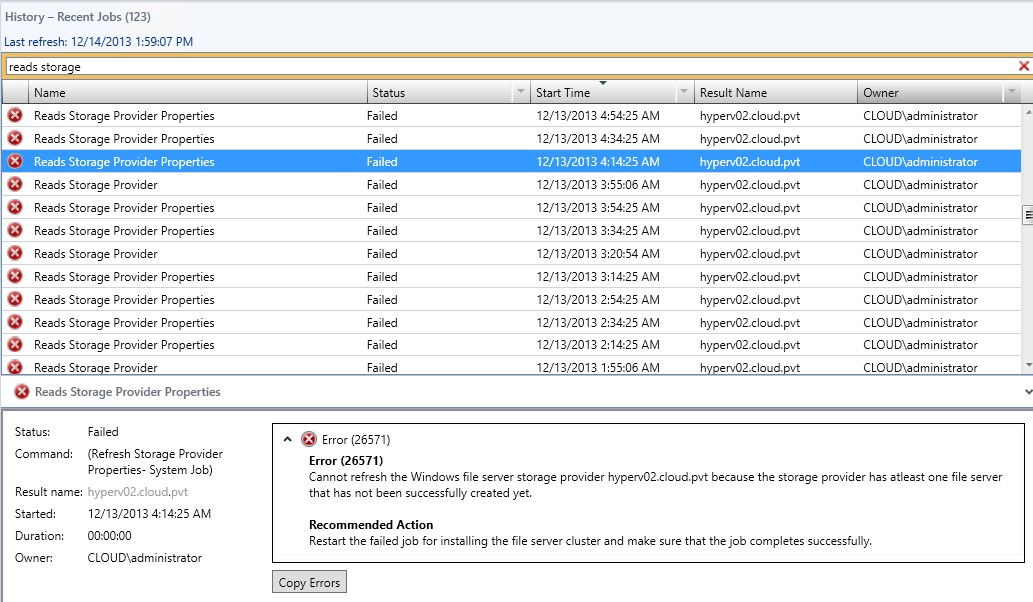 Restarting the job was the recommended action but that did not resolve the issue. In the VMM 2012 R2 release notes I found the following information: (available at http://technet.microsoft.com/en-us/library/dn303329.aspx).

In my environment, the file server was in use for my virtuals so I shut down all non-required virtuals and migrated any remaining ones to local storage just in case the removal of the file server caused issues. Additionally, I took a screenshot of the current file shares (shown above) to make sure that they were re-added correctly. 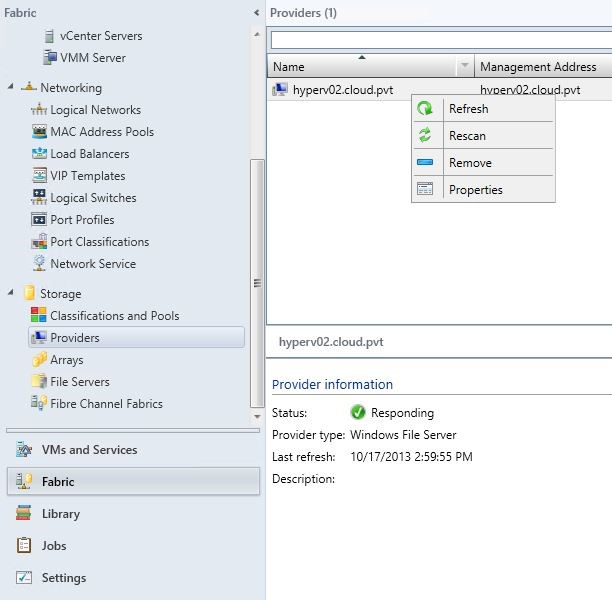 The successfully completed task (Removes Storage Provider) is shown below from the Jobs pane.

To re-add the file server open the Fabric pane, storage, providers and Add Storage Devices. Go through the wizard and add the original file server.

In the wizard there is a step to select shares to place under management by VMM. The screenshot below shows that each of my originally managed shares were listed (virtuals, VirtualShare1, VirtualShare2, DeduplicatedVirtualDrive) and the new share was also available (TieredStorage).

After successfully re-adding the file server and the file shares, they were working as expected and shown below (I missed one which I later added which was the "Virtuals" item shown below as No for managed, but was able to change the properties of that share to Yes for managed). 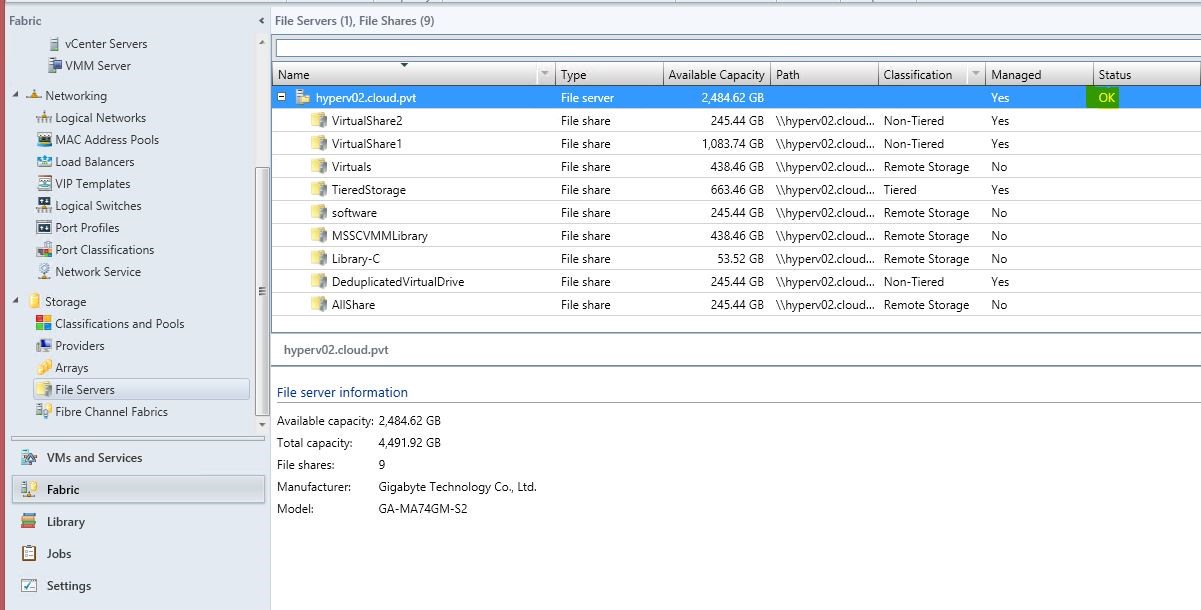 Summary: I had been concerned that implementing this workaround to change my file server from an unknown state to ok was going to cause significant interruptions in my environment but the change was very straightforward and was implemented without any issues in my lab environment.