When creating a set of dashboards for different servers in our environment, we started with the creation of a group which had the servers defined within it. Once this was done, we create a series of views to show us the state of the servers and to show relevant performance information. The user requirement was a single performance view that showed both the available disk space and the processor queue information for the same systems.

An unrestricted list of performance counters which were available for these systems is shown in the graphic below: 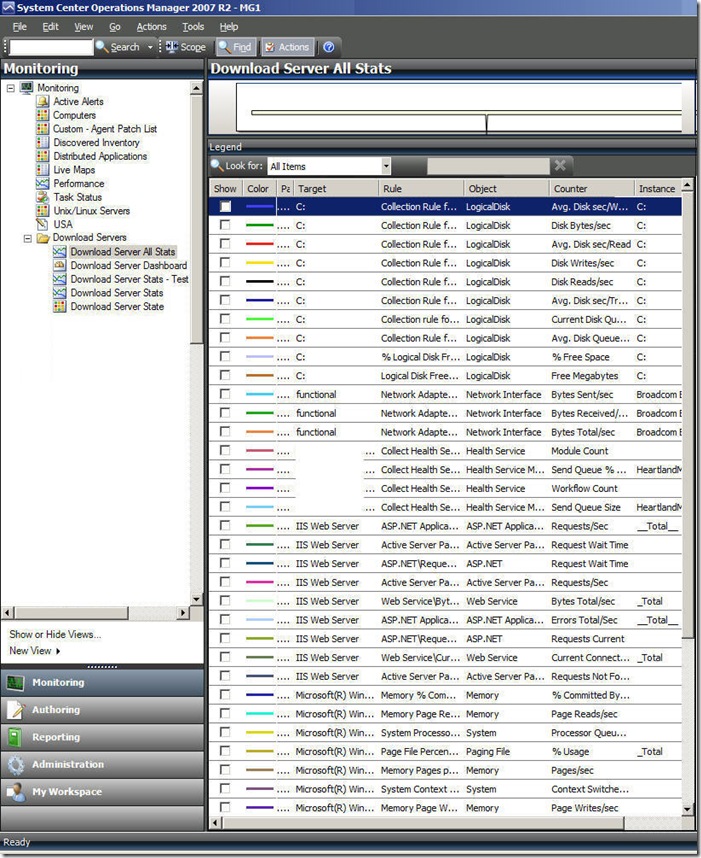 What I found is that you can use brackets to define what acceptable letters are for the item you are configuring. As an example, if you know that you wanted to get something that had the letters a-z in them you can specify this with [abcdefghijklmnopqrstuvwxyz]. In my case I wanted to restrict enough to get these three but no more. So this is how the query was created/I determine what would create a unique condition based upon these counters:

Combined these form: (nope, sorry not Voltron for my fellow geeks out there. But you gotta wonder when Hollywood is going to jump on that particular boat). 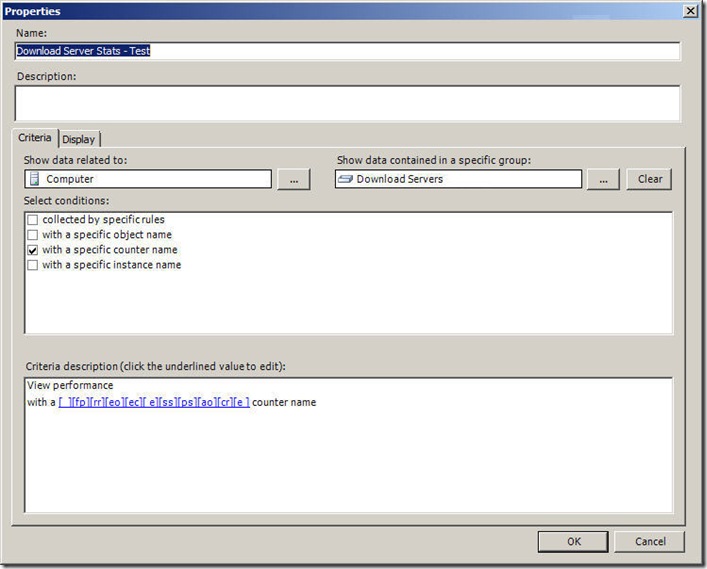 The result was the view showed only the counters expected as shown below: 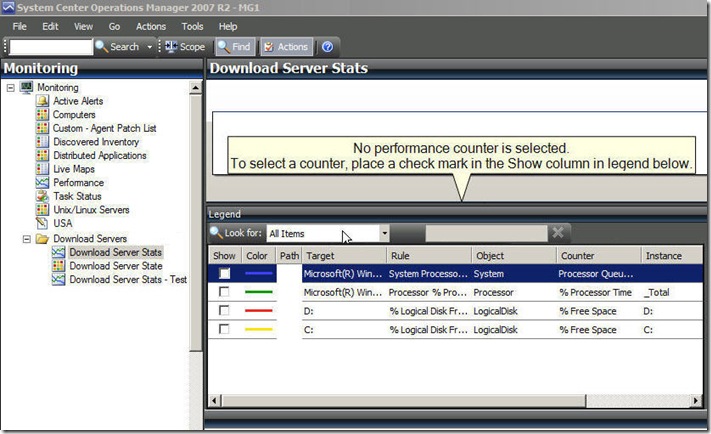 Summary: You can use [] to specify criteria when defining performance views in OpsMgr. You may not need it often, but this is another tool to keep in the toolbelt if you need it.