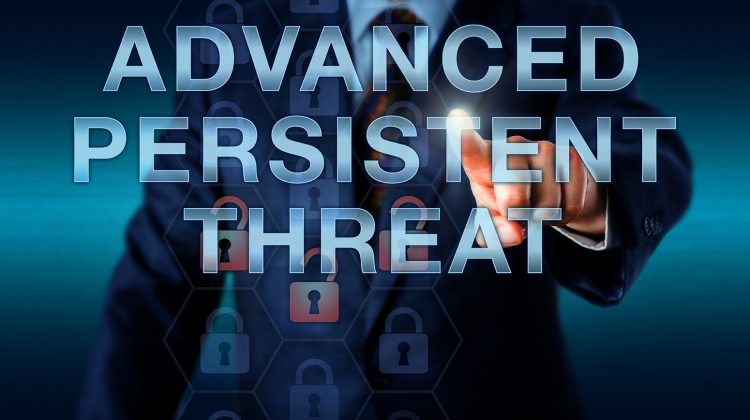 Advanced Persistent Cyber Threat – What is It, How to Detect It

Some people refer to an Advanced Persistent Cyber Threat (or APTs for short) as a form of malware or a virus. They are so wrong. Advanced Persistent Cyber Threat usually translates to a “your internal corporate infrastructure has already been compromised and the bad guys are evading your security controls and countermeasures while we speak” attack which is very difficult to fight because there is nothing programmatic about them. The vectors used in APTs are unpredictable, imaginatively ingenious, behaviourally structured: aka like a human.

But how did they get there…

The metrics clearly show that when an APT is planned and executed, but nearly always is launched via a spear-phishing (targeted) campaign against a company’s employees.  Alternatively, I have seen bad guys scatter volumes of USB thumb drives throughout the company’s parking lot, with the expectation that at least one or many persons will plug a thumb drive into an internal computer: then it’s game on.

If you hear a few executives report that they have been duped into clicking an email attachment (namely PDF or Word document), you’d be wise to begin looking for the other symptoms of an APT.

Hackers that devise and carry out APTs are well organized and work for a professional team. Recognizing the capabilities, structure, and goals of an enemy is crucial to fending them off.   Note, being respectful of their capabilities is not the same as respecting them.  You needn’t respect them: I don’t. But, I respect their formidability and coordination in order that I may beat them.

Their goal, typically, is to steal valuable intellectual property, such as confidential business plans, financial projections, patent ideas and descriptions, contracts, as well as sensitive information including personal data, credit card data, access credentials (to sell on the dark-net), and potentially your customers’ data and access credentials. It’s an unending list.

Once a beachhead has been established inside your environment, the objective of the APT is to remain unnoticed, gain intelligence, plan the mission, then execute the mission – whatever that is.

Key Signals that an APT is underway

Stockpiles of large compressed file archives  (types .gz or .7z are most common).

Reconnaissance and pass-the-hash tools left behind.

One of the sure-fire methods for detecting an in-process attack (advanced persistent cyber threat or otherwise) is being able to detect large, abnormal flows of data from internal computer to another internal computer (2) or to an external computer(s). This includes data flow from server to server, server to workstation, or network to network.

To understand “abnormal data flow” you first have to understand what is normal data flows. A core compliance requirement for PCI, GDPR, HIPAA and other regulations and standards focused on sensitive data (credit cards, personally identifiable information, and protected health information, respectively) all require that you should know where this data flows throughout your processes.  So once you know that, you can tell where these data are not supposed to flow.

The six steps (above) will go a long way towards reducing the success that a bad-actor can have to steal all your data, disrupt your operations, or hold your data and systems for ransom.