(1) Find out what the correct class name is for the Unix/Linux system.

(2) Import the management pack that contains that class definition into SM.

(3) Use the powershell cmdlet to add the class to the whitelist.

(4) Edit the properties of the CI connector and put a checkmark in the box before your MP name so it will sync it and then hit "Sync Now".

Step 1: What is the correct class name?

This server was monitored by Operations Manager and is shown below from the Unix/Linux Computers view from the Administration pane.

And from the UNIX/Linux Computers view in the Monitoring pane. 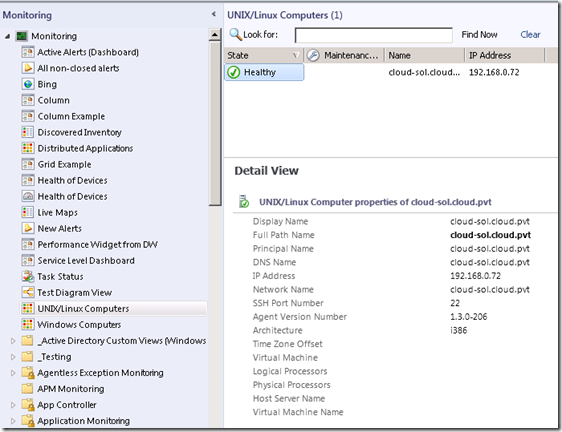 To determine what management packs were added for these objects, I used a PowerShell script which lists all objects matching the content of solaris as shown below: 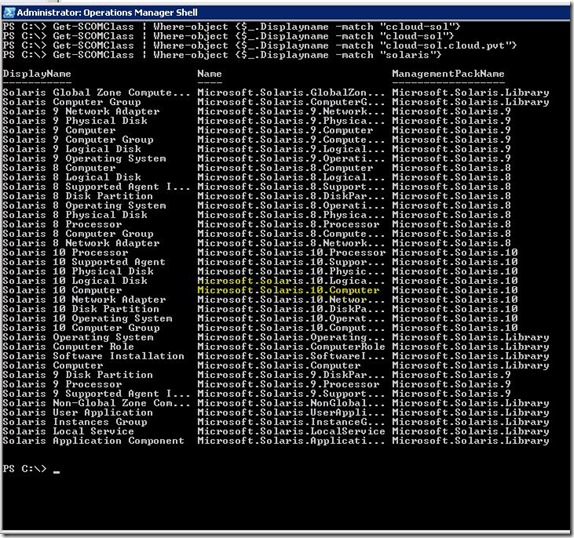 Step 3: Adding to the whitelist

The PowerShell command for this is shown below: 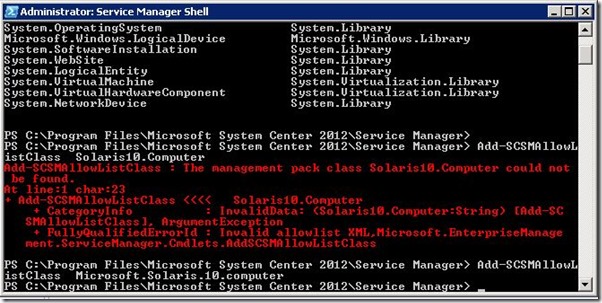 The following trick from Maarten Goet who mentioned that you can do an add of all entities to the allowed list in Service Manager so you don’t have to individually add classes to the whitelist. The syntax is:

Step 4: Changing what the connector syncs

Added the Solaris related classes to sync as part of the connector to Operations Manager. 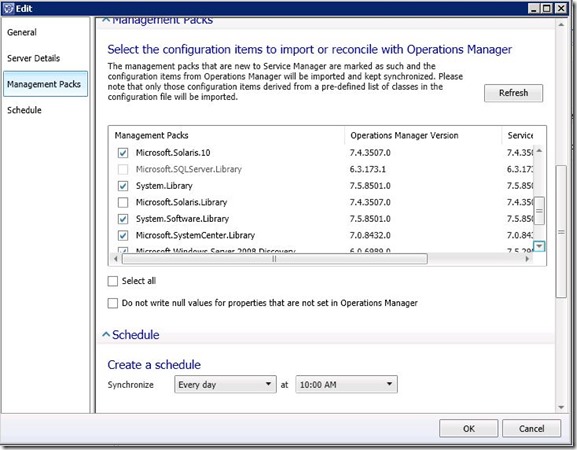 The final step was to create a new view for all Unix Computers which show the server synchronized from Operations Manager (cloud-sol.cloud.pvt). 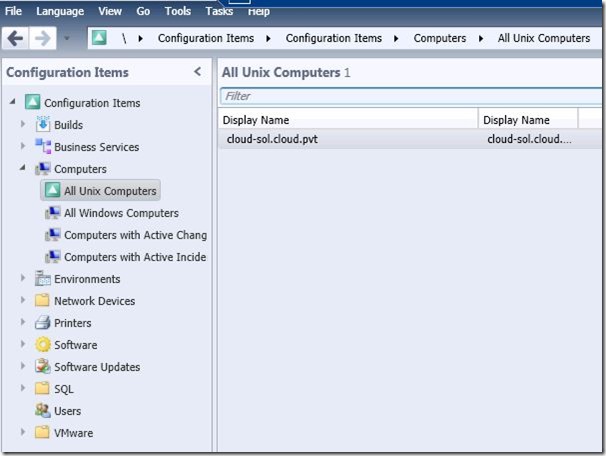 This class appears as expected within service manager and includes key information such as the name, IP address, architecture, agent version and SSH port number which Operations Manager is using to communicate with the system. 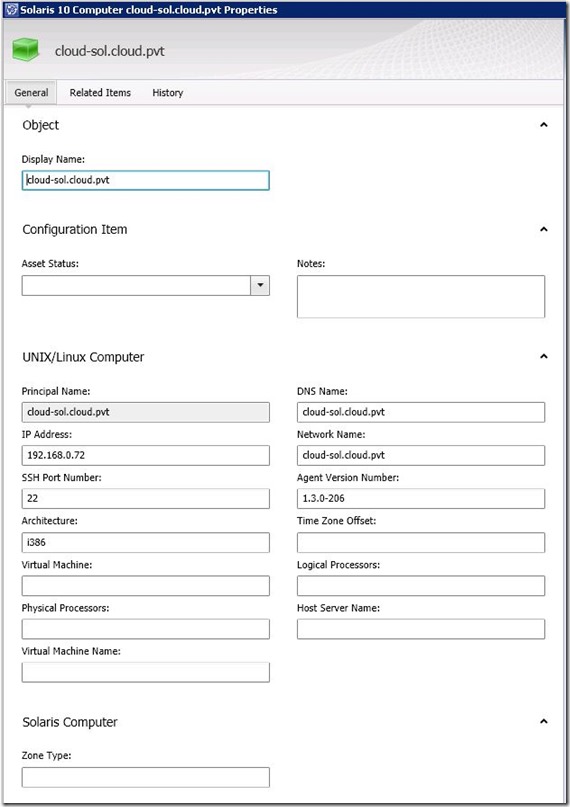 These fields can be added to the view as shown below.