Have you ever wondered what it’s like to attend the Microsoft MVP Global summit? If so, consider me as your tour guide for this year’s event. Good news, you even got some back stage passes! (BSP = Back Stage Pass)

The Microsoft MVP summit in and around Bellevue and Redmond Washington (extremely close to the home of Microsoft of course). This 3-4 day summit is held yearly – this year it was November 7-10th. The summit brings together more than 2500 MVP’s (and RD’s and Microsoft Product team members) from across the globe into one location for three major purposes:

Beware, you are about to embark into the longest week of the year… The faint of heart need not continue beyond this point…

Monday morning starts with a relatively early wakeup 7:00 – 8:00 am (all times are in PST, so a couple of hours earlier than those of us in CST – way earlier for those travelling from across the world) to get cleaned up and ready to roll and then time to register for the summit (if you didn’t happen to arrive early enough the day before to register). Registration includes an area to get a picture like this one (go Bob, go Lee!) 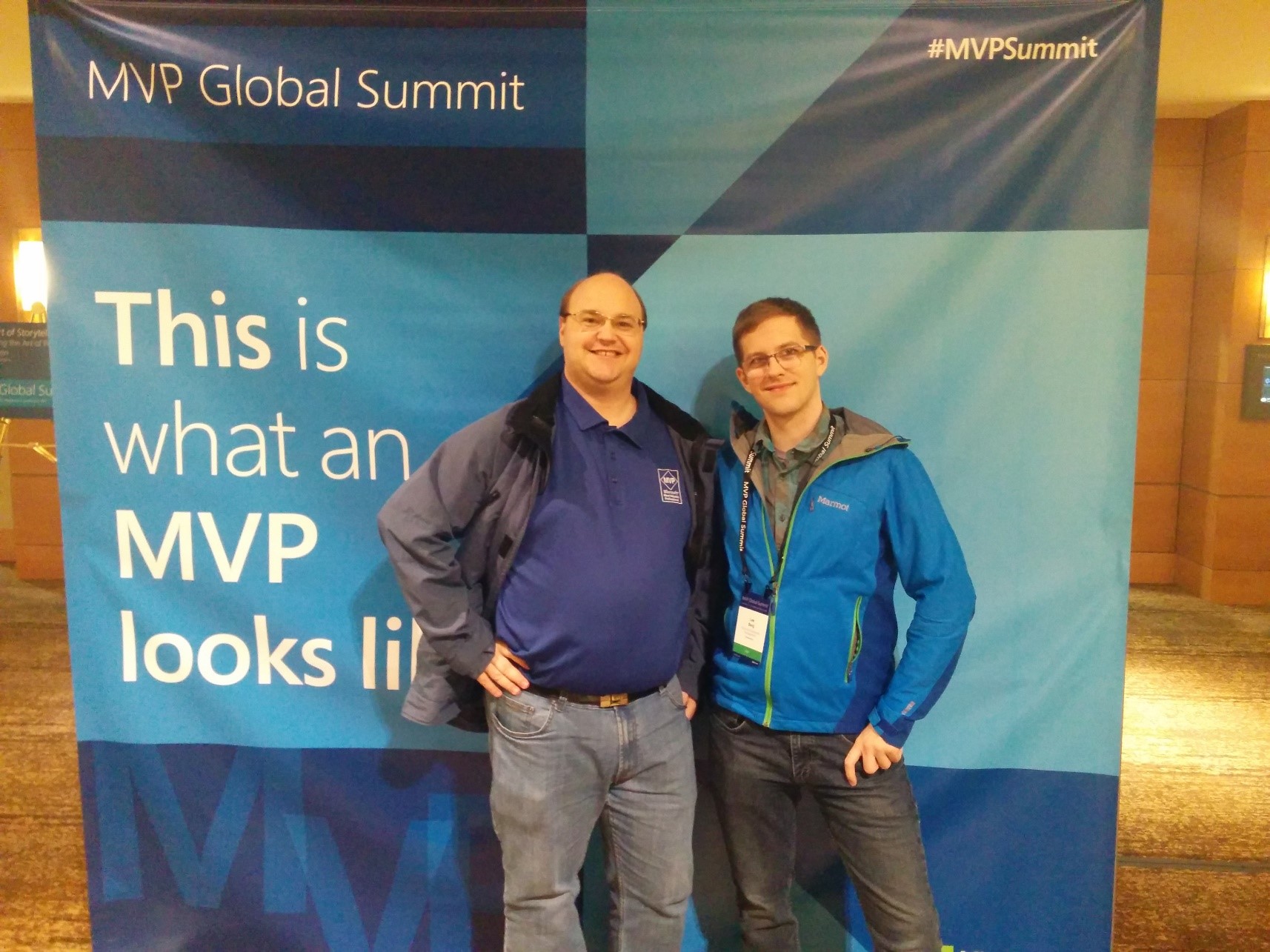 After registration it’s off to the hotel dining area for breakfast and first opportunities to run into MVP colleagues!

BSP: Most MVP groups determine a hotel which the majority of the group plans to stay at. This provides a common base for the crew during the week. This also helps when getting breakfast and/or carpooling from the hotel to campus for sessions.

Breakfast consists of coffee (including decaf), juice and water combined with a variety of items from eggs and pastries to a variety of other items. The first morning results in a lot of heart felt hugs and handshakes between fellow MVP’s who haven’t seen each other in the last year. Conversation often revolves around the schedule for the day and logistics of how everyone is getting to their sessions in addition to catching up over big events from the last year.

BSP: In our group, several of the MVP’s bring with items which their country is known for. Examples include Belgium chocolate, Australian vegemite, Stroop waffles from the Netherlands, and Texas pecans (even the vendors have gotten into this as shown below). 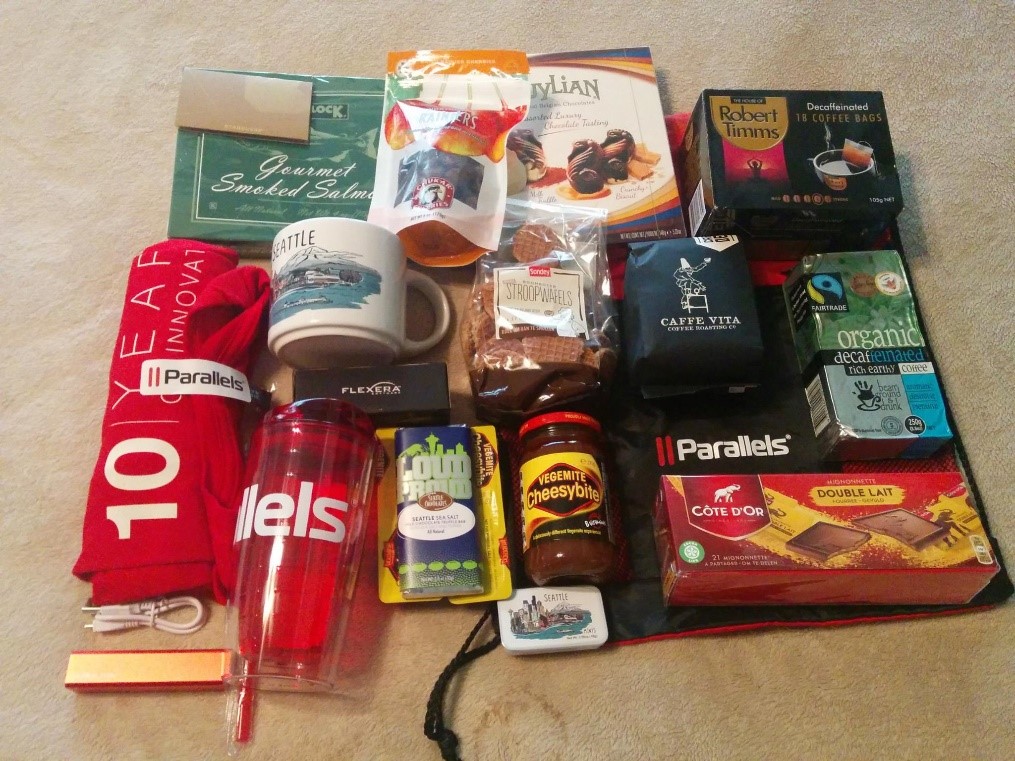 Everyone piles into the busses between locations or into cars to head out to the first day of the summit!

BSP: The summit provides transportation from the hotels to the various sessions which are scheduled as well as transportation between the sessions. Many longer term MVP’s end up getting their own cars for transportation and MVP’s often carpool to catch up and have additional flexibility for when and where they want to be during the summit (check out the sweet ride from this year’s carpool at the summit!) 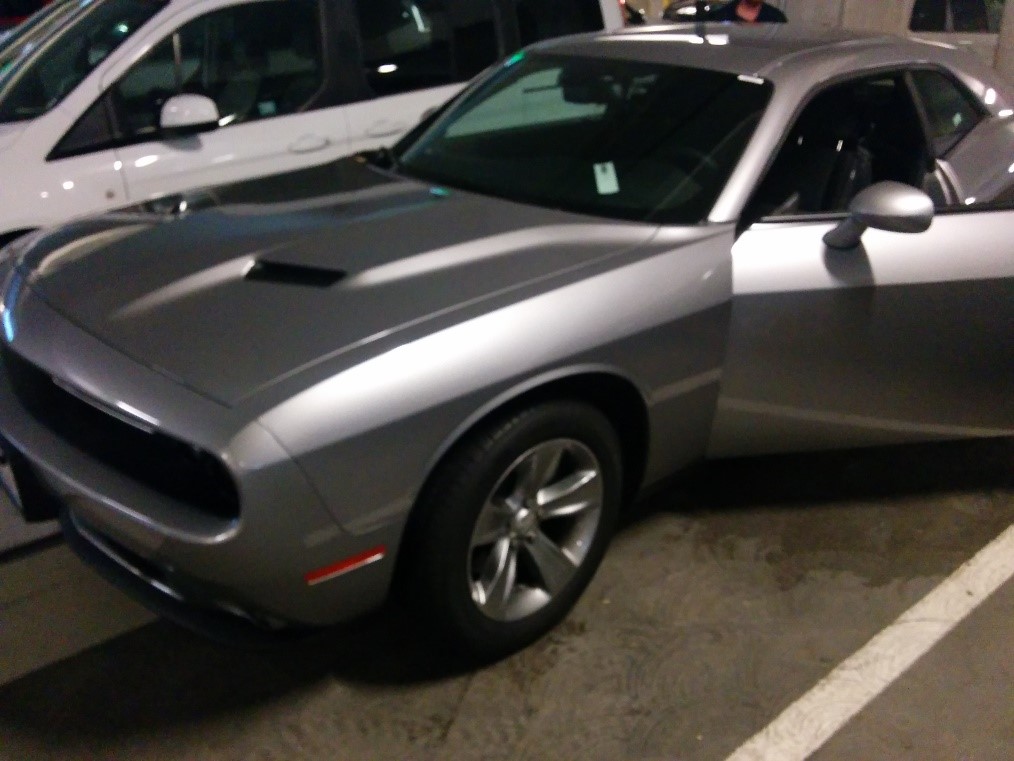 The first day consists of attendance at large-scale presentations in auditorium style seating to accommodate larger audiences and topics which span multiple MVP areas. Once arriving at the summit before you arrive at your first session you run into the TLA which will define your week. The dreaded Non-Disclosure Agreement…

Sitting down at your first session at the summit, on the first slide of the session you see the familiar TLA which fill fade us to black for a while.

BSP: The longer term MVP’s show up early and often will stake out a couple of rows of seats for their group. This gives everyone a chance to catch up and sit together during the sessions of the day.

Coffee and snacks are provided during the day as well as lunch which is provided in the same general area where sessions are occurring. Session content is in many cases extremely good and questions and answers are lively. Throughout the day, everywhere you go (other than the restroom) and every session you attend reminds of the importance of the TLA.

After a full day of sessions, there is a reception on Monday night in one of the primary hotels associated with the summit. After the session there are a variety of social gatherings giving MVP’s a chance to grab dinner and to network and catch up. For most the evening ends somewhere between midnight to two-o’clock in the morning.

Tuesday morning starts with a little earlier wakeup at 6:00 am to get cleaned up and ready to grab breakfast and be ready for sessions before 8:00 am. There are more than 600 sessions at the MVP summit so this provides a lot of options to choose from. Sessions are in smaller rooms as they are now more focused on the specific technical areas that we are involved in. As the first session starts, we are greeted by our good friend TLA where we again fade to black…

As with the first day, snacks and coffee and lunch are provided and sessions are even stronger as they are more focused on the area of interest of this particular crowd. When there are opportunities it is a great idea to walk around and check things out. I saw some incredible hydroponic gardens and other odds and ends that I wish I had taken pictures of. For now these will need to be sufficient:

BSP: If you happen to be a V-TSP (or P-Seller now) and have a badge which is activated on the campus that makes it much easier to get around. You can also get to kitchen areas where you can get water, coffee (fresh brewed – including decaf) and sodas. 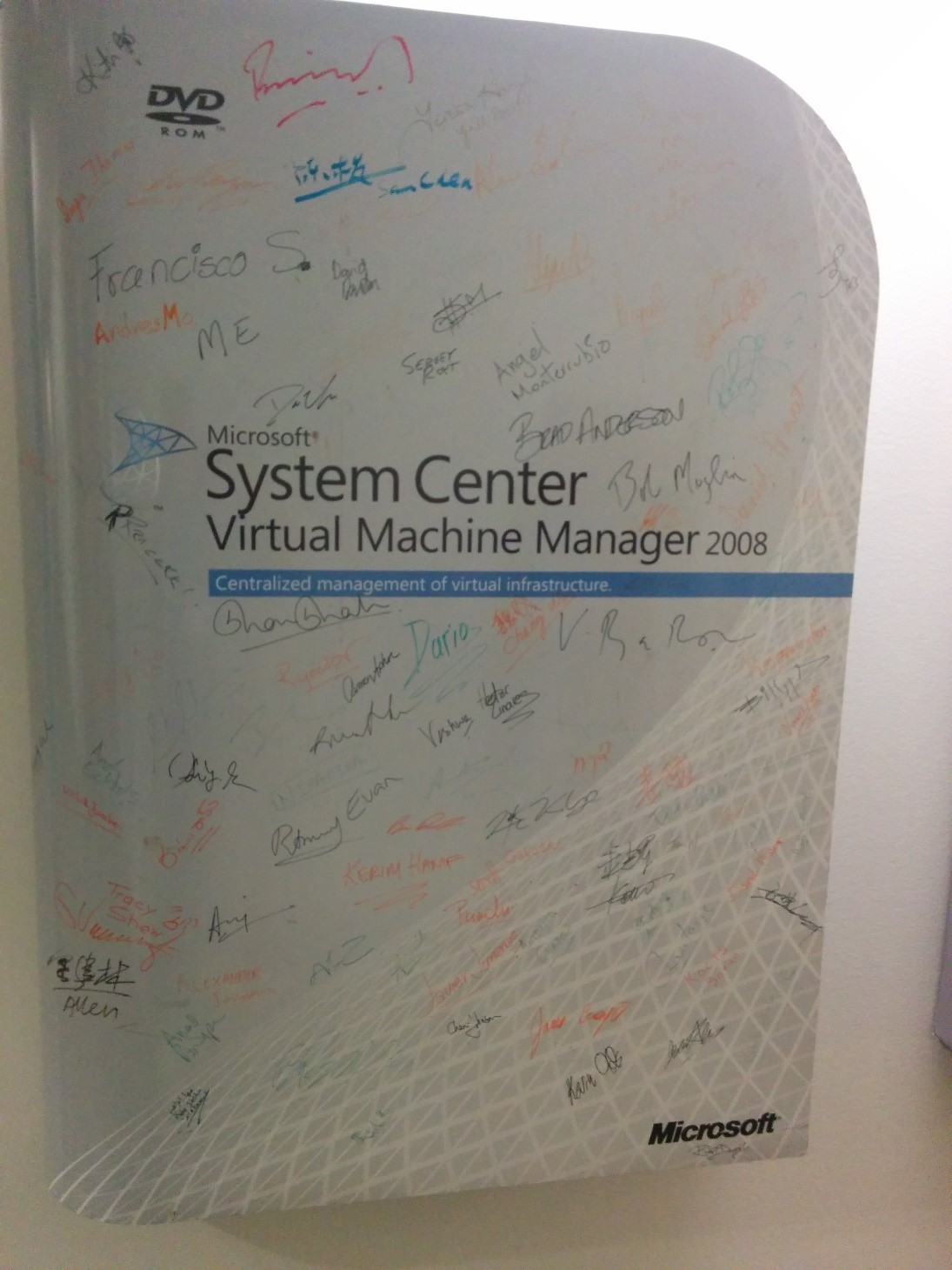 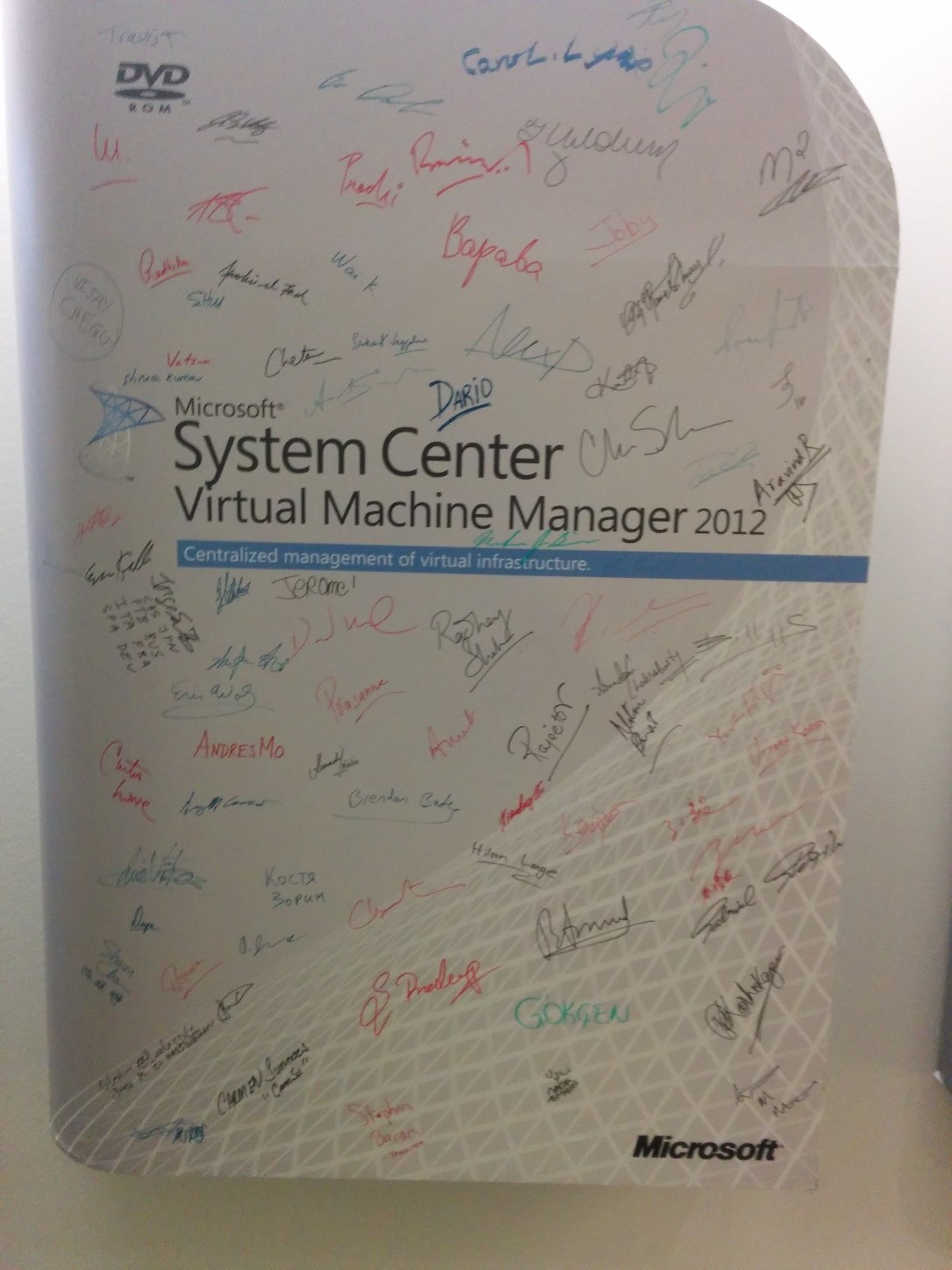 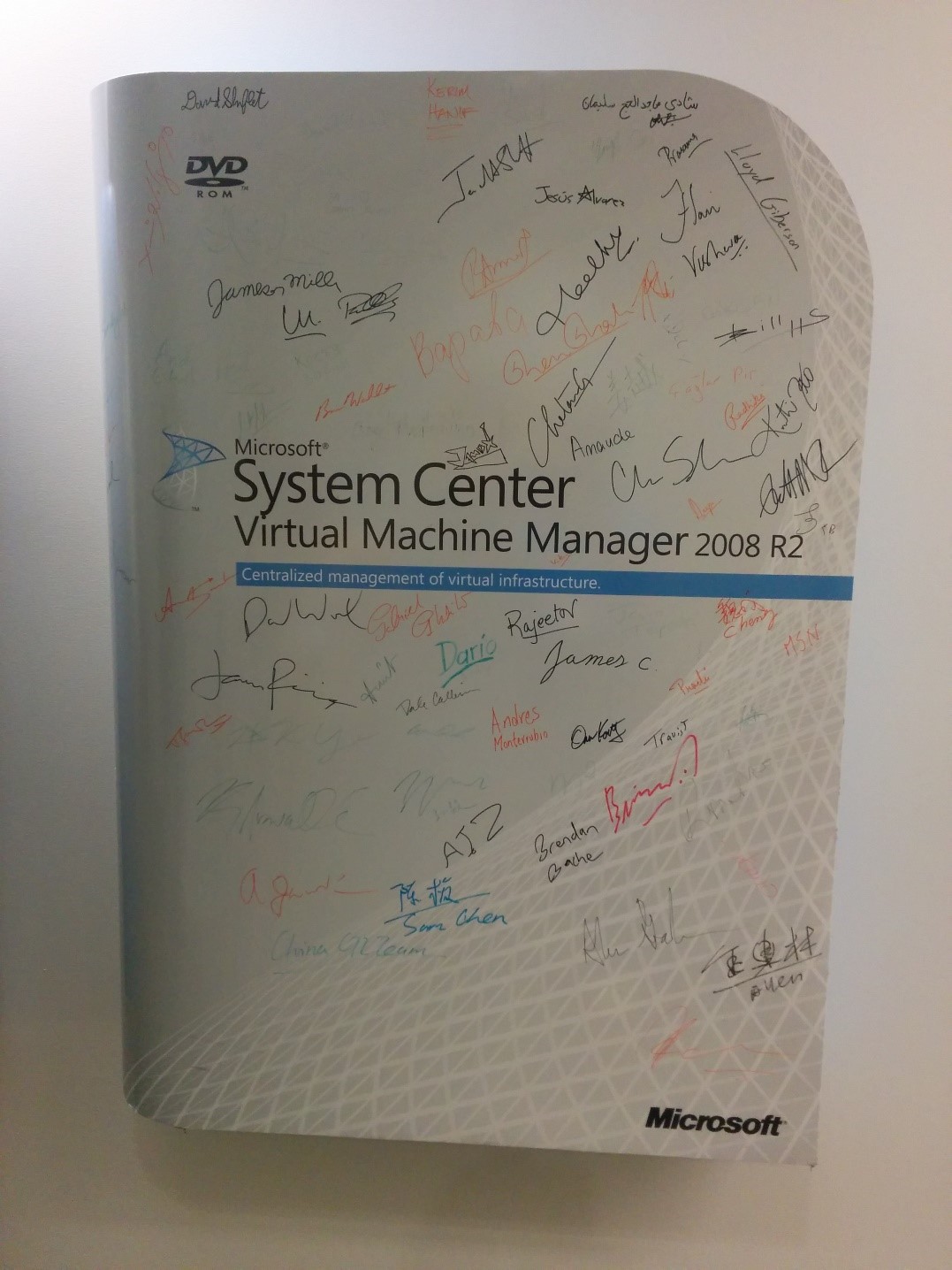 BSP Decaf coffee is definitely the odd-man-out at a summit like this. You can pretty much guarantee that regular coffee will be there all day long, but decaf is generally treated as a second class citizen.

Tuesday night has socials for different MVP geographies and smart vendors have also realized that this is a great chance to meet and greet with MVP’s while they are all in the same area. For most the evening ends somewhere between midnight to two-o’clock in the morning.

Wednesday morning starts feeling a little bit inhumanly early to get up as you struggle to move at 6:00 am to get cleaned up and ready to grab breakfast and be ready for sessions before 8:00 am. Sessions continue in the smaller rooms and most of the hard-core are bright and chipper as the day begins (though some do straggle in over the next few hours). 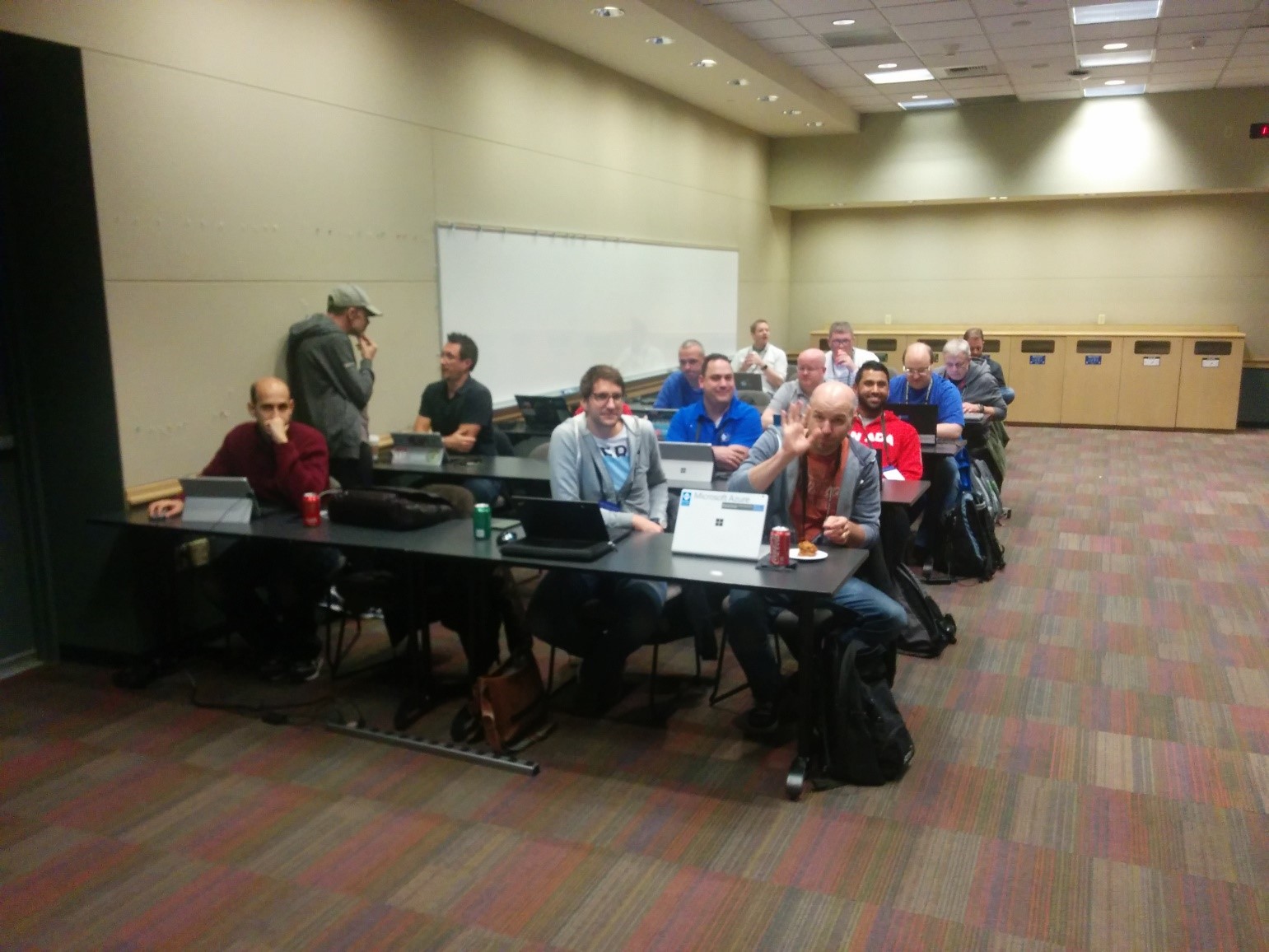 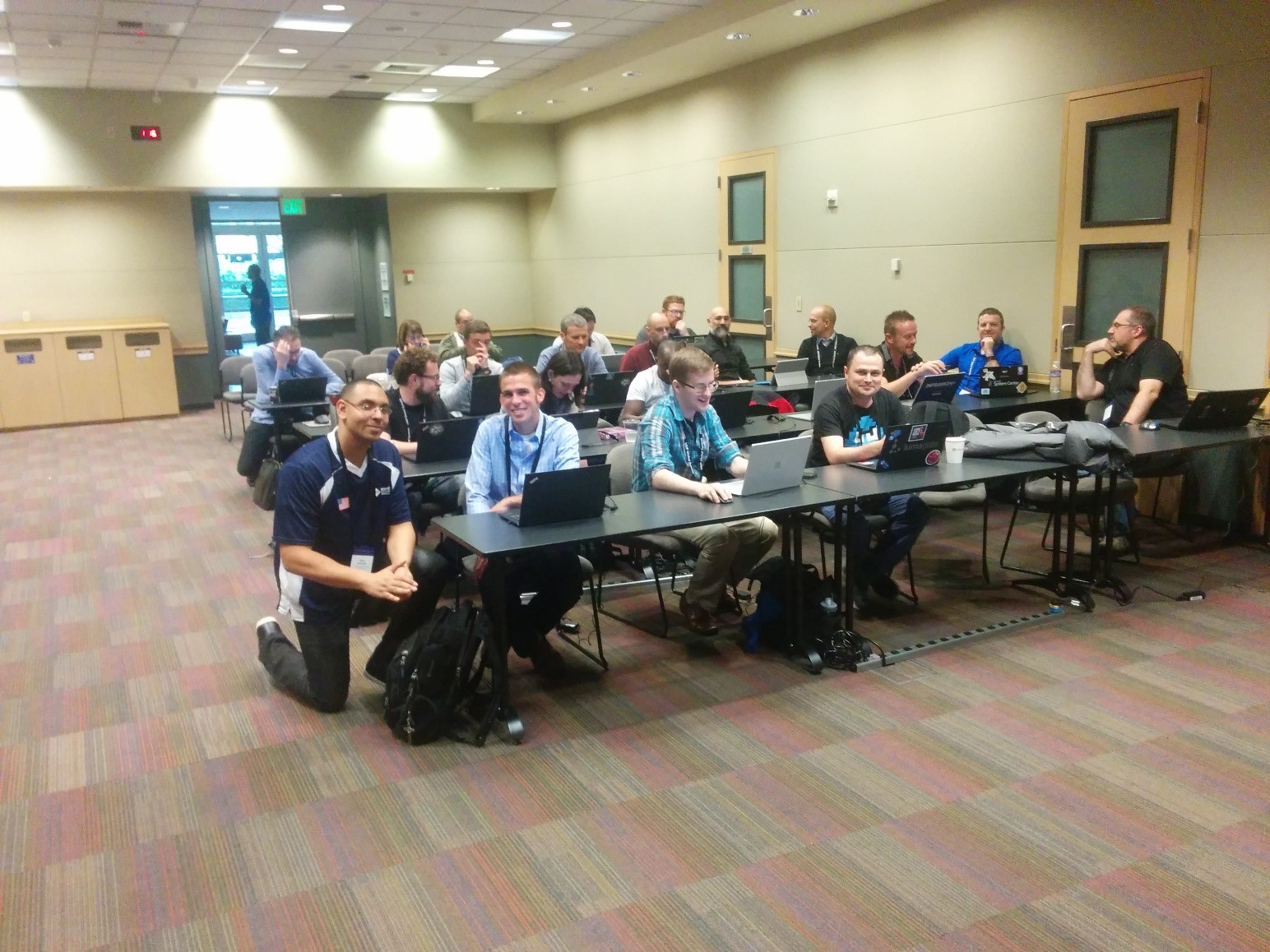 At various points during the week, there is the opportunity to go and visit the Microsoft company store in Redmond which is a must-see! 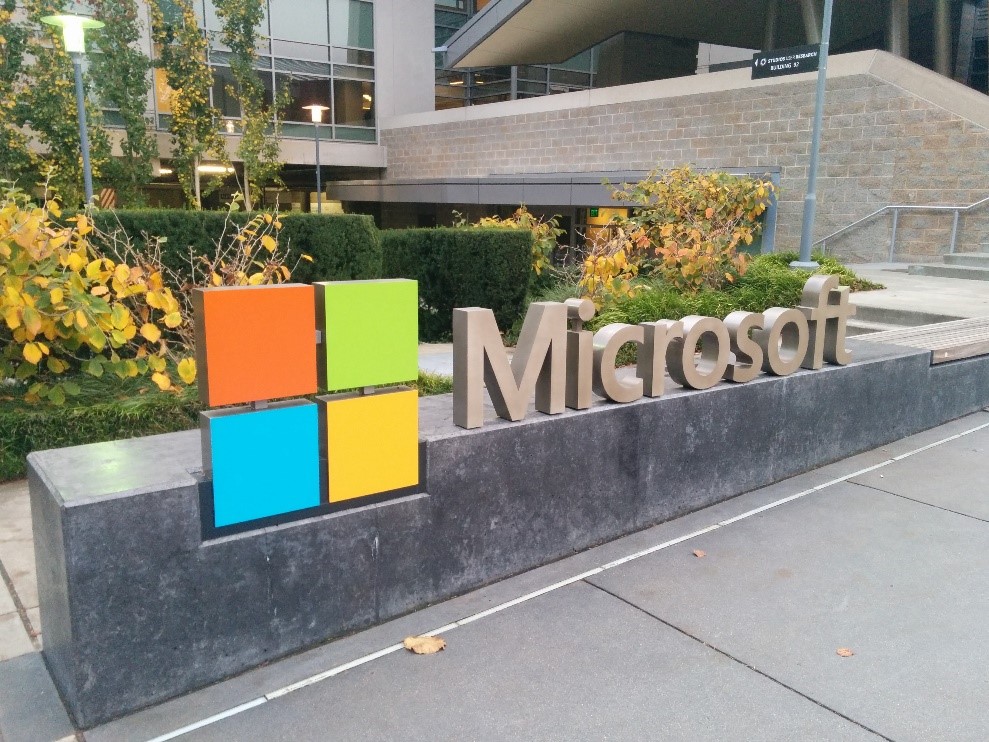 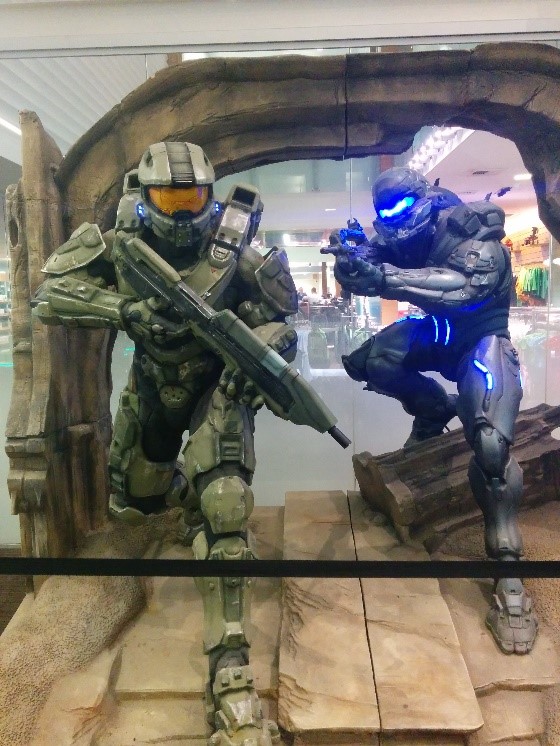 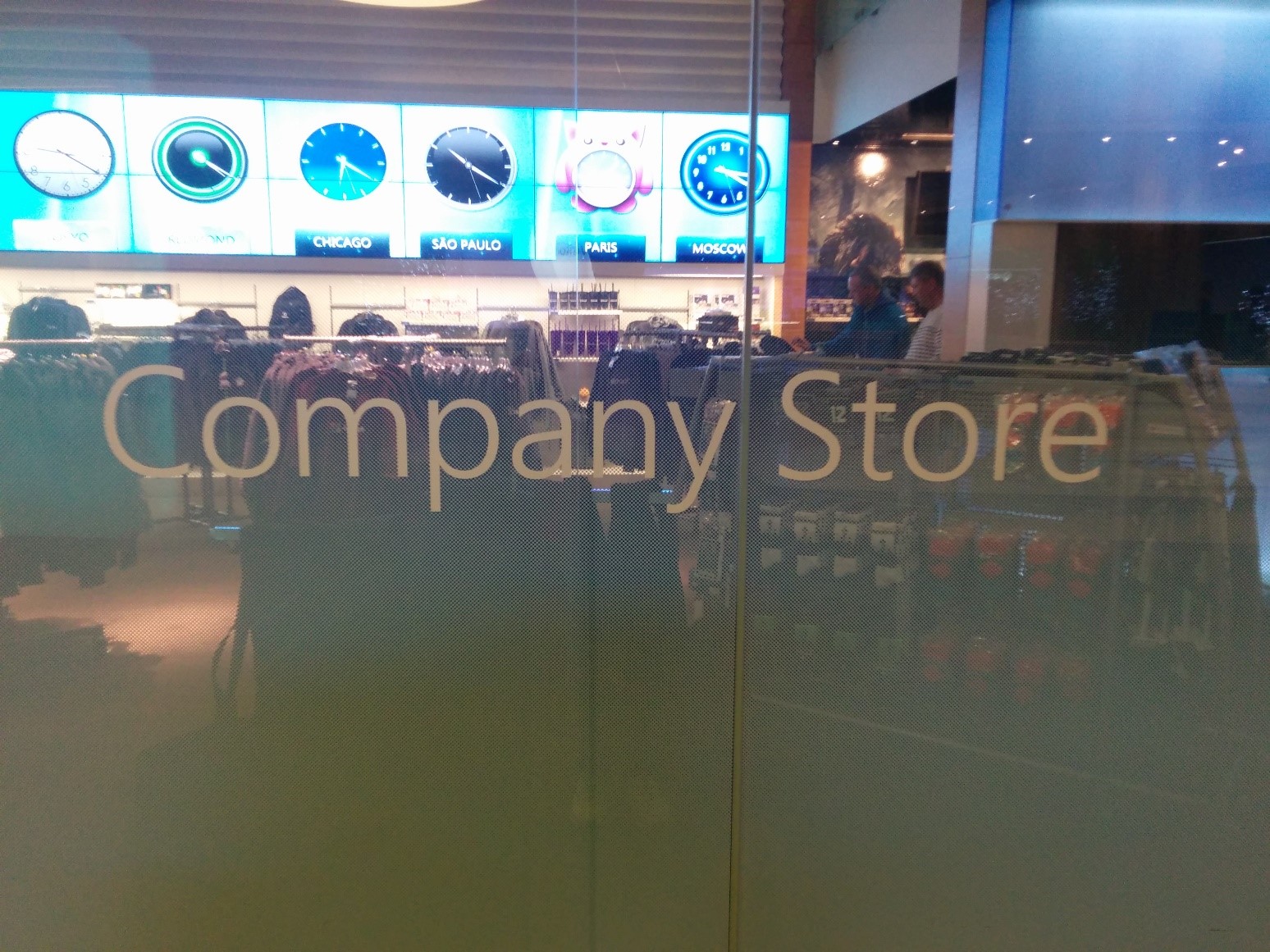 Across the way from the company store is the Microsoft Visitor Center which is also a must-see! 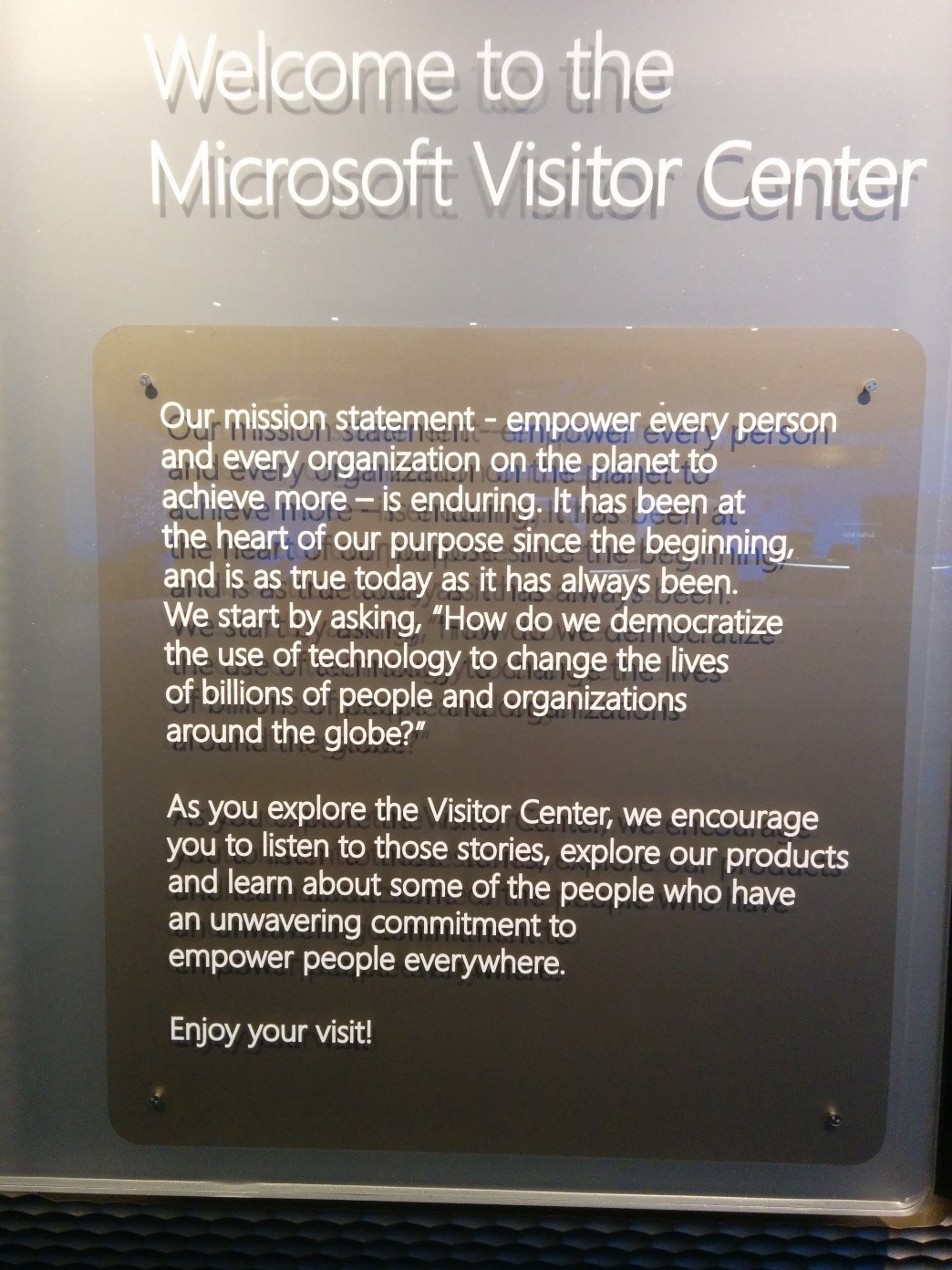 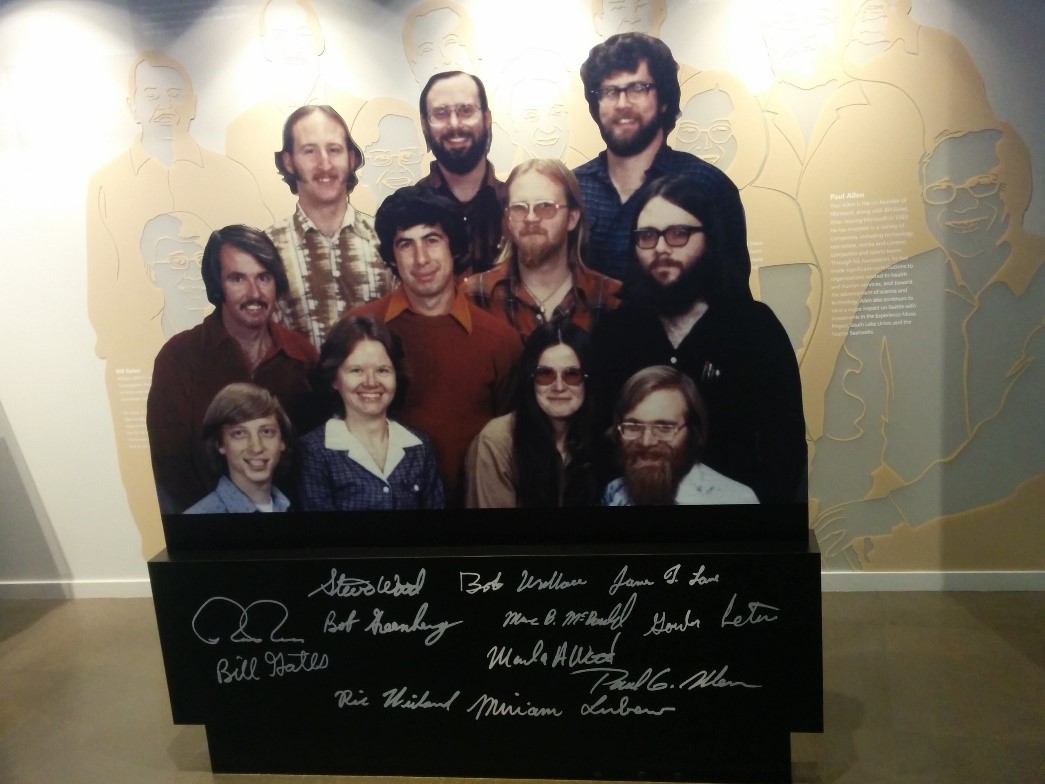 Wednesday night is a general free-for-all with most of the older MVP’s deciding that it’s a great night to get something closer to a full night’s sleep. Others still wrap up the evening somewhere between midnight to two-o’clock in the morning.

But either way, we’re at campus now and continuing onward! By this point in time decaf coffee is a long departed memory and the limits of caffeine are being pursued.

The first slide of the deck goes up and we hit TLA… again.  Not really sure life was a little blurry at this point in time…

Either way, the message is loud and clear.

After wrapping up a fourth full day of sessions, for our group there is only one word which can effective wrap up this type of a week… WhirlyBall! What’s WhirlyBall? Think basketball integrated with lacrosse and played in bumper cars, with beer between games. Oh yeah! 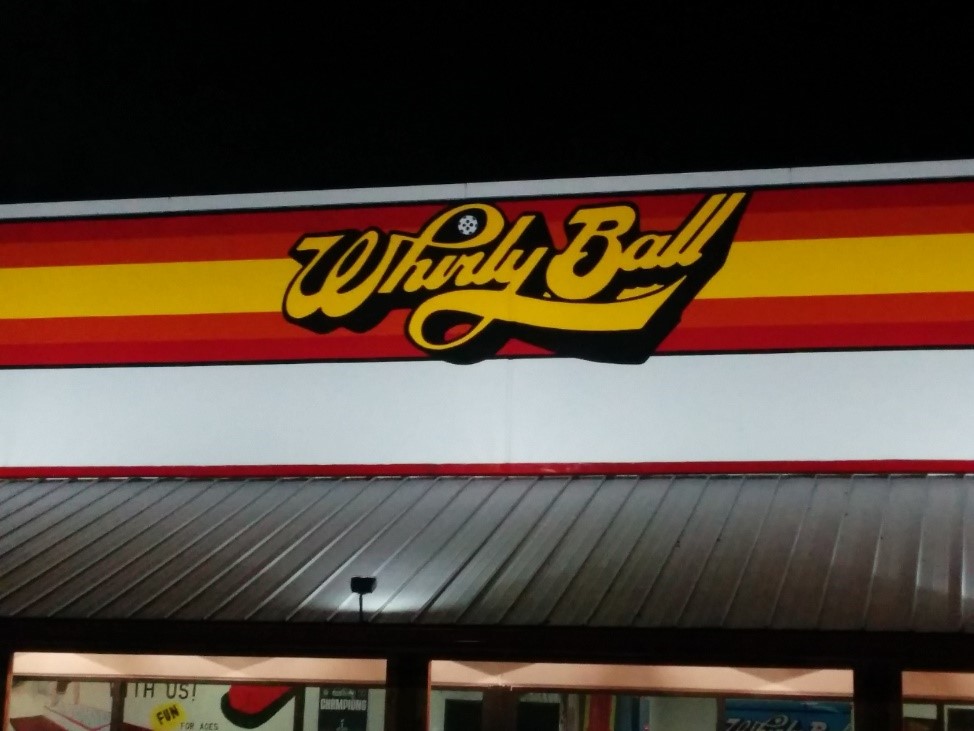 BSP: If you are offered the opportunity to go to WhirlyBall say yes. 🙂 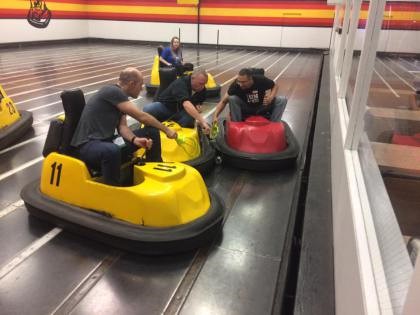 When did we wrap up? You guessed it, somewhere between midnight to two-o’clock in the morning.

Wait, there was a day 5? Officially there isn’t but for many the 5th day is a chance to either go shopping, fly home or spend a last few hours on campus with the product team.

BSP: Going to the MVP summit from over-seas? Pack an empty bag to bring back gifts for family members.

BSP: Some groups gather up the Sunday before the summit. Check with your crew to see if they have something fun planned!

Closing: I hope that you have enjoyed your tour of the MVP summit and that you learned some interesting things! In my opinion is the number attendance at the summit is the number one perk of being a Microsoft MVP. The ability to spend quality time learning from the Microsoft product teams is invaluable, and the friends that I have made over the last decade in this program are more than friends – they are like an extended family.

Do you want to know more about the MVP program and the summit? Check out these links for some additional readings.