A Practical Example of the OpsMgr “QuickReports” approach

In a previous post I introduced a concept I’ve been thinking of QuickReports – IE: How do I quickly generate a report that I need in Operations Manager. I was recently asked “how do I quickly generate a availability report for all of the servers in a group or for all of my servers?” I can use the Microsoft Generic Report Library / Health report. However I need to choose each of my server’s objects because there is no intelligent filtering built in to this report. This means that I need to know the object that I am looking for, and then add each of the objects that I want to include in the report. Without the ability to filter on objects which actually contain data this is kinda like shooting in the dark and is one of the biggest frustrations that I hear about Operations Manager. 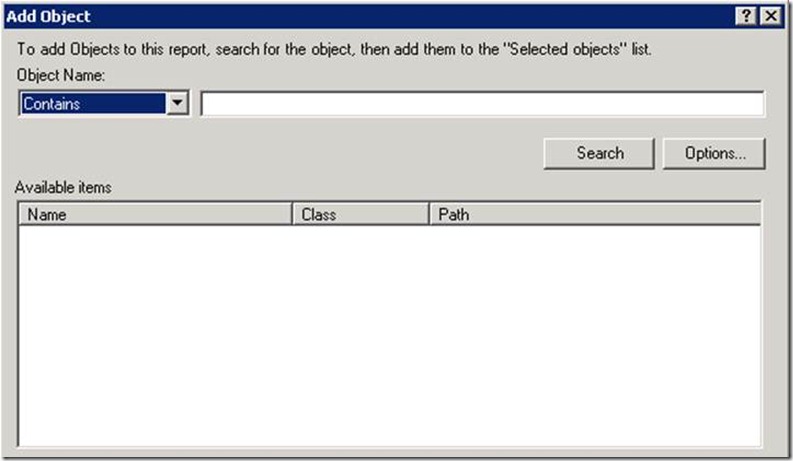 Creating a report based upon a pre-existing report which has filtering operations is much simpler. Reports with the ability to filter look like this: 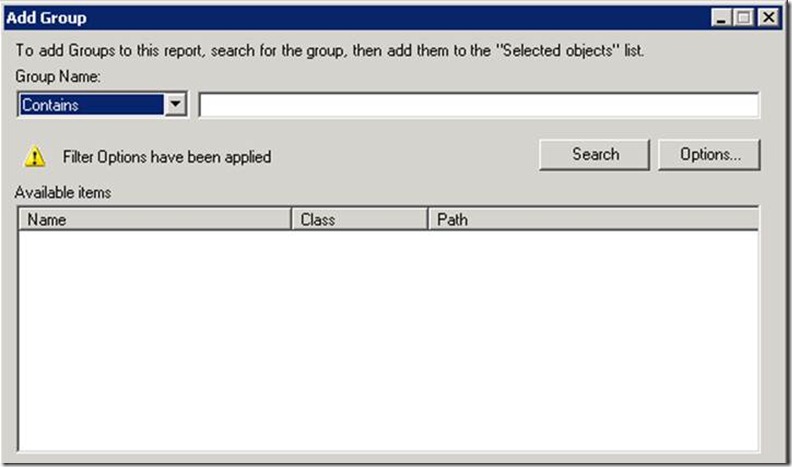 Unfortunately, a lot of reports do not have this capability yet. Within Operations Manager reporting, before you run the report it tells you what objects will have data in the details of the report. In the case of my availability report example, the “Windows Server Operating System” object provides the availability report that I am looking for.

In Operations Manager if an object exists and the object has reports available for it, when the object is selected the corresponding report can be run when the object is selected. When this occurs, the object(s) selected are passed to the report. This makes it easier to run the reports as I do not need to determine what objects I need, I just select them from my view and run the report displayed in the bottom right corner. To facilitate this, I have created a management pack called “QuickReports” and I am starting to create views in this management pack which make it easier to generate the reports I want in my environment. For this report I create a view for “Windows Server Operating System” (note the name of the view and it is also set to show data related to the same name). 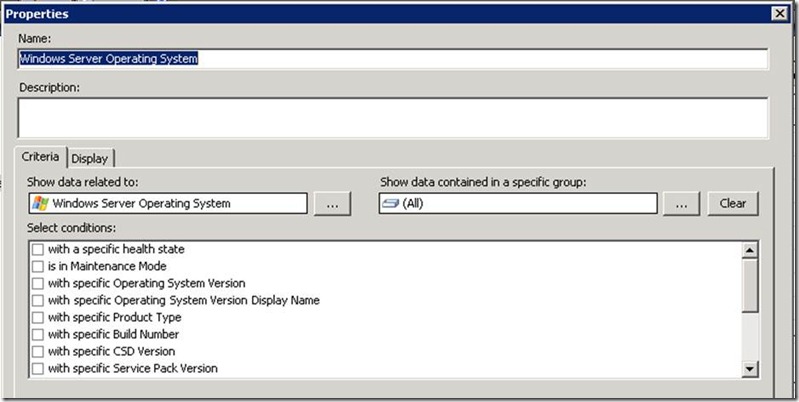 There is a registry change which is available that makes it possible to select more than 10 objects from a view and pass them to the report (discussed in the blog article discussed above). After making the registry change you can select more than 10. Highlight servers, and run the Health Report. In this view, I selected the servers I wanted and ran the Health report shown in the view below.

Choosing this report from the bottom right corner with the objects selected results in Operations Manager passing the objects as for the report.

And then the report can be run for the objects which were highlighted. 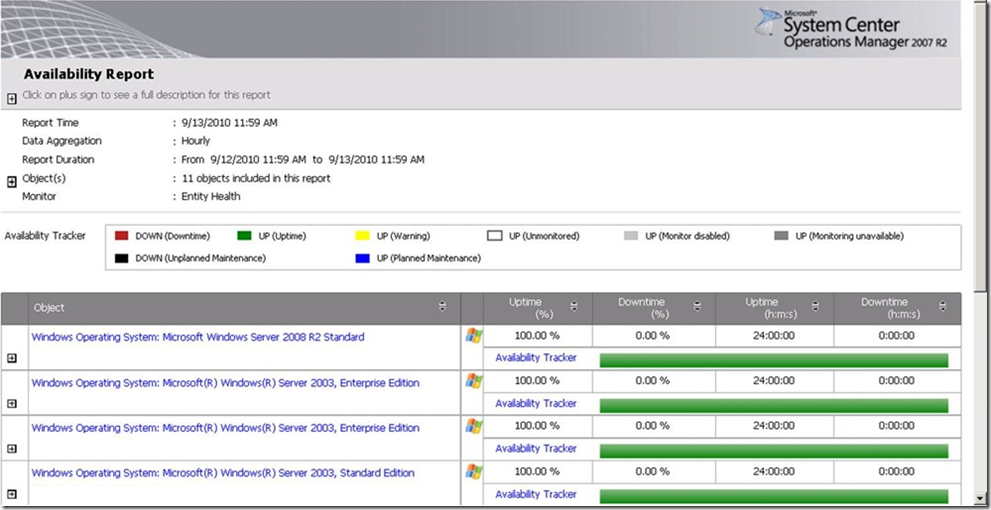 On my view I can use the Scope option to choose a group of servers (such as SQL 2008 Computers) to limit it to a specific group of servers which can then be selected and passed to the report. I can also use the look for functionality to match the names of the servers I am looking for.

Summary: The core concept I’m advocating and labeling as “QuickReports” is really to create a folder which contains views where we can display the appropriate entities in Operations Manager and to use the existing ability of Operations Manager to correctly pass these as parameters to the report. Think about how much easier it would be to create a free disk space report for a large number of servers if all of the drives were listed in a view and you could just highlight the ones you wanted and ran the report.